Today's cards from the COVID lot have the theme of being shiny! Yeah, not sure why these were really together, likely just out of randomness, but that's fine! 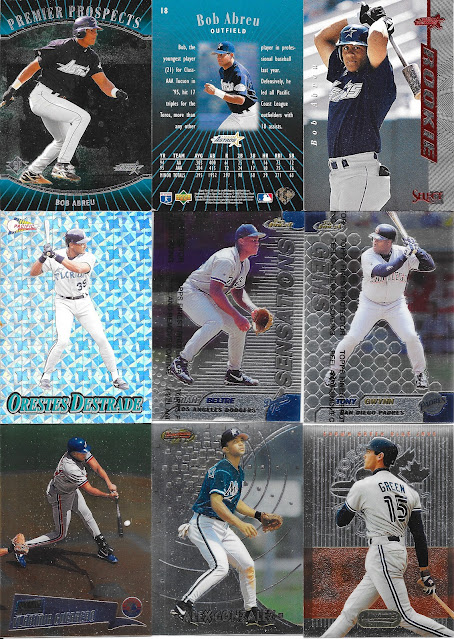 Chrome cards are usually dark but give a nice shine, and some solid examples of that here, but the interesting card to me from this bunch is the Orestes Destrade. A great example of Pacific being Pacific, you can see the flashy design, but there were a couple versions and this one had a print run apparently, of 8,000. Print runs don't really have the same impact to me as serial numbered cards, even though the print runs could be low. I mean, every card has a print run, so maybe that's why it doesn't feel the same (even though it probably should). A serial numbered card is one that just shares and screams it's print run out loud for everyone to hear, but should that make it more special?
We also have a new for me Shawn Green Jays card - nice! 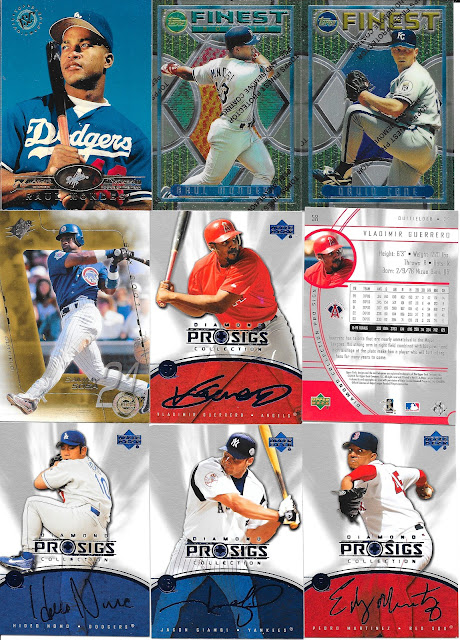 The Pro Sigs cards are quite shiny to, just specifically the blue foil used for the logos and faux signatures. With all the cards today, just a few keepers, but the Pedro one is included in that at least since it's an uncorrected error card - easy one to spot too as the signature used on the front is Edgar, not Pedro. 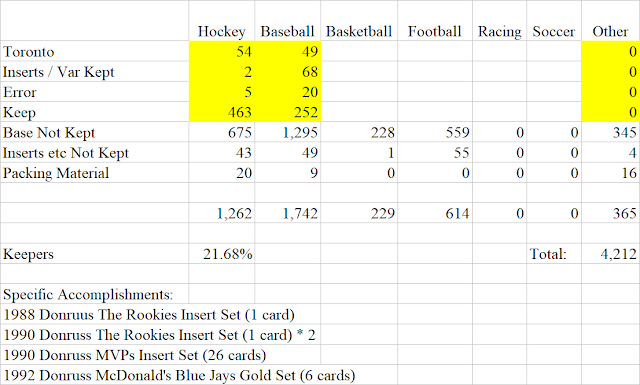