King of the Hill

That was a great show, I tell you what. Before we get to the man inspiring that title, a couple other players with some cards in the lot pull today. 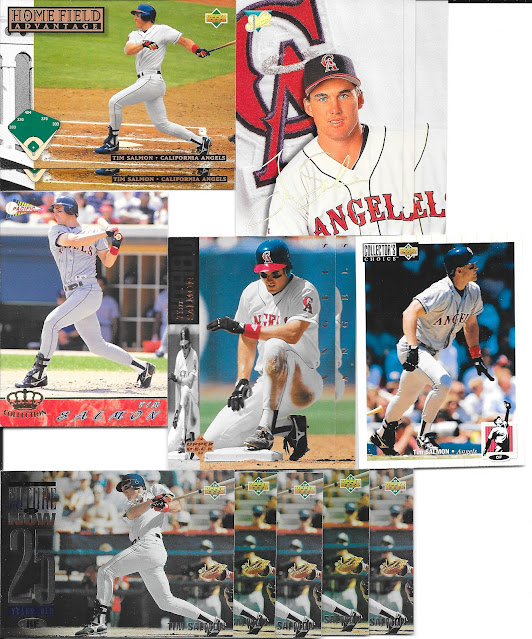 Tim spent his career - from 1992 through 2006 - with the Angels, whether you call them Anaheim, Los Angeles, California, or any other place.
Tim was obviously a solid player to last with a team his whole career, though he was just short of being Hall of Fame caliber. In a full season, for most of his career, he would be good for about 25-30 home runs, about 90 RBI and a.280-.290 average which is solid for an outfielder. Unfortunately he missed all of 2005 due to injury, but was able to come back for some games in 2006 before hanging it up. 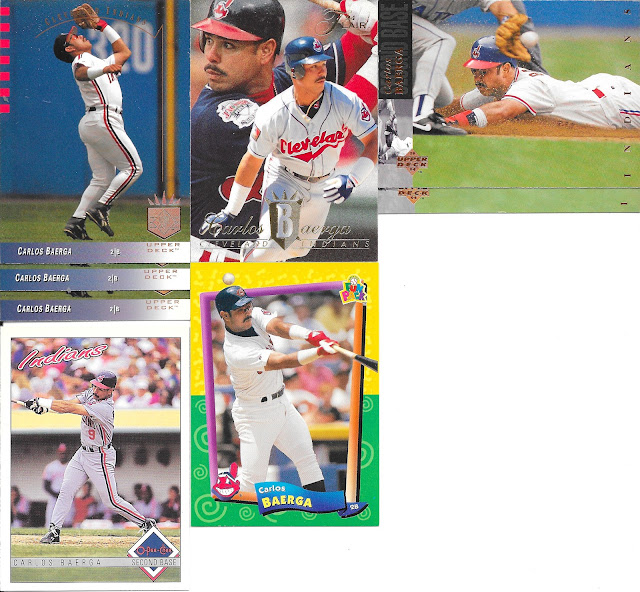 If we were to compare him to Tim, Carlos didn't have the power with his swing, though being an infielder, his defence may be seen as a bigger asset and the power expected to be a little less in general. His career was 1999-2005, and he travelled more than Tim, but again, it was a solid major league career, but didn't end with any votes to the Hall. 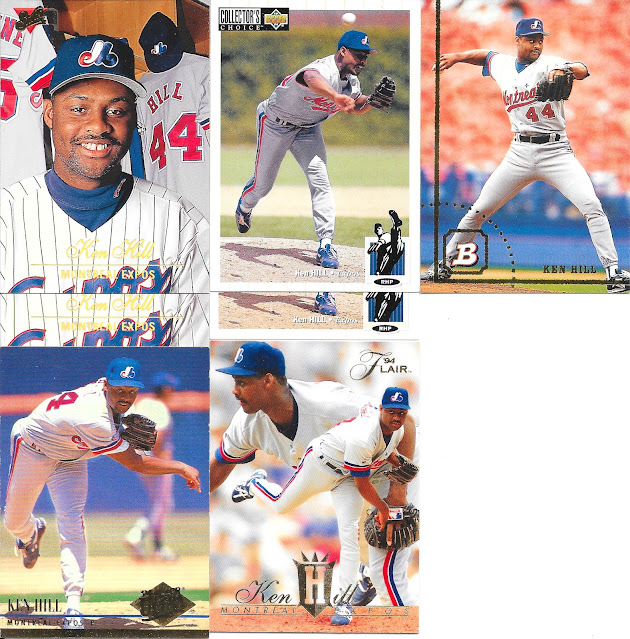 Ken had a 14 year career, but the highlight year stands out, which was 1994. That year will ring bells with Montreal fans who felt a World Series was stolen due to the strike and their great start that year.

Also stolen, well kind of to Ken was the award for king of the hill. I mean, Greg Maddux that year was lights out and won 100% of the Cy Young first place votes, though Ken ended up second. Any other year, he likely had a much more reasonable chance at the award, but not in 1994. That was as close as he got to being king of the hill, and his time in Montreal, was the best he pitched in his career. 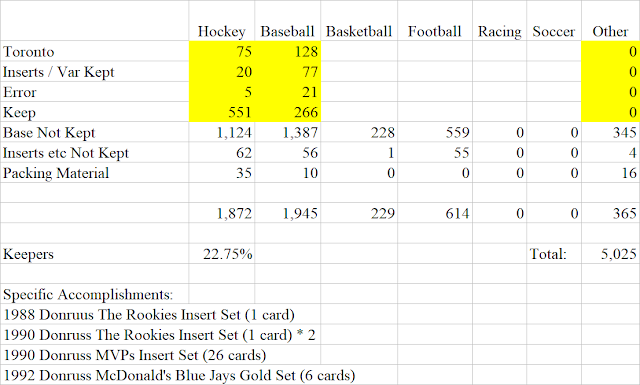 We end today with a PWE trade with TCDB member TDorsay - who I have done a number of trades with through the site, but also a few others not site related. A great guy to deal with, and was nice enough to reach out and offer up the following... 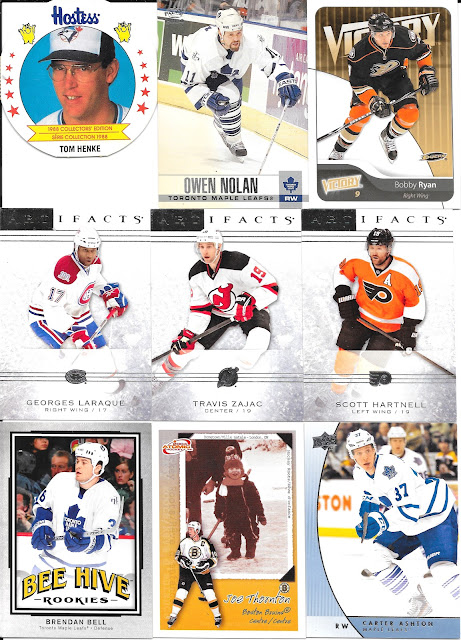 A couple sets helped - I especially like the 2014-15 Upper Deck Artifacts set and it's been a slow build since I got a box to get a good start on the base set. The Thornton card actually completes the 10 card insert set from the 2003-04 McDonald's set. 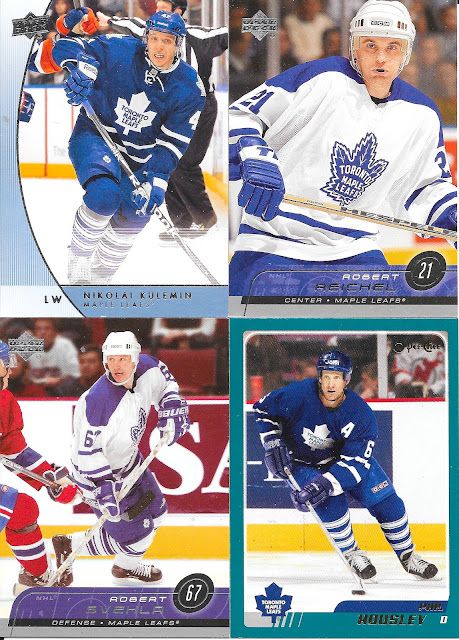 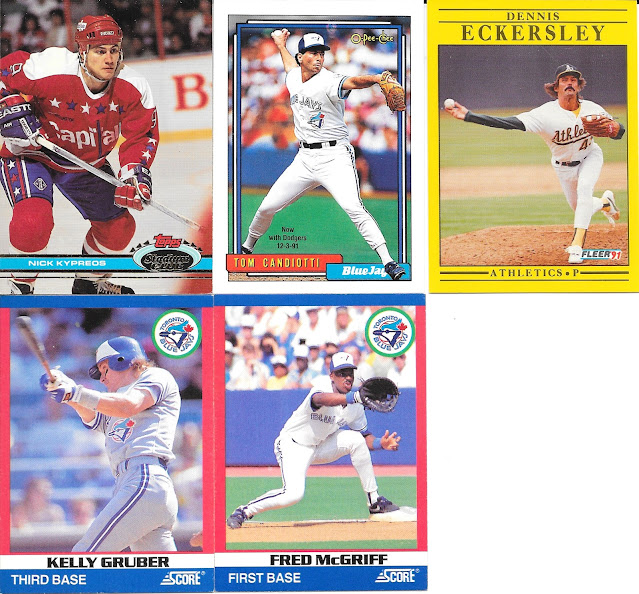 Speaking of complete - the 100 Superstars set from Score in 1991 is now complete for my Jays team set as these two allow me to have all 4 cards.
Appreciate the trade Trevor, as always!
Posted by CrazieJoe at 8:00 AM