Since It's a Toronto Set

Okay, so this release - 2003-04 In The Game Toronto Star was a 100 card set and whereby you could buy packs of 4 cards and ran for a limited time in October 2003. I have no recollection of this, though I do have some of the Leaf cards from the set from trades, and a few cards from lots or assorted card pick ups at the dollar store over the years. 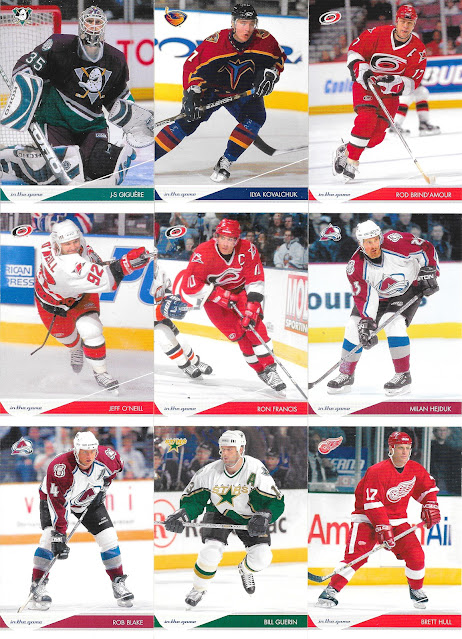 With it being a 100 card set, and having about half the set in hand after including these pickups....and given it's a Toronto Star release, I am adding this set to the back burner build pile. Just to be clear, that list of sets is about 100 sets in hockey and about the same in baseball, so there's plenty of cards out there I "need". 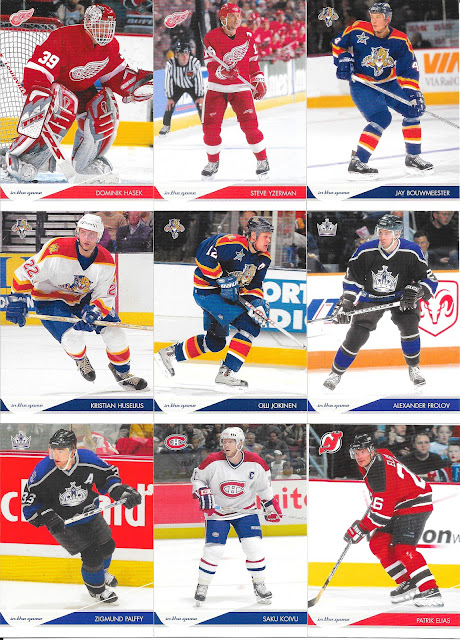 Simple enough design for the front, and plenty of stars of the game. I don't usually like much about In The Game releases, but I can get behind the front of these cards. 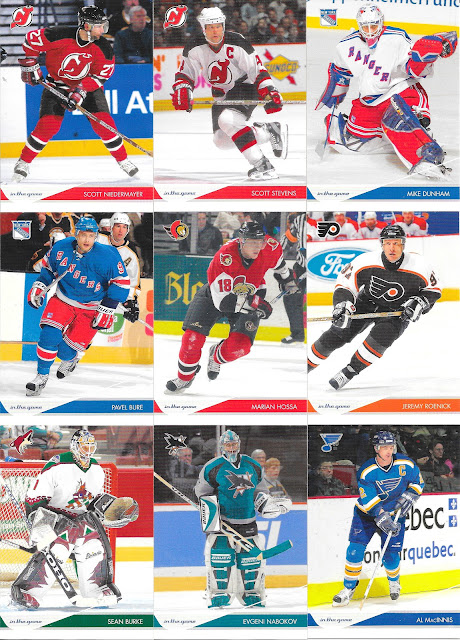 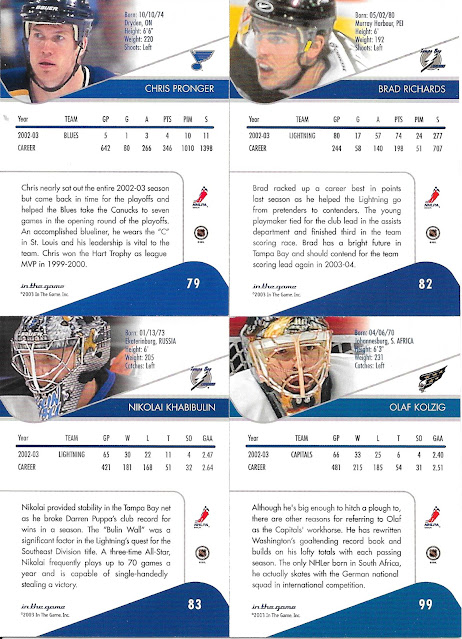 The backs are a bit more painful with the limited stats and colour design waste of space in the bottom right. Oh - and the fact the photo is the same as the front.....lazy! 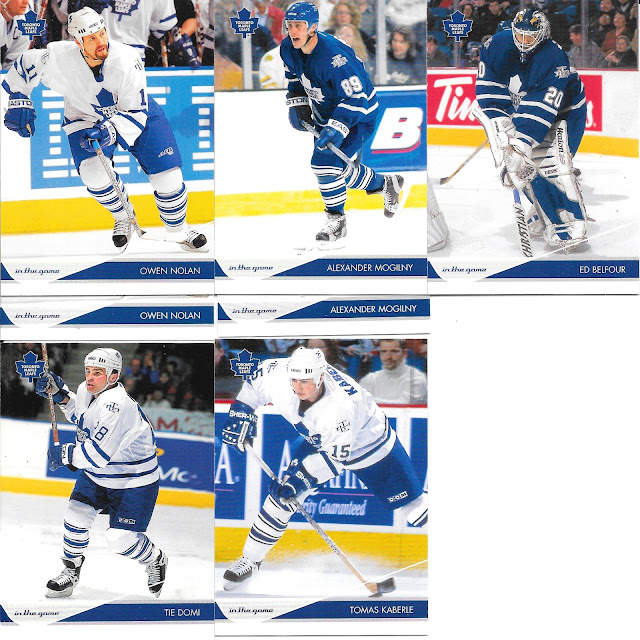 I will say, good points for the Leaf inclusions here though with 7 cards in total! Some personal all time favourite Leafs too with Mogilny, Belfour and Domi. Definitely an above average day on the cards today. 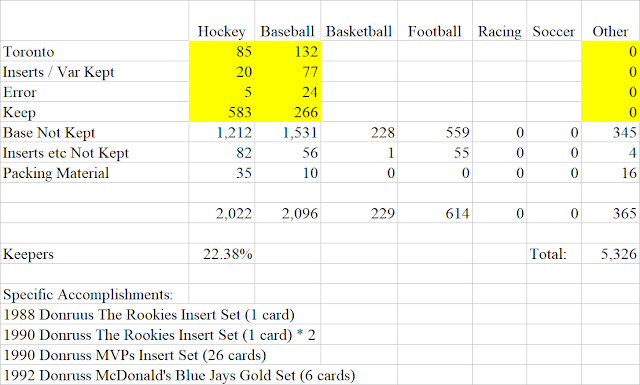