When talking about hockey and the last 30 years, no denying that these few players are stars of the game. 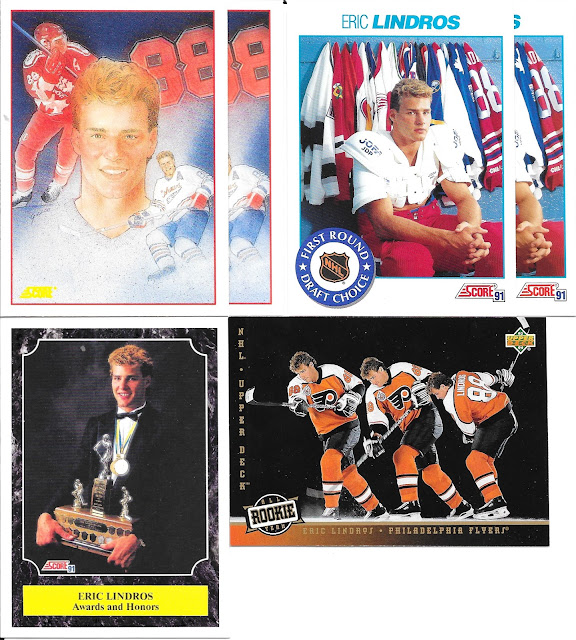 Eric Lindros was to be the next Gretzky. Sure, no one could ever be Gretzky, but he was supposed to be that good. His cards were everywhere as it was the height of the overproducing times of the late 80s and early 90s. Heck, he has a baseball card which is pretty cool too, let along all the hockey ones.
Everyone knows the story of how his health and injuries cut his career a bit short, and some likely believe he didn't necessarily deserve the Hall of Fame nod accordingly, but he was such a powerhouse, though for a shorter time than other Hall of Famers, that I feel it was deserved.

I'd say these two names no one has any argument with being Hall of Famers. Though I appreciated the efforts of both, I didn't enjoy either as much while they played as they were very detrimental to the success of my Leafs! 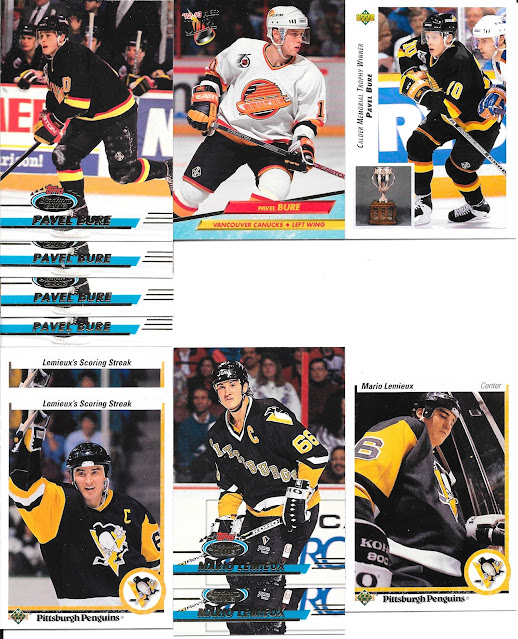 We end with two more Hall of Famers, Pavel who was in many ways like Eric in that his career was shorter than many Hall of Famers, though I'd argue his  greatness and high level ability lasted a bit longer.

As for Super Mario - one of the greatest ever, and amazing he was able to come back after a 4 year hiatus to play a few more seasons and leave more so on his own terms than he did the first time. He may not have been quite as elite for that last stint, but there were moments, and given his age, it was amazing to see how well he could still play.

A great group of players today....I may not have much to keep in them (just the one Eric multi pose Upper Deck card), but a great bunch of cards regardless. 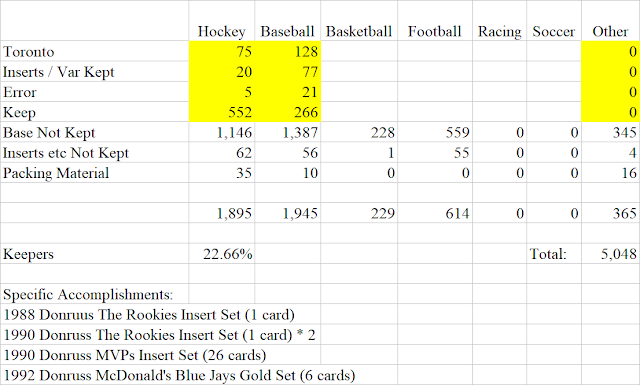 We get to end today with another trade from TCDB - where I get 99% of all my trade activity, but this one with first time trade partner Eriqulous. 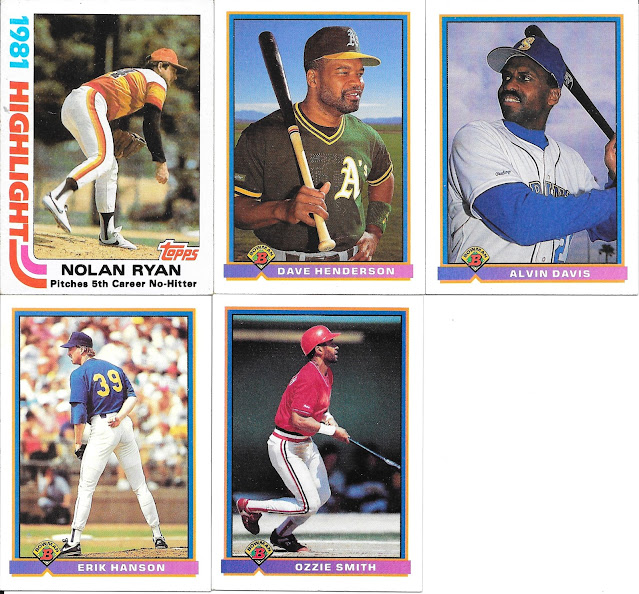 We start with a few set helpers. The 1982 Topps set grows by one with a nice Nolan Ryan pickup, while 1881 Bowman gets a few helpers too. 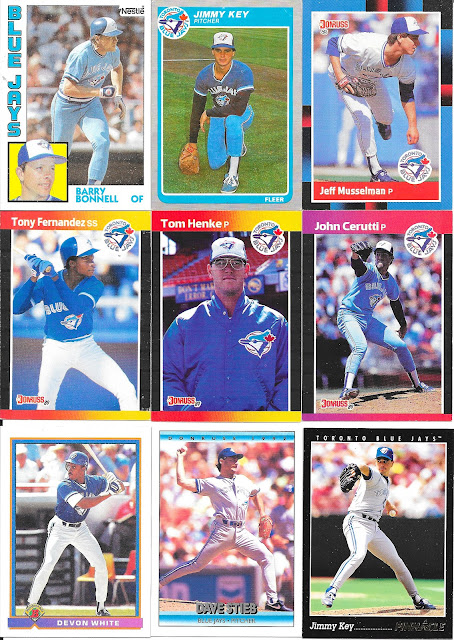 The bulk are Jays cards. New to me is the 1982 Nestle set. Yeah, apparently there was a release which is similar to the Topps set, but with Nestle. Didn't know that until being offered this card.
As for the 1989 Donruss, being a glutton for punishment, I continue to look for all the variations of all the Jays cards to complete the team set which passes 100 cards with the dot, no dot and astrisk one or two differences accounted for. 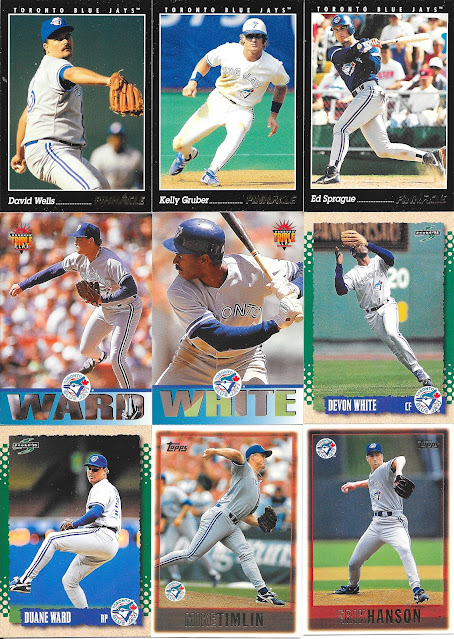 Wasn't able to finish any additional team sets with these additions, but made some headway on them regardless. Still not a big fan of 1997 Topps design. 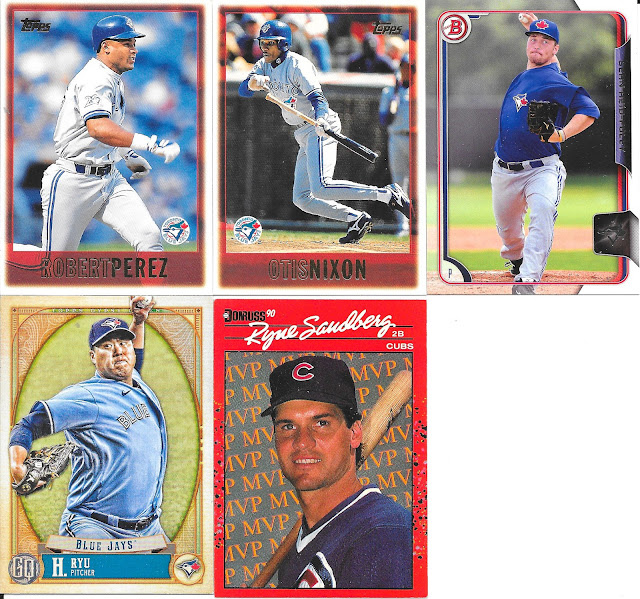 A couple new Jays, and one 1990 Donruss Bonus MVP card which helps on the getting of variations from the insert set.
Very nice offerings all around, and the newer cards are nice, but that old Nestle really makes me want to get more Jays from that set.
Posted by CrazieJoe at 8:00 AM