Looking Through A Score

The newer incarnation of the Score brand being with Panini wasn't something that really threw me off. I liked the sets in the early 90s, so enjoyed that the 2010-2011 set rehashed the 1990-91 design.

Very much a design similar to that 1990-91 set, which I take as a good thing. I like that the subsets add the blue/red lines on the sides, and simply add the black and white Season Highlight banner to make it very similar to the rest of the base cards, while tweaking to stand out a little. 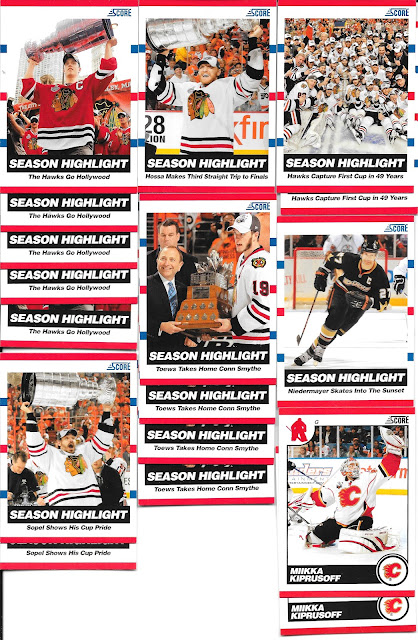 I am not collecting this set, so lots to trade, and LOTS of Blackhawks to share too, which makes a bit of sense given the whole Champs vibe to be able to push out a bunch more cards in the set. 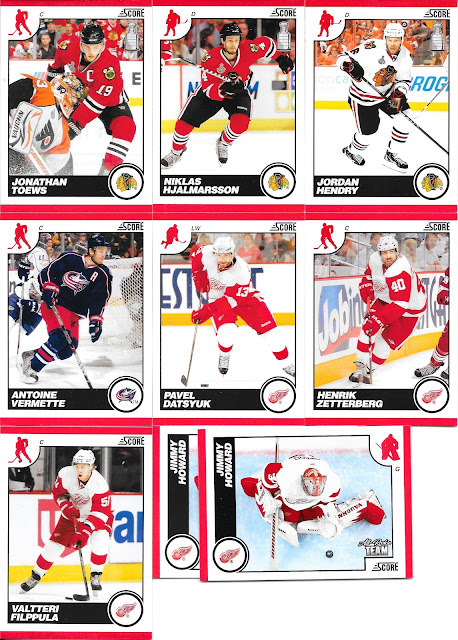 In many ways, the photography is as expected, and good, but some shots like Jimmy Howard really stand out very well. 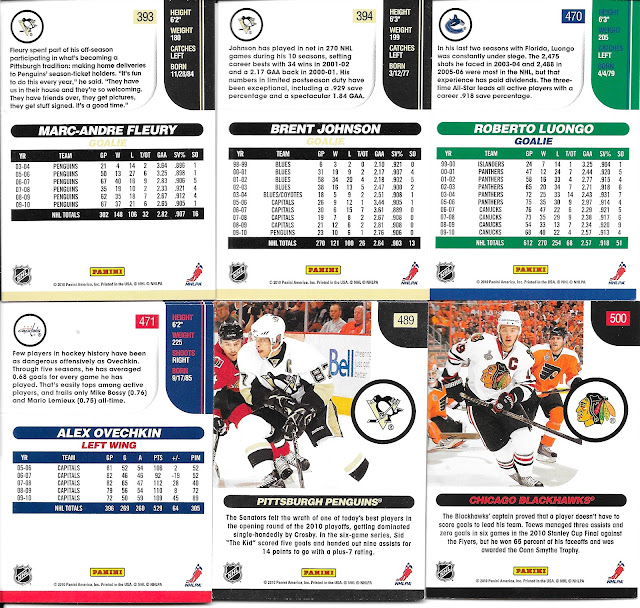 The backs are nothing like the 1990-91 set, but I think I like these a bit better with the stats, black and white for ease of reading and a nice little write up. Might be a set I consider collecting later if I see enough of it, especially if I get some of the higher end stars like Crosby and Ovechkin. 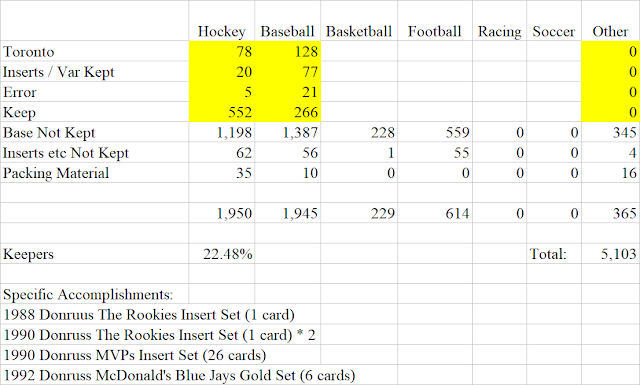 We get to end today with a trade I wish I can do more of - trading away cards I don't need for a bunch of Jays that are dupes - and then some. I happily will do those trades if anyone is interest. My comment on the McD Jays sets not too long ago had TCDB member althib reach out and ask if I wanted a bunch oore of those and other Jays dupes - about 150 or so. We did a trade for that amount of cards, or so, each way, and here's what I got... 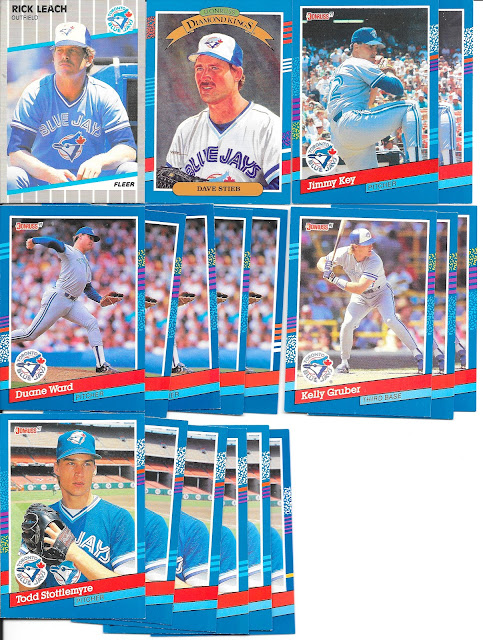 99% of the variants were as recorded, which is great considering there is the retail/factory border issue, Inc and Inc. issue, etc. The few that weren't were the factory border cards, but that's alright. 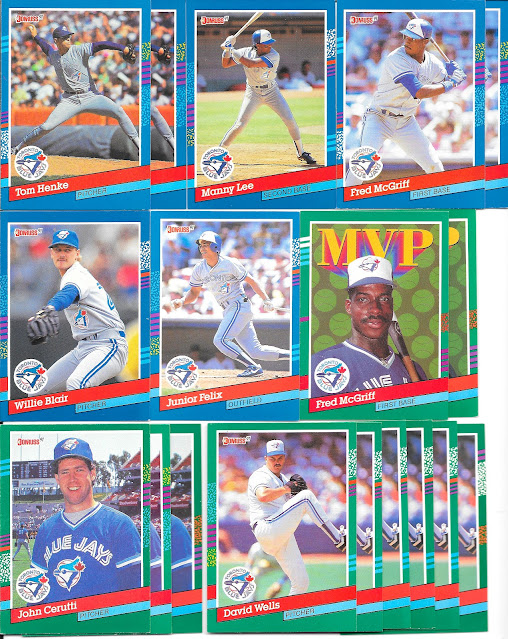 As it turns out, this may just cover enough different copies of everything so that I have a master team set of all versions of the Jays in all the different combinations - which is about 100 cards, so that will be really cool. 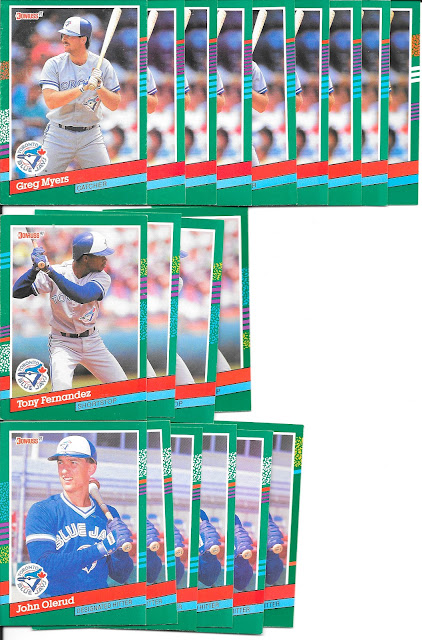 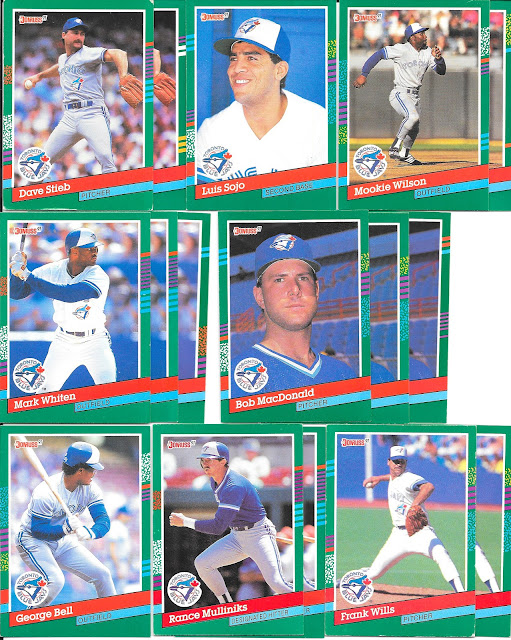 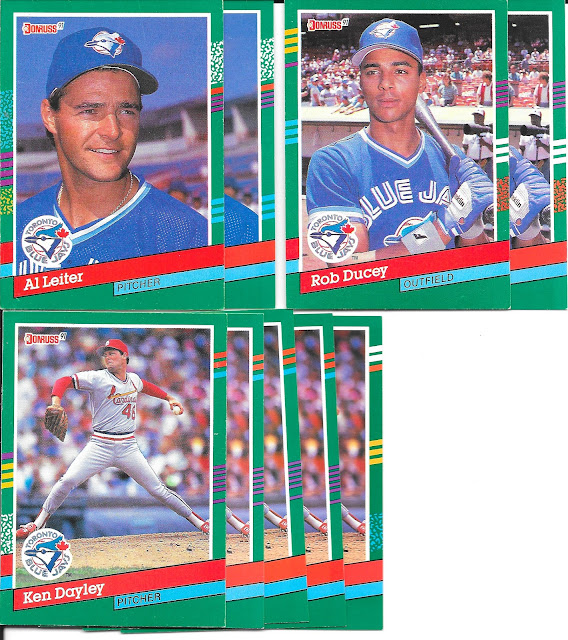 Below is what started the trade talk because althub had some extras to pass my way, providing a few more complete sets as you can see... 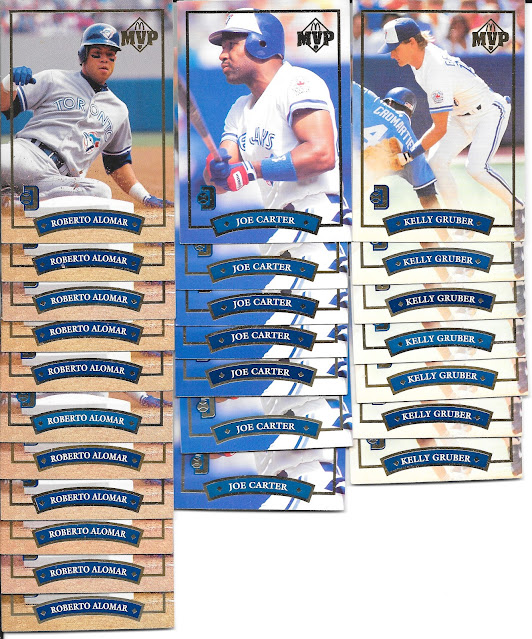 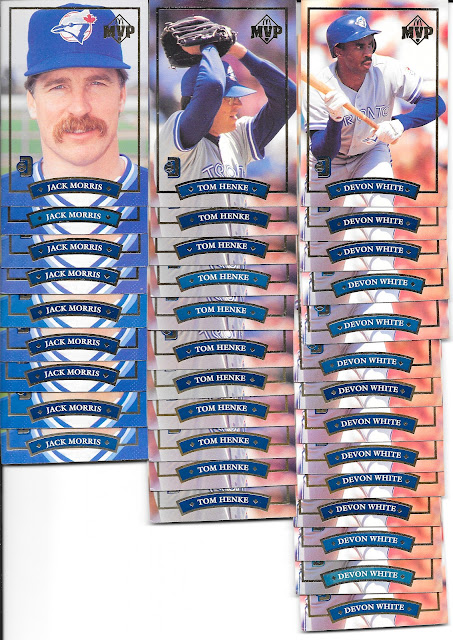 A few other Jays, but then we get a few Leaf cards as well... 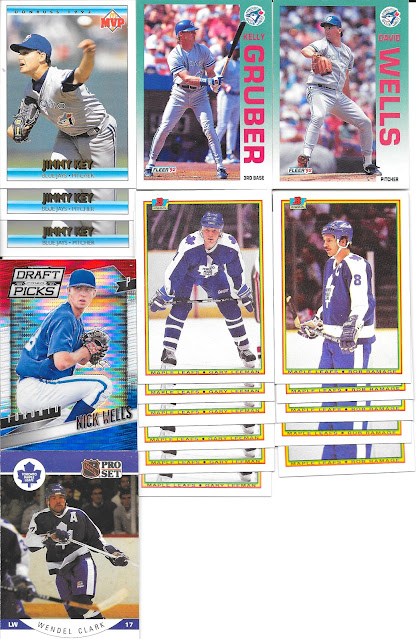 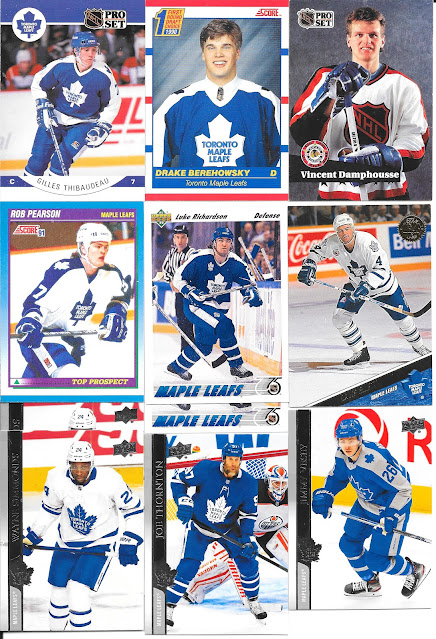 An awesome package of cards all around that was a great change from the cards I had and traded away. Big props and thank you to althib for reaching out!
Posted by CrazieJoe at 8:00 AM