Park It and Check It 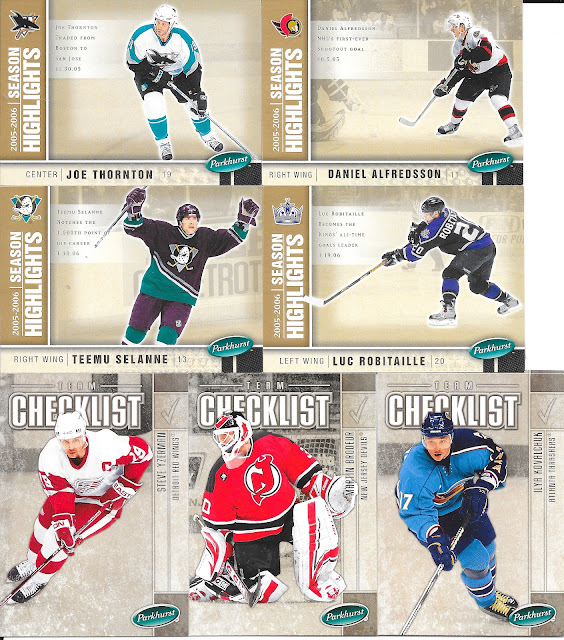 These cards are from the 2005-06 Parkhurst set which comes in at a 700 base set - which is in the O Pee Chee range of base set size. Here we also don't have regular base cards but the highlights subset and checklists by team. There are dupes of most of the cards (or more), and I am not collecting the set since these are the only cards I have in hand of the monster set, so again, feel free to reach out if you need/want anything. 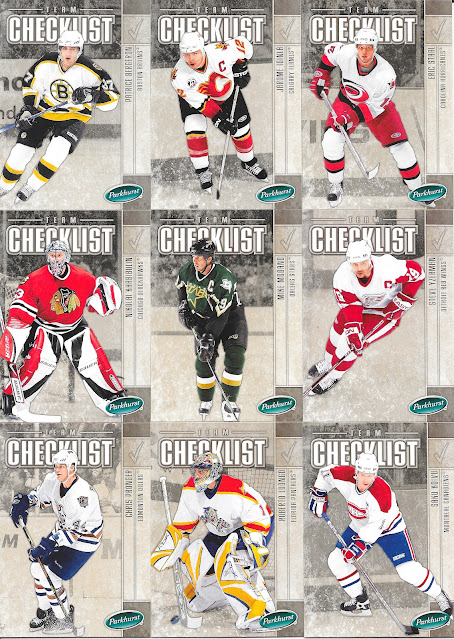 I like the idea of team checklists and may have a slight preference to show it as an insert set rathe than a base set, but that's just because I like them being numbered in a checklist fashion (CL1, CL2, for example). The cards themselves are decent - highlight the team star, and as you can see on the back... 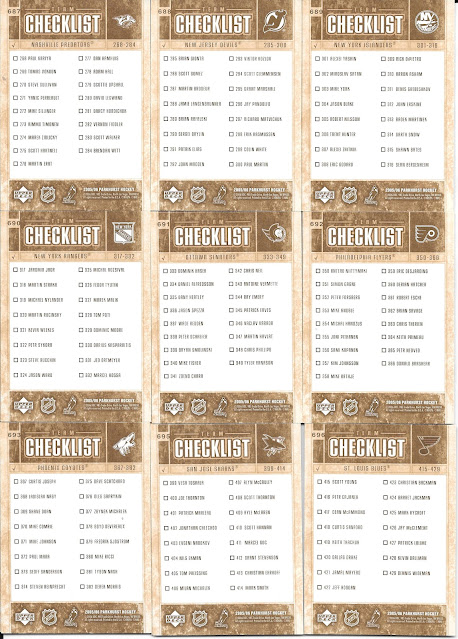 As checklists should, the cards have tick boxes beside them so you can actually use them. I find the overall colour scheme a little lacking, but it's okay, just a bit bland.
Still - always happy to see a large base set - just not necessarily going to try and collect them all! 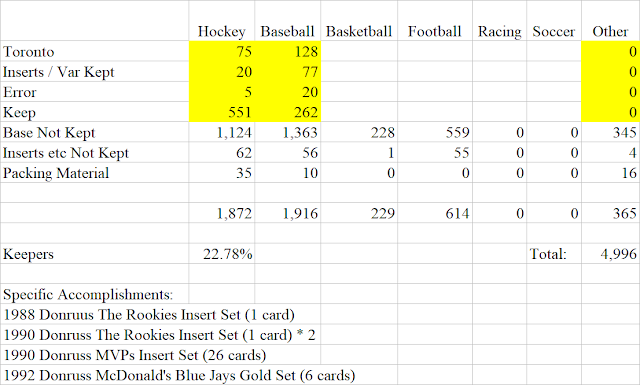