As usual, we come across sets in these lots that I may not collect at this point, but that tease me to, if it comes across in big enough numbers. 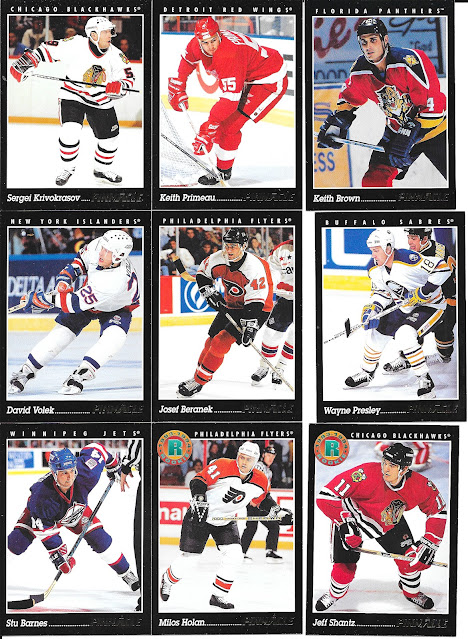 1993-94 Pinnacle Canadian is one of those sets. With the black border, it's a difficult set to keep in great condition due to the ease of knicks. The positive is, though none of the cards in this set are individually excessively expensive, the bunch today has many of the rookie cards. 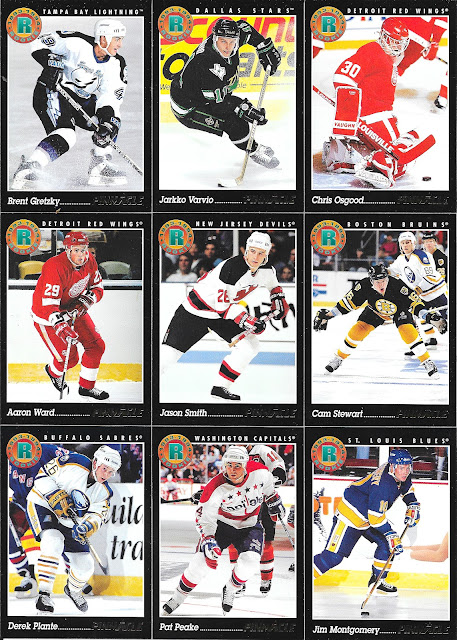 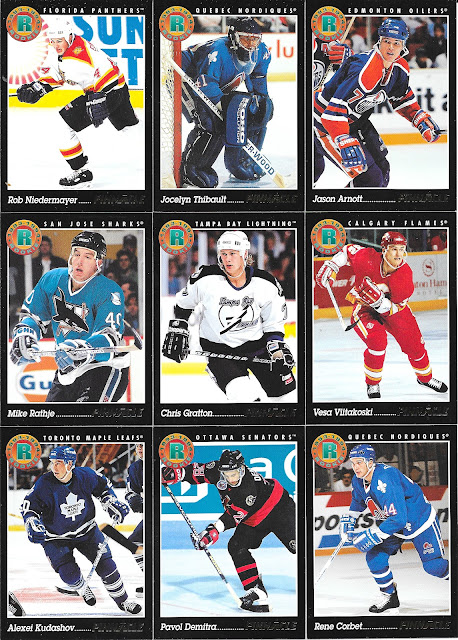 Rob, Jocelyn, Jason, and Pavel who all had great careers. Also at least one Leaf for my collection, though not a new one. 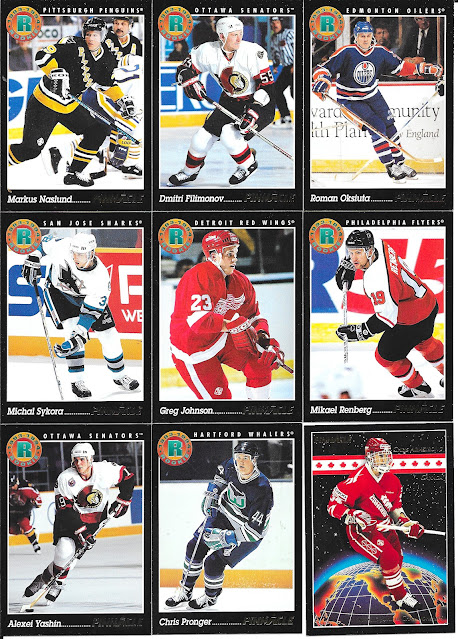 We also end with one of the World Junior subset. I am not a big fan of the international cards being mixed in with the NHL sets, but it was fairly common place in the 90s, especially with how the Canadian team did most years in the World Junior tournament. I can't talk for sets post 2000, but given the number of sets put out, I think it was more of a move to separate sets.

Have to see how much more we come across before deciding if I want to take a run at this set as a whole though. 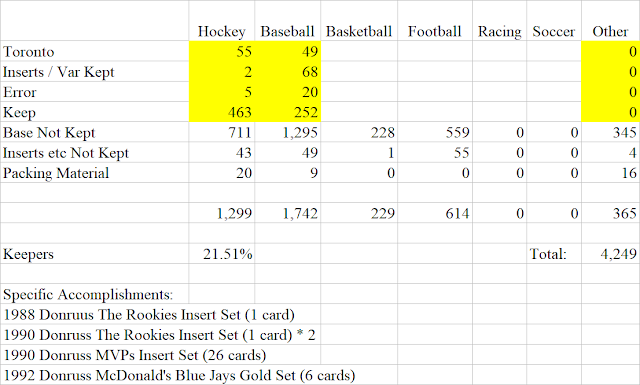