Blue Jays All The Way

Now -t his is a home run post for me. I mean, a chunk of cards from the lot which is purely Jays cards...yup, home run. DOesn't matter if they are new to me or now...70+ cards of the Jays, all good here. 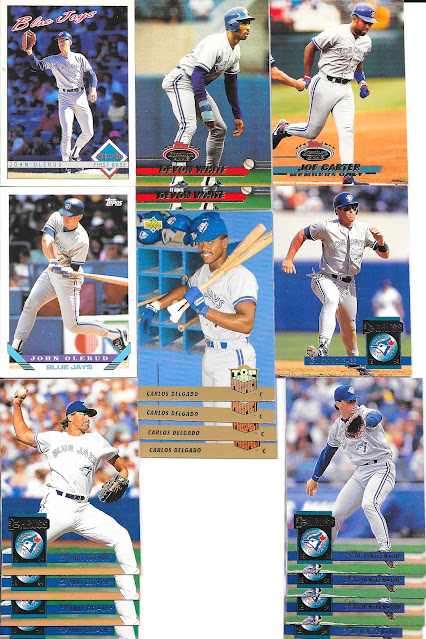 As it turns out, all from the early to mid 90s - so maybe, greedy me thinking, there could be other little Jays "chunks" for other eras in here somewhere too. With the ones above, the Joe Carter Members Only Stadium club, and the Carlos Delgado Top Prospect were new to me, so there are some "new" cards for me here. THough 1994 Donruss - I have almost the full Jays team set. 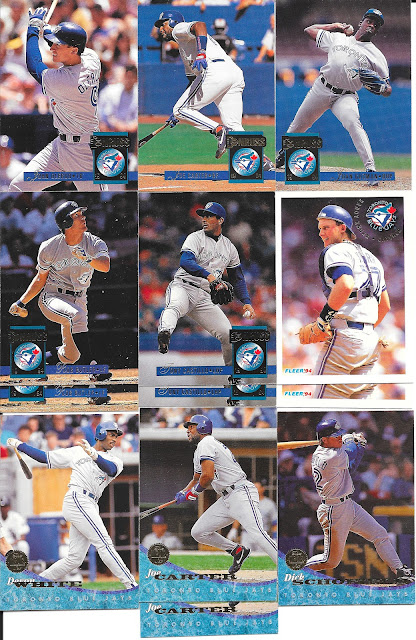 No complaints at all here. Would have thought I had the 1994 Leaf cards, but a couple new to me ones there as well which is cool. 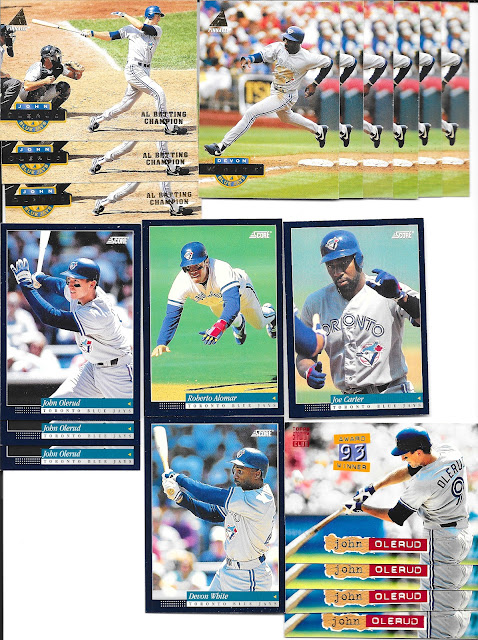 If I was in need of any Devon WHite 1994 Pinnacle cards, I am not anymore with 5 copies of that bad boy here. 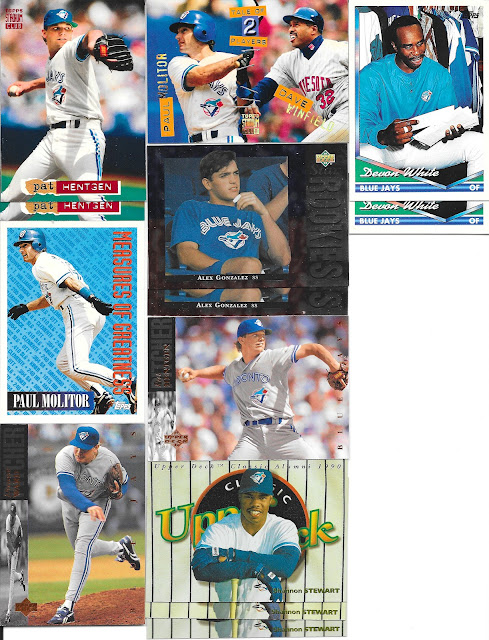 The Moliton/Winfield card is the sparkly parallel - I think they call it gold, but it's not gold the way we think of it now, but it's a nice new one for me. 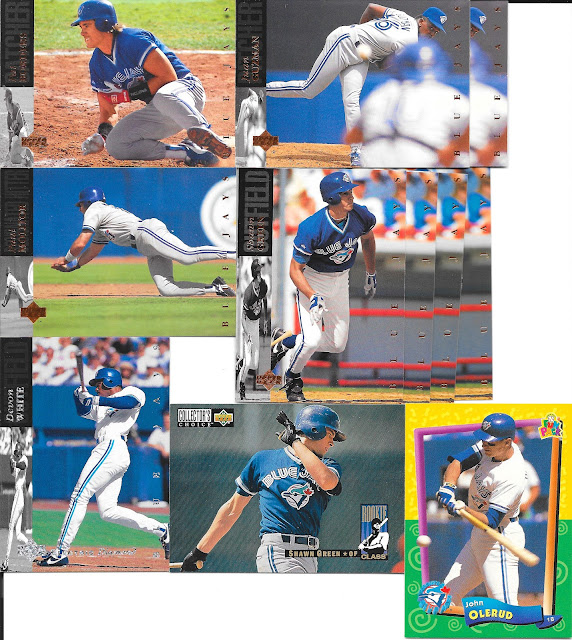 Even the last row is all new to me as the Devon White is an Electric Diamond parallel, and I didn't have any of Jays from the Fun Pack set before, but I at least have one now!
Wow - a blast of a Jays day today. I know they won't all be like this but I'll take it! 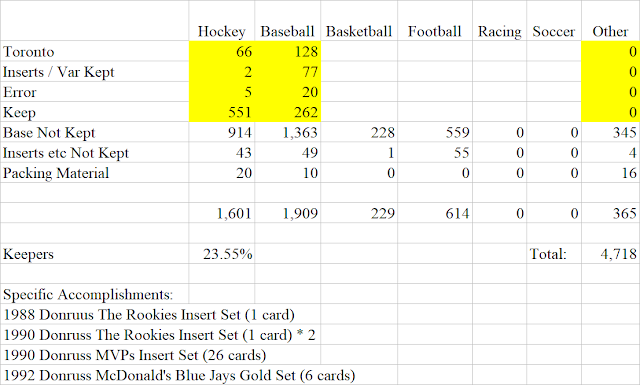