Wasn't too long ago we had a few McDonalds cards from the 1992 Donruss MVP set, but we get a slightly bigger bunch today which makes me wonder if there is more floating around.

As I say, I have this set done myself, so nothing much here for me to personally collect, but maybe there's something here for you! 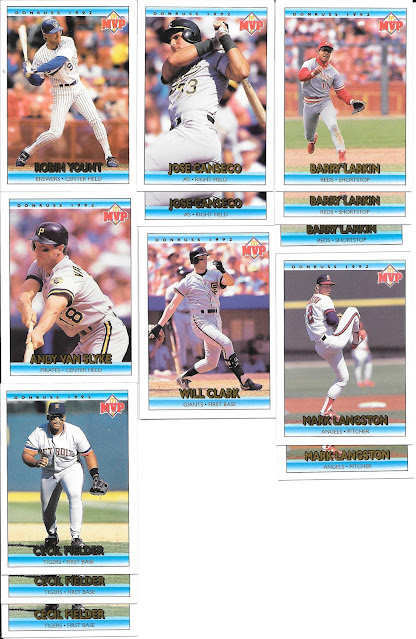 The set did such a good job in really picking stars from each team, it's hard to be upset with any of the choices, even after time. Sure, time has shown us that there was tarnishing related to the whole steroids thing, but it is hard to argue that those players - like Canseco - weren't huge stars at the time, or even looking back for all the era was. 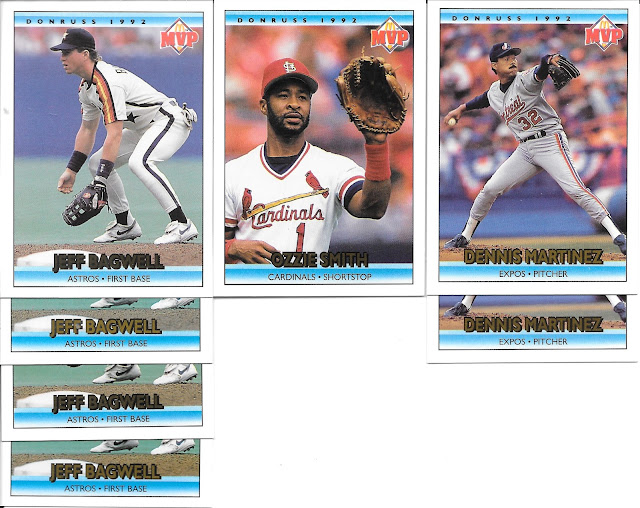 No Jays in the bunch, but a couple Expos to send across to a certain other blogger - and Martinez was the pitching ace for the Expos as well so I wouldn't have picked anyone else to highlight the team in the set.

About half the set has shown up just in this lot, I guess time will tell if more shows up later! 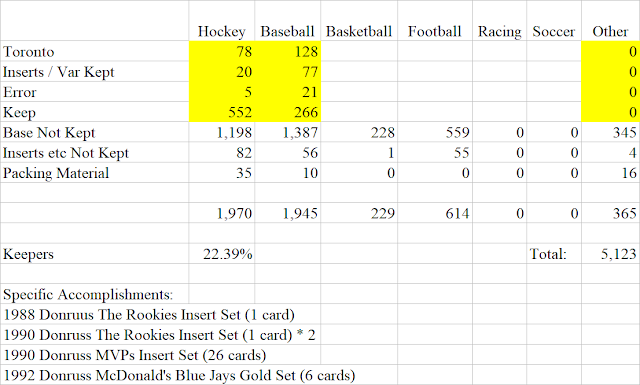