Today's pull from the COVID lot is a bunch of 1994 fladship Upper Deck. I remember this set for the silver back (well - names and such are silver) variation for some base cards. Unfortunately, none of those in the cards today, but we do have a couple Jays. 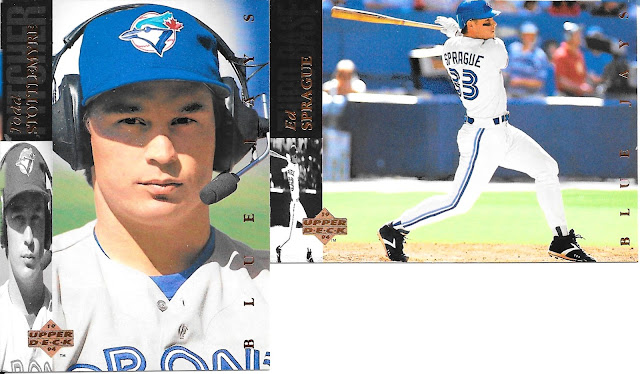 I really don't like the double image fronts with the smaller, squished, black and white photo. Just, get rid of it. That complains aside, I can live with the rest, but that fact along is why I don't collect this base set. I figure, you should at least somewhat like a set if you are going to collect it. Or find some redeeming qualities about it. Only other keepers for me are a couple uncorrected error cards. Interesting side note though - if you look at the name and black and white photos on the cards - seems for horizontal cards, the size of the name box is unchanged, but the black and white photo gets smaller. Wonder why theye did it that way.... 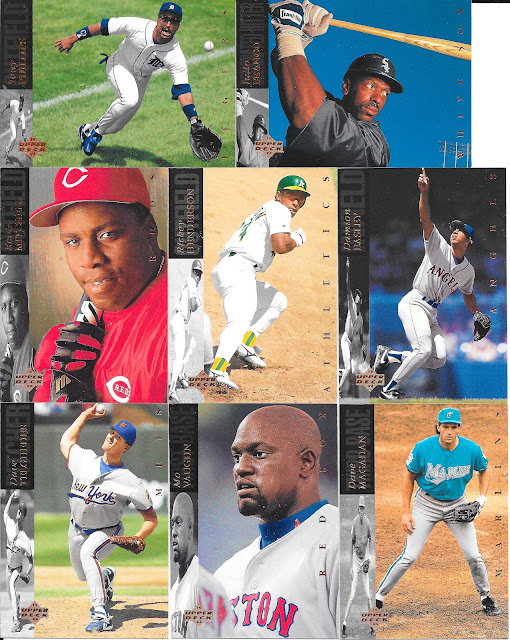 I really like that Rickey shot in the middle. I generally didn't like him (his attitude always rubbed me the wrong way in his interviews, etc), not that I know him really, but how he portrayed and carried himself. 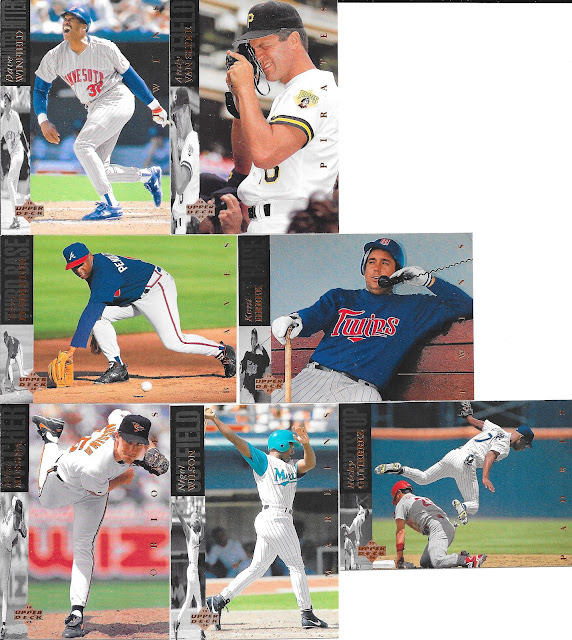 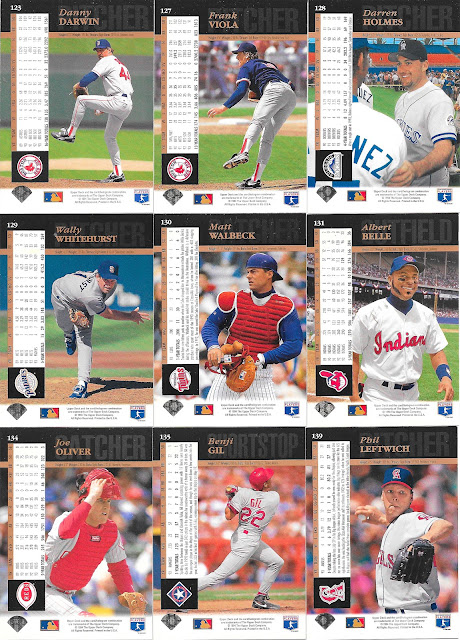 I like that the backs have a solid, different, picture used. THey could have done a third picture on the front instead of the black and white photo, and that would have been MUCH better. 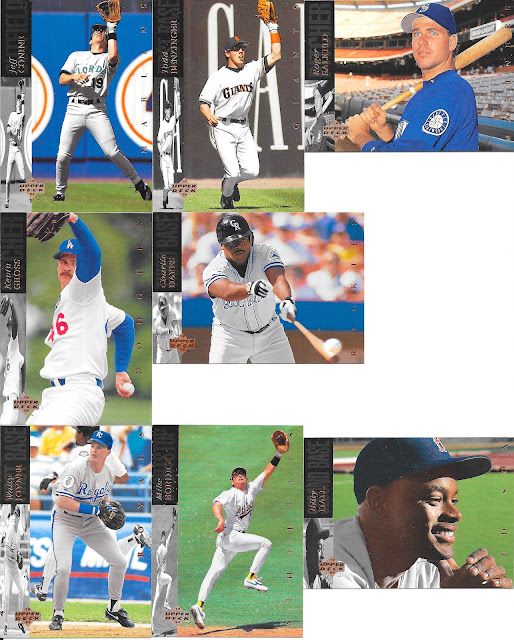 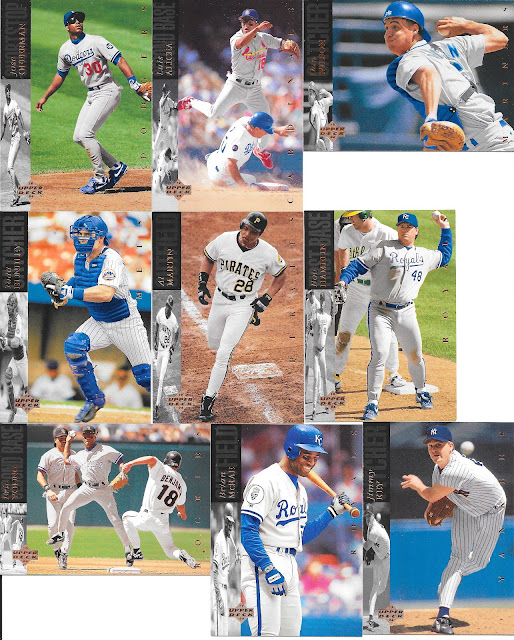 A 90s set in design, though lacking a bit of the colour and flare that I think of which came about a few years later, but definitely see the transition from 90-91 sets to the 95 and on offerings. 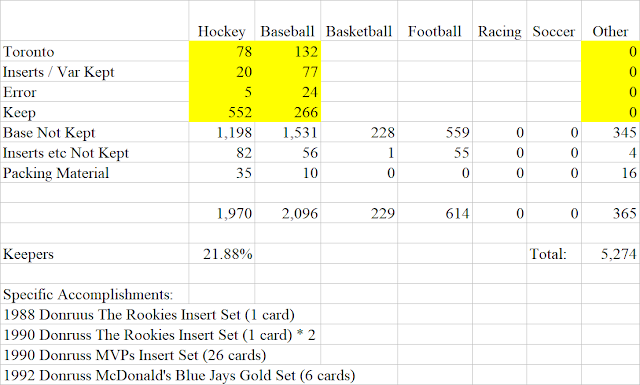