This was cheap, that's why I picked it up. There are only two Blue Jays in the 150 card base set, so not likely to see those with only 33 cards in the box (well - after taking the couple packs needed as per below, for the unopened pack collection, I really only get to pull 25 cards.

For the time being, I am going to consider keeping the set as the base is only 100 cards, ignoring short prints and variations, do could be doable, and some nice older stars in it. 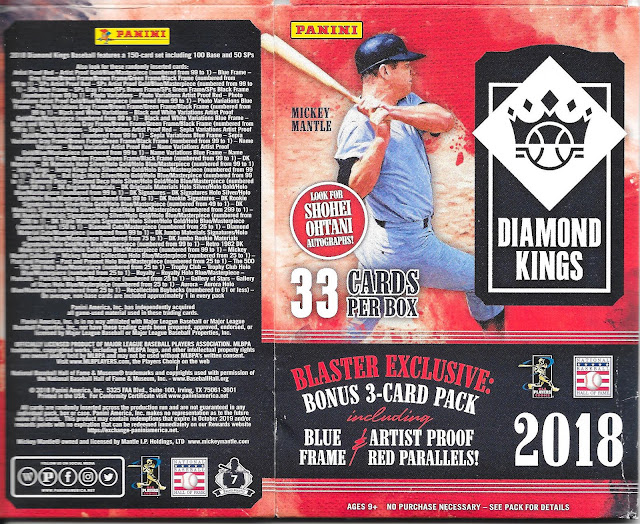 Those write ups are small - hope I can find stuff online where I can read it if needed, or may need to zoom the heck out of this.

For the life of me, I can't find decent odds per pack on this thing so scoring is going to be interesting. I did find a hobby box break numbers, so I'll summarize those here as a starting point for scoring...

These are high level, but may need some guess work on my part working through this one otherwise.

The packs put aside... 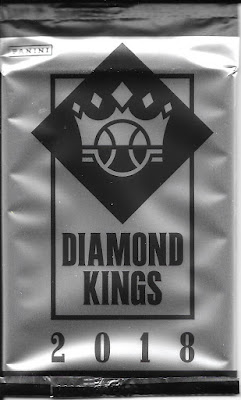 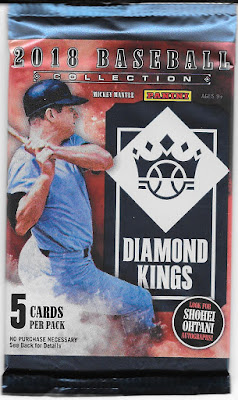 The three card extra pack and a regular pack - decent additions when you can put a Mickey Mantle covered pack into the collection.

That done, on to pack number one... 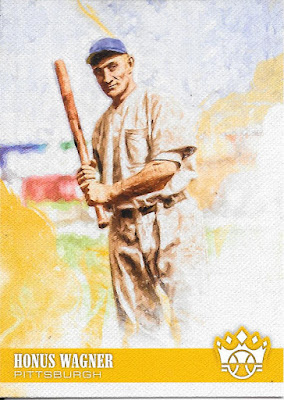 Okay, I'll give the set a break since the first card out happens to be Honus. The card stock is great with a glossy canvas feel. The picture design is alright. I get the fade away look being a bit aged looking. I don't mind a clearer picture, but just not the way they went here, and that is alright. 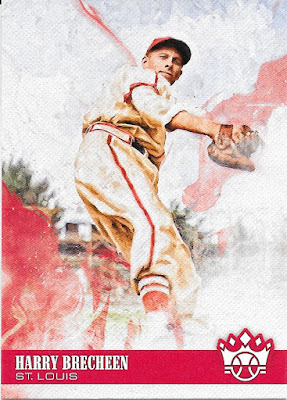 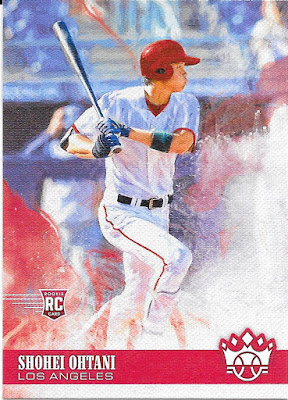 First pack and we also get Ohtani who was still a big enough deal to this box as his auto is mentioned on the box as a selling point. 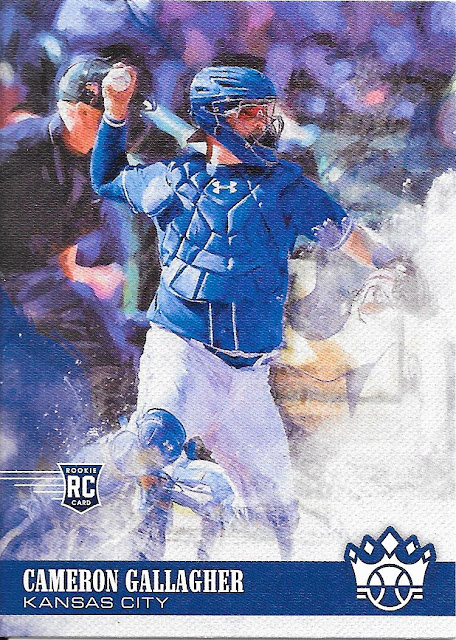 Here is a short print which I believe are all rookie cards (or almost all) for the 50 cards included at the end of the base set. Short prints at least I know are every 6 packs.

Expect we will see an insert each pack and...here we are... 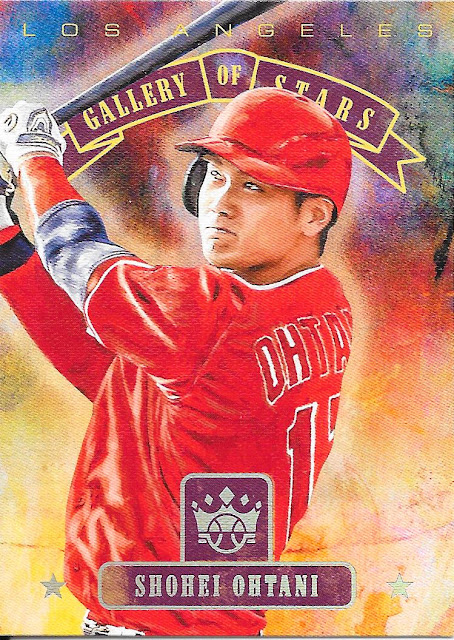 An Ohtani insert as well - it's an Ohtanio hot pack! With inserts generally falling every other pack, hard to split that among each of the different types. These are a nice kind of shiny. Not sure on the odds but I'd guess this may be every 8 packs or so, so we will count it as such....this is going to be a little all over on scoring.

Another day and it seems another PWE to end the day. I know a lot of people eventually get around to collecting the flagship set from the year they were born. I haven't bothered with it (which would be 1980 by the way), but instead have taken on the back burner task of working on the 1982 Topps set since that was the year my wife was born.

I have a LONG way to go and it isn't something I am pushing too hard on this year (or probably next) and I have less than 200 of the 700+ card set, but it is a start. Every now and then I get a trade offer and pick up a few more - hey, great way to get rid of some trader cards anyway! 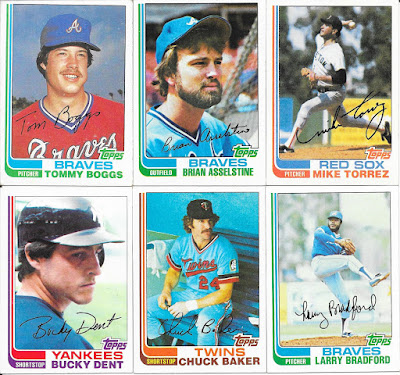 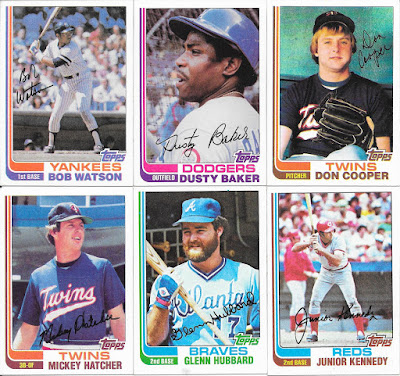 Some solid cards there - I especially like the Dusty Baker (who was a solid manager - more what I remember him for) with the expression on his face.

Another dozen knocked of f the list with many thanks...and, well, a whole lot more to slowly go!
Posted by CrazieJoe at 8:00 AM