More Pro To Show and the store comes to me

Since I actually have some nice new cards for the collection today, let's start with the not s new pile...which includes a bunch of Pro Set. 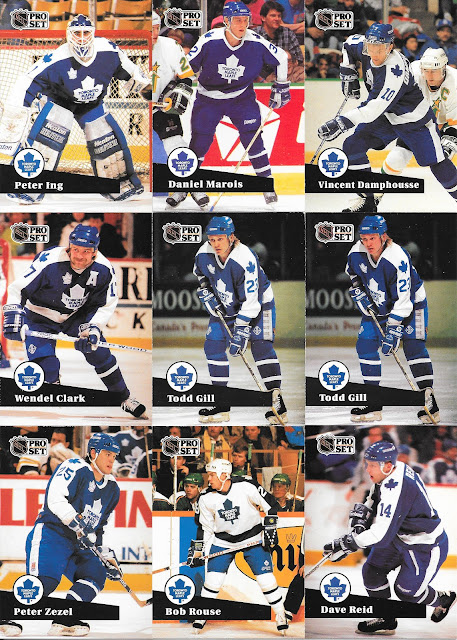 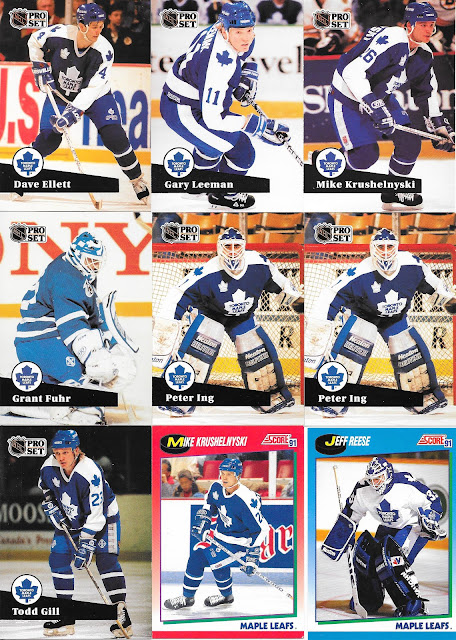 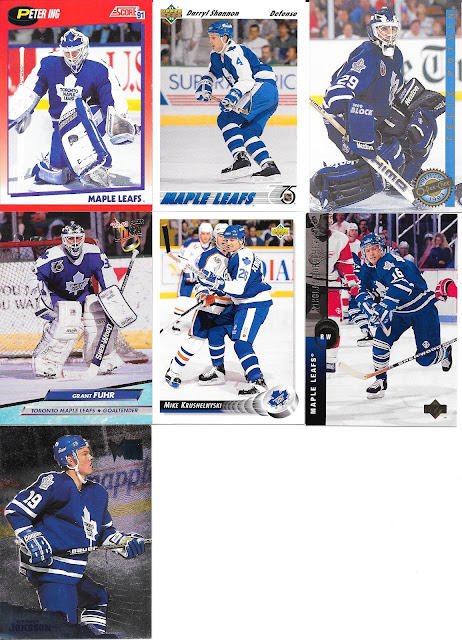 1991-92 Pro Set has to be the set that I have personally had the most cards of. I remember getting into collecting cards around 1990 and this being one of the first hockey sets I got a lot of cards of, including a box or two to break. Heck, the card I have the most of as an individual card, comes from this set - about 35 Ed Belfour cards.

A great bunch of dupes...but even better are the new ones... 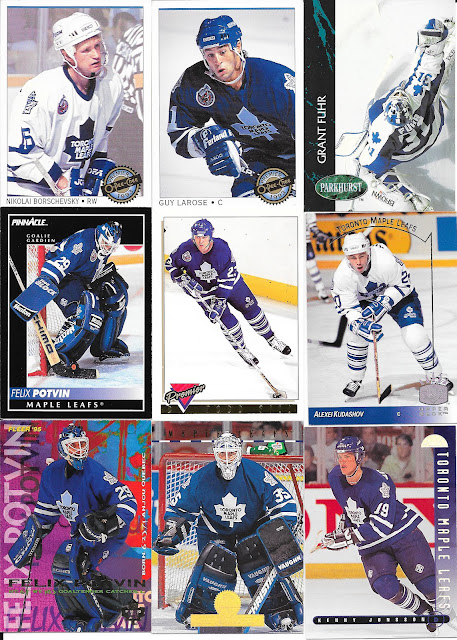 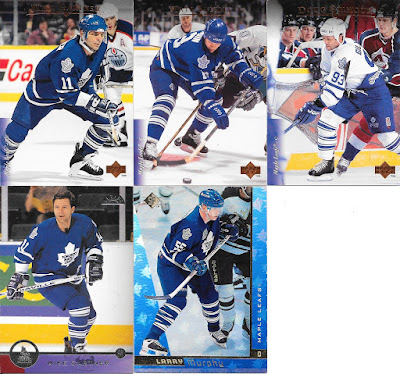 The Fuhr Parkhurst is pretty neat as it is the promo insert from Pro Set rather than just a base card.

Also really like getting the Gartner card as it is a Leaf uni on a Coyote card so wasn't actually on my radar.

Last card in the bunch gets to go in the error binder... 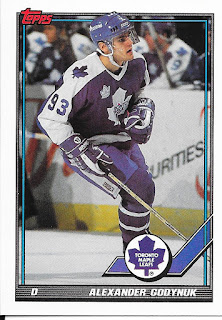 His last name is missing a second Y - can understand why that could be missed on a rookie card I guess.

While on the note of sharing, I had a chance to go through the bubble mailer recently sent to me from TCDB member baseballcardstoreca, with whom I happily send cards to as I can, and get these great packages back (yay!). 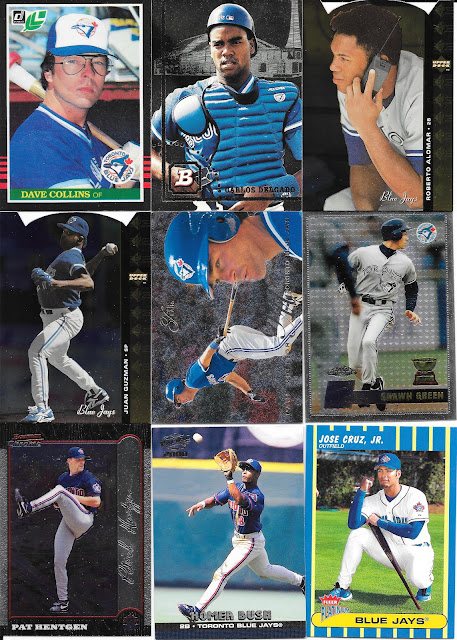 The first card in is a big winner as Dave Collins was the last Jay I needed to complete my 1985 Leaf Jays set of 17 cards.

People forget that Carlos Delgado was a catcher when he came into the bigs before transitioning away from the position. Wonder how he would have done if kept behind the plate. Die Cuts are always nice to get, as with the SP mid-90s ones here, my first from the set, as were the Molitor and Chrome Green (first from their respective sets).

I still think Homer Bush is one of the great names (in a literal sense) for baseball purposes. 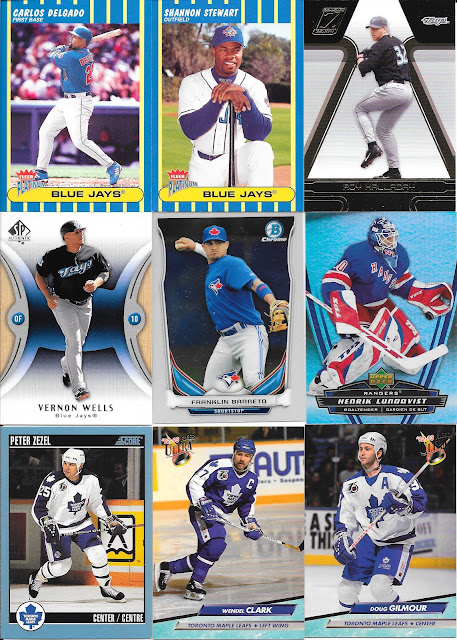 More new to me sets with the Donruss Zenith and SP Authertic cards. I have seen the Fleer Platinum cards before, but these were the first Jays from the set for me. Geez, lots of firsts in this one!

Getting to hockey, Henrik is one of the McD cards I am look for to finish the 2006-07 base set - well not looking anymore! 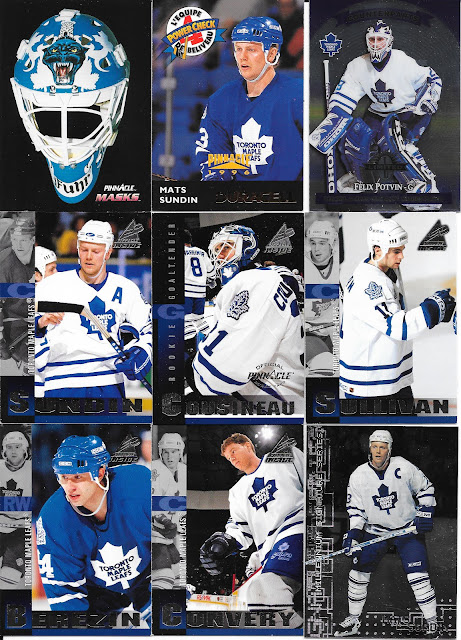 The Pinnacle Masks subset is one of my all time favourites, so glad to pick up the Fuhr mask here. Oh, and the Sundin Durracell card is the French version to make it that little bit more special. 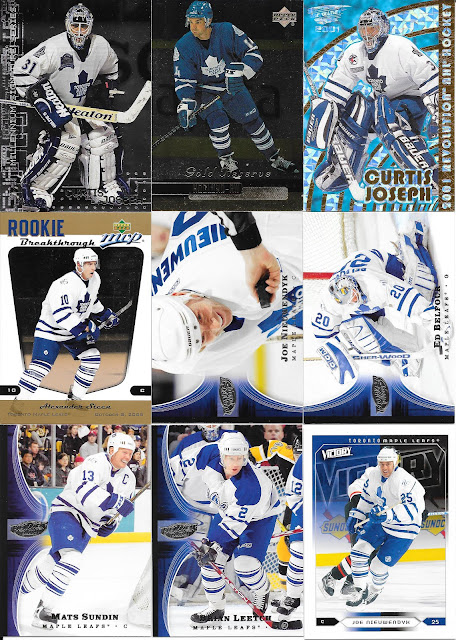 Pacific 2000 - just wow to the sparkles in hand, just doesn't come across in the scan, but pretty (though a bit overwhelming).

Upper Deck Power Play was one of the Upper Deck sets I never really go into for design, etc, similar to Ovation. Didn't last long, but Leafs still needed to collect, so here we knock off 4. 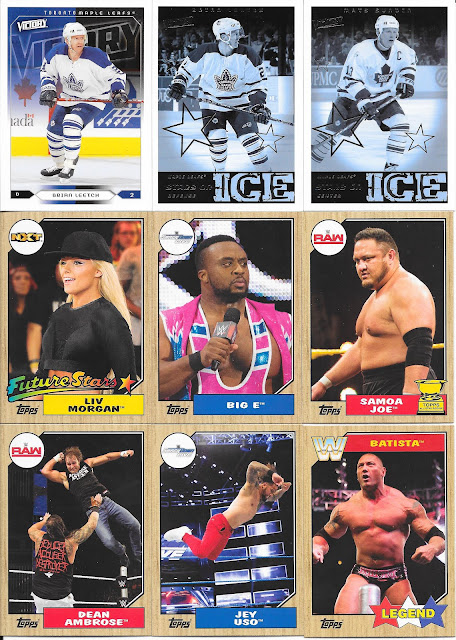 We end the package with insert (Victory Ice) Leafs, and to ensure we hit the other sport I collect, some 2017 WWE Topps Heritage busting out the old 1987 baseball card design.

Interesting to see how Liv is handled on RAW the next few weeks given the Lana/Bobby wedding interruption angle. Wonder if WWE can run with the angle in an appropriate way, or if it will cringe-worthy status.

PS WWE - Samoa Joe being considered a rookie in 2017 is hilarious, but way to take a ab at every other company in one fell swoop to consider everyone else the minors.

Awesome day with the cards today...see if it continues tomorrow!
Posted by CrazieJoe at 8:00 AM