Retiring my first blaster of the year 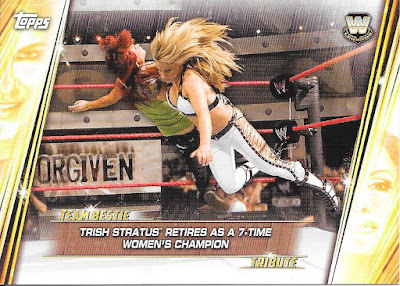 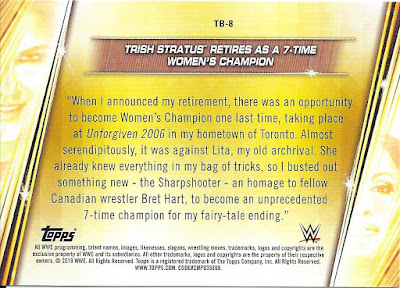 A good way to retire a blaster box by highlighting a card highlighting the retirement of Ti=rish as a 7 time champion. Going through these cards made me go back and watch a couple of Trish matches. She was one of the best of the time, but it has aged compared to the women's product today. It reminded me of watch 80s wrestling compared to today - a bit slower (though Trish and Lita were more high flying than you saw in the 80s), but a step behind the pace of today.

Don't get me wrong, Trish can still probably go, but I think there are others in her league now, whereas she and Lita were a good step ahead of most everyone else back at their heights - save for Mickie James and Beth Phoenix. 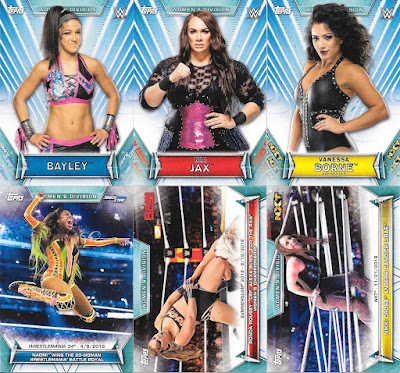 We end with the last base adds to bring the base set to 49 of 100 completed, so I have about half to try and assemble through trades. Should be doable, maybe not this year, will have to see with the whole "not buying new cards", if I can trade away enough to get them done.

A solid first box, and one really nice pull with the Orange parallel Bianca Blair which came out of the first pack.
Posted by CrazieJoe at 8:00 AM