This pack looks a little more like what I would expect. 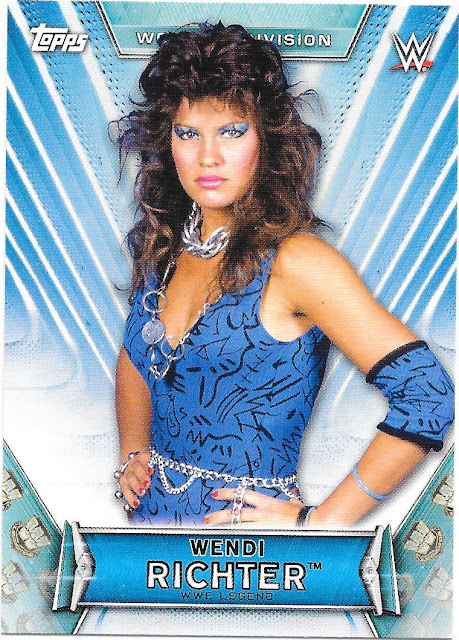 I only caught the WWF (WWE) portion of Wendi's career and not her tag team run in NWA or AWA Championship win, but happy that the card does recognize and mention these on the back.She was a big deal back in the 80s. Maybe not quite Hogan big, but still, a big deal.

The rest of the base, all roster cards... 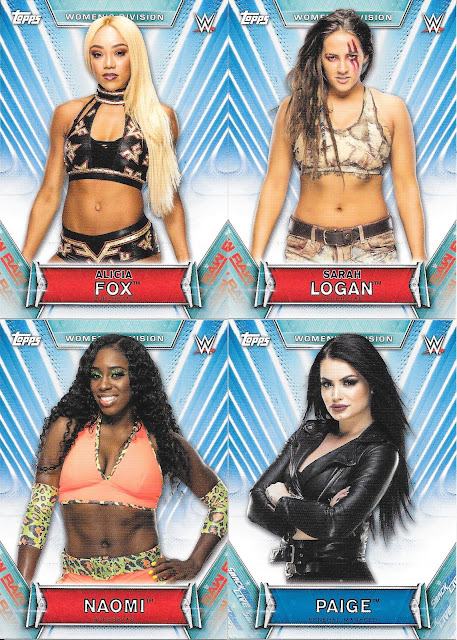 As I say, decent design, and great pic of Paige while from everything I have read and seen about Sarah Logan, she lives the Viking stuff so, good for her I guess. 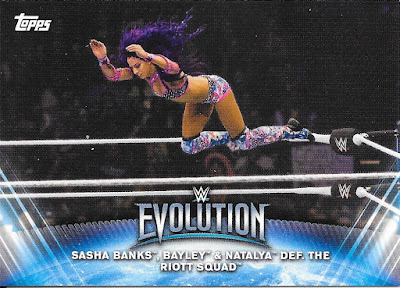 This is an Evolution insert (which show up every four packs), though the match versus the Riott Squad wasn't anything I particularly cared about at the time as it seemed to be just to get more women on the card. 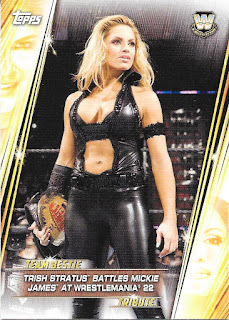 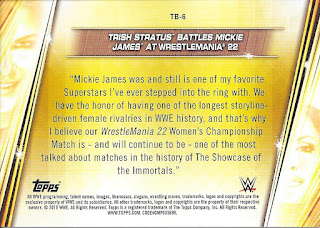 We end with Trish. Have I said I miss Trish? I do. I wish she would even do what Beth Phoenix does and commentate - just have her around somewhere. Oh, and Wrestlemania 22 against Mickie James...the match of the unscripted gesture that Mickie got in trouble for and made Vince McMahon irate....good times.