Setting the world a Blayze

Alundra Blayze deserved to have everything work out with the WWE, and her return and Hall of Fame induction, were well deserved. 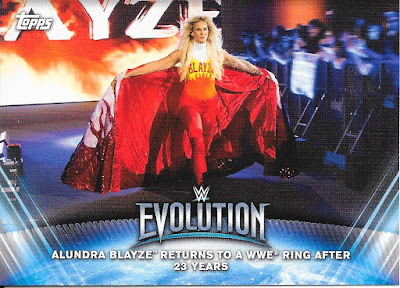 The title drop on WVW in the 90s was an understandable moment, and can't blame her for taking the opportunity - it was more at fault of WWF to leave her with the title when she was no longer under contract, but she took a LOT of heat for the segment, and the bad blood with Vince lasted a good long while.

Love seeing stories with happy endings, and if you haven't seen the WWE Network special about her return to the company and HOW ceremony, check it out. 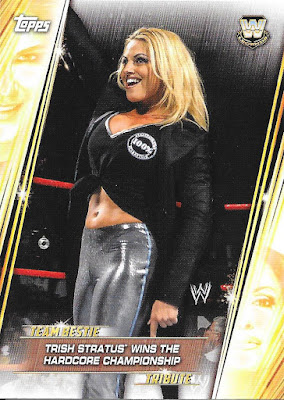 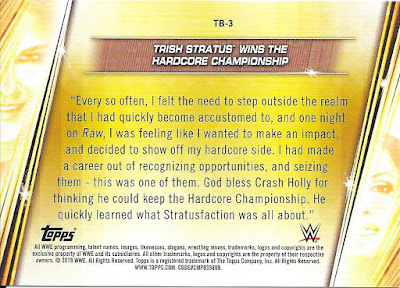 Can't forget the new base cards too... 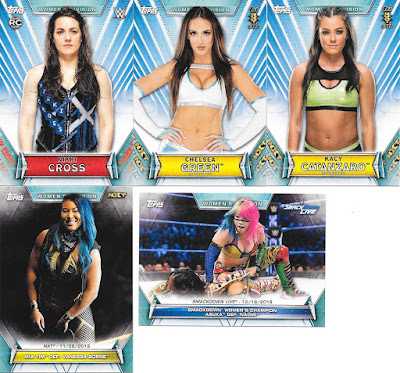 My only complaint of these is that Nikki Cross should have gone full crazy for the picture - scowl, hands in the hair, pain etched on her face - would have been more memorable for it for sure.

Another share for today...a few Magic cards picked up in December which I just haven't had a chance to get scanned and shared until now.

A lesson to be learned on these singles. I typically order online and then pick up the cards at the store since I can walk there and back on lunch at work, which is great for a reason to get out of the office and a bit of exercise.

When picking up cards, they always say, take a chance to go through before leaving to make sure all the cards are there. I get human error and the reason for this but rarely do more than a cursory go through to make sure the number of cards match, and most are in sleeves so it's easy to thumb through and check.

So I did the usual and it wasn't until going to put them away, I realized they made a small error... 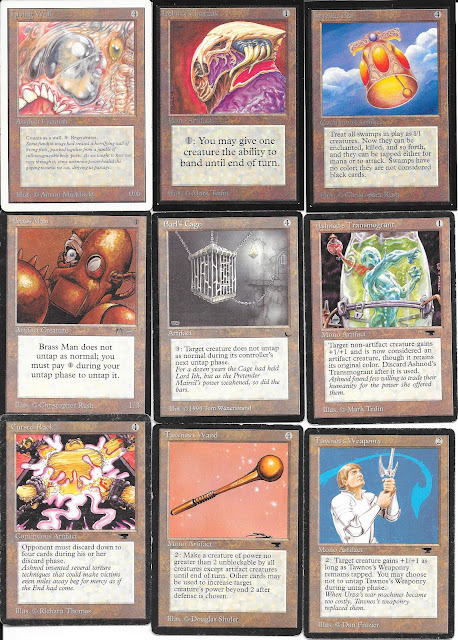 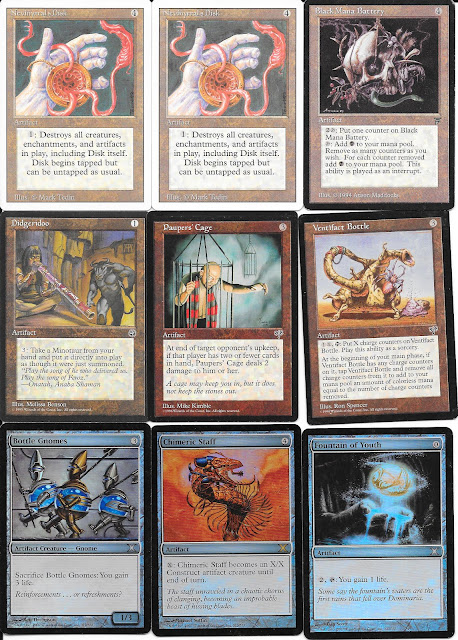 I had only ordered one of each card, but I gather because the two Disk cards were in the same sleeve, whoever pulled them didn't notice and I ended up getting a nice two for one on it. I get mistakes happen and it's not overly expensive or something I feel to horrible about as I have had one or two go the other way (missed cards, which is why I do the cursory look over before leaving anyway), but lesson learned, might be worth an extra minute or two and do the card by card check.

As for the cards themselves, a few items to note.

These include the first Collectors' Edition cards in my collection. These aren't really expensive or anything, but I never had them, and they have a couple interesting features. First, all Magic cards have rounded corners - except for this set which is more your typical sharp 90 degree corners. Second, these have the gold border on the back of the card so they stand out compared to other sets that have black and the Collectors' Edition says just that across the back as well (the International Edition was released at the same time and looks the same except they say International Edition across the back instead). 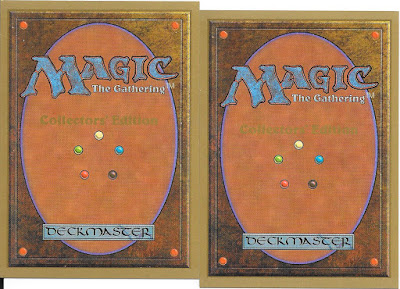 Pretty much every other set ever... 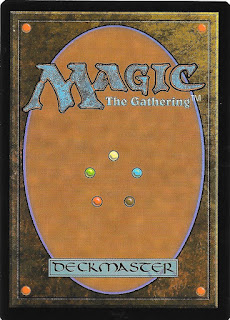 There were about 9,000 sets printed of Collectors Edition and about 5,000 of the International Edition which does make these sets a bit harder to find.

As you can see, I also picked up a smattering of other earlier set cards that were still not too expensive at about $1 - $2 each. More than I usually spend on a card, but given the age, I justified that I won't see them than often otherwise to pick them up.

Finished with some foil 10th edition cards, and another got bunch of adds to the Magic card collection.
Posted by CrazieJoe at 8:00 AM