The Man Past and Present

Excellent - I got the one base card I really wanted... 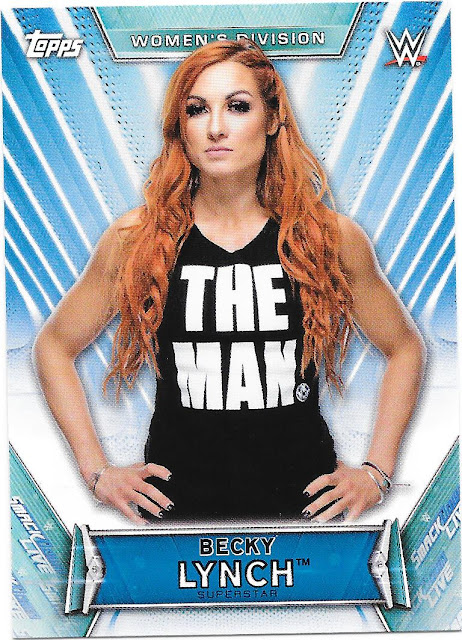 A slight variation on the photo used for the pack cover, but simple and solid. 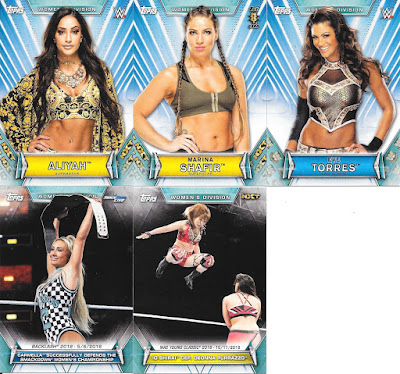 We got another of the MMA four horsemen with Shafir in this pack, and Eve Torres who seems to be a popular non-HOFer to show up in WWE sets the last few years as a legend. 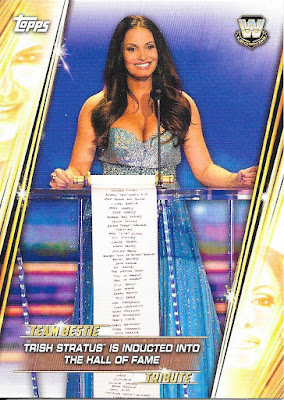 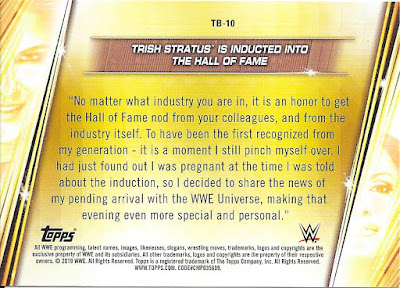 Speaking of HOF, Trish looking amazing here at her HOF ceremony for WWE. She made the ceremony even more memorable sharing that she was expecting with the WWE Universe during her speech.

As is easiest in sharing trades, I have another PWE for today tacked on to a post with little or no segue. I'm not one for fancy float between subjects, especially when it isn't always that easy to make a connection...this of this as a newspaper with different articles (for those who know what a newspaper is....).

This trade was with TCDB member reakins who also lives in Ontario, so the time actually getting these exchanged was a quick couple days. Not always the case, but happily was here. 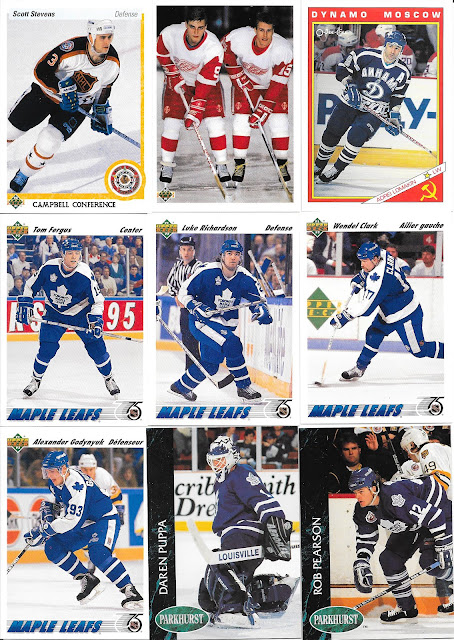 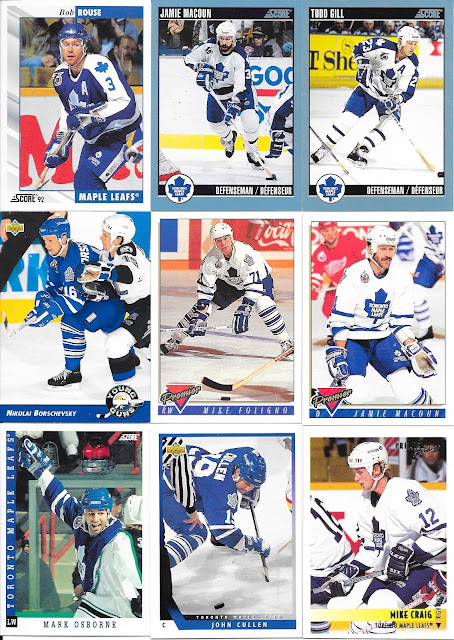 Mostly Leaf additions, and a bunch being French version ones which are always a little harder (though not impossible) to come by. The first couple cards go toward the slow set completion on 1990-91 Upper Deck, while the last card in the top row, I believe, knocks my needs from that Sharks & Russians insert set down to two cards as this was the second to last dupe I need for the error cards and there is one card left to complete the 66 card insert set.

Please note the slight change in design from what use to be a Young Guns card in the Borschevsky card - how times have changed. This card was the last one I needed to complete the 1992-93 Upper Deck Leafs team set though which makes it a little nicer.

Also have to point out the Macoun sacrificial lamb pose in the card. Looks like he is either going to go down to block a shot, or is trying to take up all shooting space with the arms and hands out.

Wonderful little PWE trade with reakins and hopefully we find reason to make another such trade in the future!
Posted by CrazieJoe at 8:00 AM