Ready for the Leaf show

First, I wanted to get a big thank you out to a couple people for packages I received yesterday, but will take a few days to get to posting and sharing.

First, TCDB (now at www.tcdb.com) member baseballcardstoreca who is being an awesome trade partner, sending across cards here and there (which are always welcomed graciously, appreciated, and where I can, reciprocated). Also - if you like cards for a quarter for 2020 - too bad, because they are only 20 cents each if you go on over and check out the website - www.baseballcardstore.ca. Promise I will get to sharing the cards in the next few days.

The other package, may take a bit longer to get through fairly as it was, at a glance, roughly 1,000+ cards which were sent across from dodgercards at TCDB. He was looking to downsize, so I happily took in his Blue Jays, and will be getting a package back to him in the next couple weeks, likely many a Dodger, but no matter what I put together, I am sure I will feel it is inadequate for what he graciously sent along. What I will likely do is take a months and have these as a post, or part of a post each day.

A wonderful problem to have indeed.

As I thoroughly enjoy going through my Leaf cards, I will split these up over a few days and maybe go through in chronological order from oldest to newest, highlighting what is new, and what is exciting to get in these cards, but either way, it is 200 cards to add to the Leafs! 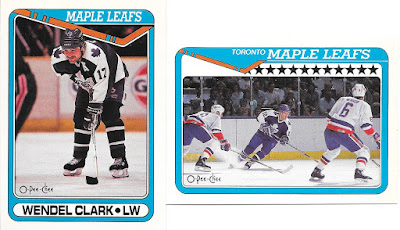 The Maple Leaf team card was the last one I needed in order to complete the team set, and the Wendel gives me an extra copy for the set build on 1990-91 O Pee Chee. Given I am starting with the early cards, this is about as good as today's cards will get. 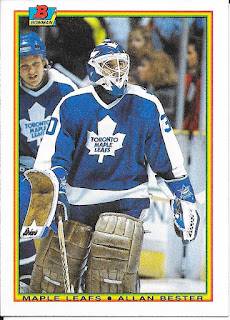 This, believe it or not, also gives me the last Leaf needed for 1990-91 Bowman, which I thought I had already finished, but apparently the team set had been one card short, until now!

The rest of the cards today are all 1990-91 cards (since I am going chronologically), and are nothing new, but add nicely to the Leaf card collection tally. 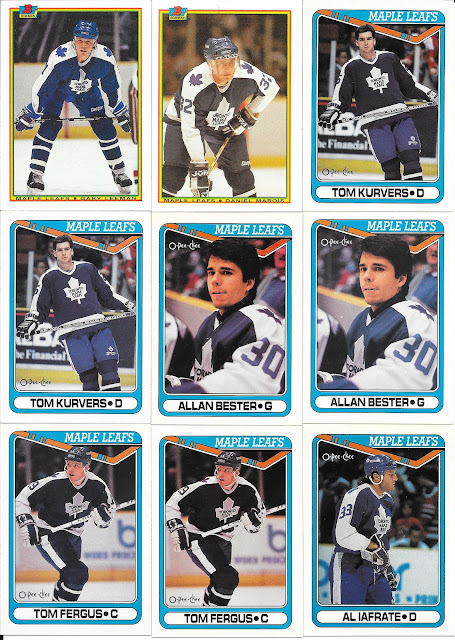 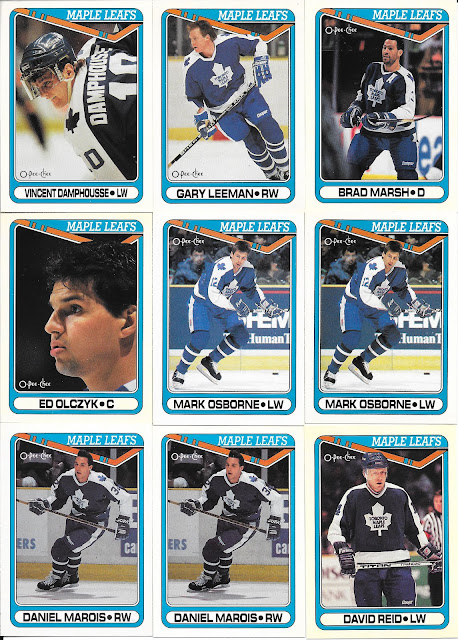 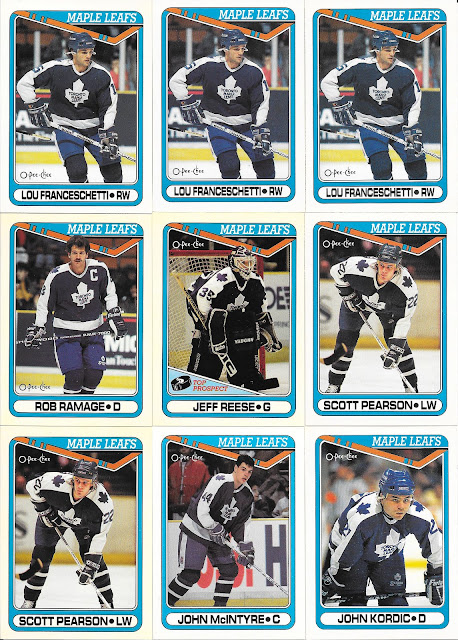 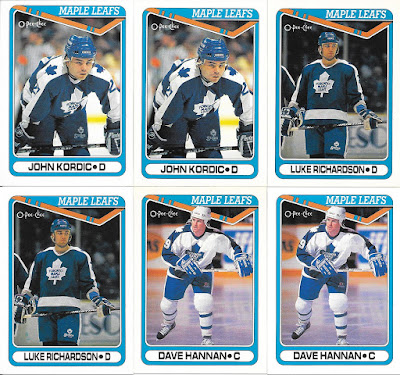 As you can see, a definite overload of 1990-91 O Pee Chee. A couple other usual suspect sets are pretty heavy, but I do think this has the most. 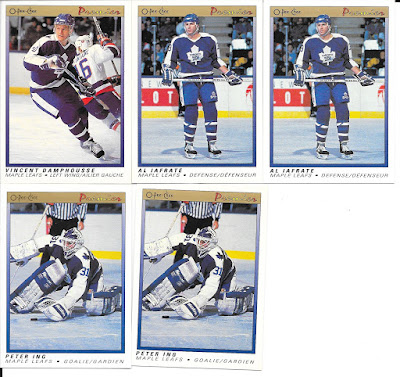 I already had a Toronto team set of the three cards from 1990-91 O Pee Chee Premier, but here is another for me.

A good start for the Toronto cards, but I am sure it will get even better as we get into the mid 90s to 2000s.