End of the quick box with a SN 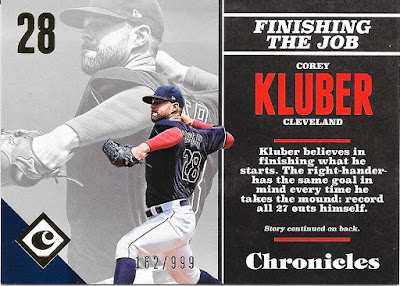 Here is an absolute perfect example of the numerous parallels of base sets that companies put out these days. The only difference? The foil stamp of the c in the bottom left corner is gold instead of silver.

It isn't enough of a change that I would expect a desire for all of them, unlike when maybe there is a wide border, and the border colour is changed - like Topps flagship base sets.

No keepers here, but one final insert... 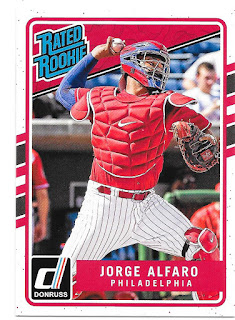 Jorge spent 2019 in Miami and played a majority of the games there - about 130. 18 home runs and a .262 average, but being on the young side at only 26, would expect him to be able to improve over these numbers again the next couple years.

Early on, and we have plenty to go for the year, but so far...

Again, feels about right for the box, even though it is a really small one given all of 15 cards, but at least there were a few keepers out of it.
Posted by CrazieJoe at 8:00 AM