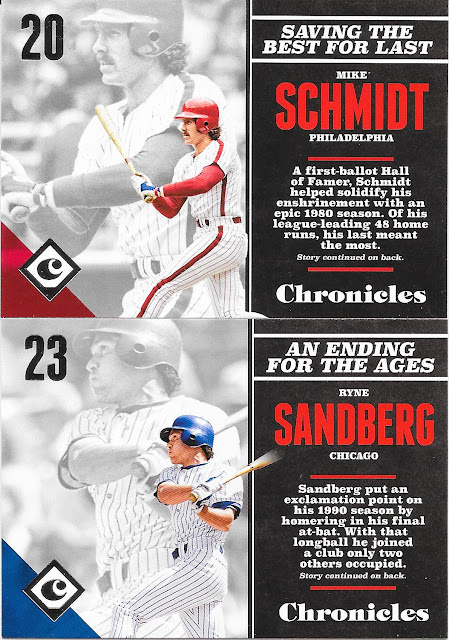 I have mentioned before that Ryne would be a PC guy for me if I did such things, along with Tony Gwynn, Still, not the prettiest of cards, but I can appreciate that base set including retired players like this. Doesn't make this a set I want, but a plus for it nonetheless.

I forgot to mention yesterday, and though not scanned here, the design on the back has a lot of blank space as well. It's at least a different picture used in the space background, but still wasted space for the card. 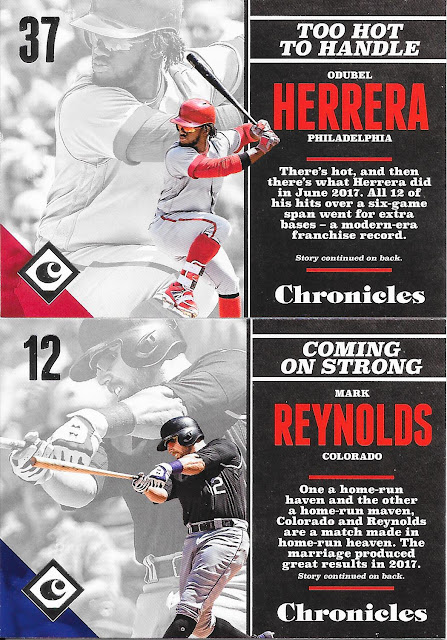 No short prints or SNs in the base cards today either....but one insert... 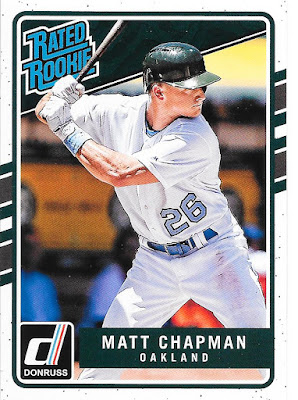 That Rated Rookie symbol takes me back as they use the old Donruss design for it on the Donruss cards here. Matt had a great 2019 and has been doing great things for Oakland. The 2017 card here highlights his interest debut game where he didn't have a hit, but two walks and scored a run which had been over 2 decades since the last Oakland player to have such a debut.