First up, a big congrats to Jetre and Walker, two well deserving HOFers. Sure, Jeter wasn't unanimous, but really not sure if that will matter much in the long run - HOFer is an HOFer either way.

As a Canadian and follower of Larry Walker's career, especially with Montreal, fantastic to see him get in. Well deserved and by all accounts a great guy and player.

As for today's title - no, not the Indy - not quite that time of the year yet. First, the base cards from the latest pack of 2018 Diamond Kings. 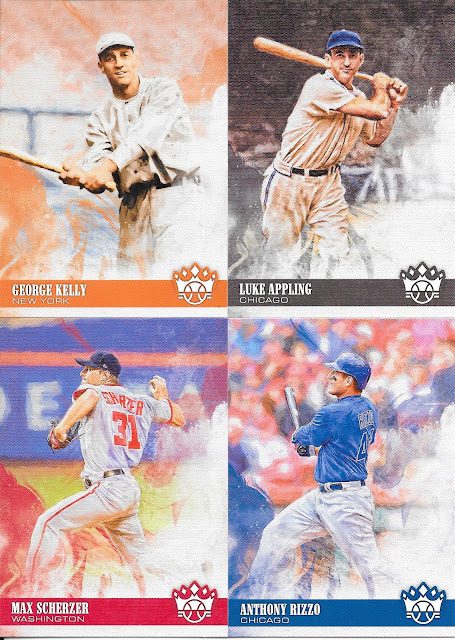 Somethings old, somethings new, nothing borrow, and one card blue. For current stars, can't go wrong with Rizzo and Scherzer, and when talking early 1900s baseball, Kelly had the most home runs in the NL (23) while Babe Ruth was hitting 59 in the AL, and Appling had a career batting average of .310, all with Chicago. 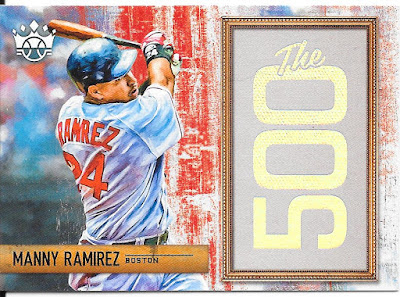 A self explanatory insert set, another decent design, and the continued nice card stock. Here we have Manny and his 500th home run remembered on cardboard. I can't believe that was over 10 years ago already (actually, over 11!).

PWE goodies from andres79 from TCDB for the final share today... 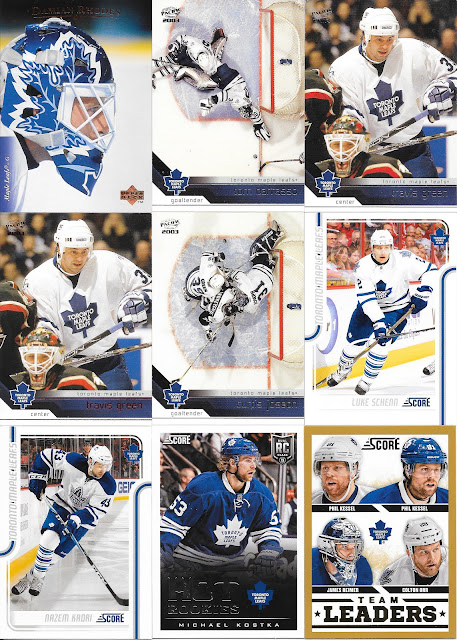 A nice bunch of new Leaf cards including a surprise red parallel Travis Green. Travis only lasted a couple season through Toronto.

As for Michael Kostka - he had a few different partial seasons in the NHL, with only one of those being in Toronto. Again, any time these highlighted rookies make the NHL, I'd call it a success from the card aspect rather than hot rookies who never quite get there.

Another appreciated PWE - thanks andres79.
Posted by CrazieJoe at 8:00 AM