When The Man Comes 'Round

Today, we begin the first box bread of 2020, and it is one that I picked up a couple months ago, but as usual, haven't had time to get to. 2019 Topps WWE Women's Division. 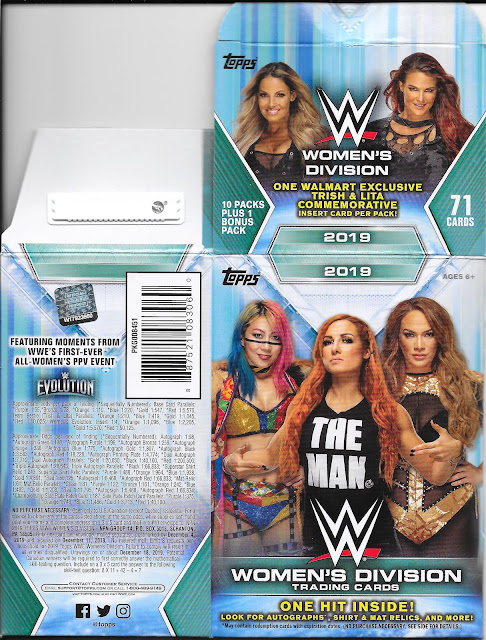 No surprise that prominently featured on the front is Becky Lynch as she has been "The Man" for the last year, when it comes to the women's division. Just to cover the other faces here, Asuka and Nia Jax - both solid picks. Lita and Trish being the Hall of Famers or Legends is more than fine as well.

Not pictured but also on the box are current stars Shayna Baszler, Lacey Evans, Batley, Alexa Bliss and the Pirate Princess Kairi Sane.

First time out for the year, here is my scoring system this year which will cover all boxes I break:


I think I will try to score the repacks based on the above as well. If I pull inserts and such, I will have to look up some pack odds, but should be fair enough otherwise to score those repacks, and I would expect them to be the lower end of what I open through the year, but we shall see.


No real fair way to count packs I pull for the unopened pack collection, but I am fine with that, and here they are for this one... 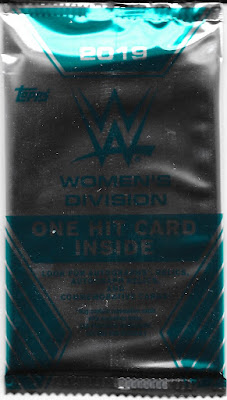 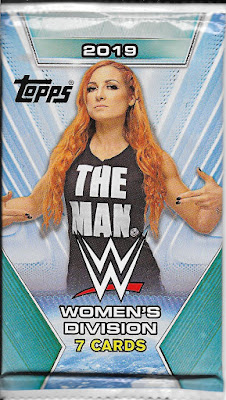 I can tell you the "Hit" is a serial numbered mat relic because there is only the one card inside, and I can fell the mat part on one side and that there is a SN on the back, but can't tell you what it is out of.

Each of the packs themselves look identical and feature Becky. Not going to complain about that one bit. It leaves us with 9 packs and 7 cards each. Knowing the correlation should be decent, should see about half the base set if all works out on this one.

The first card out... 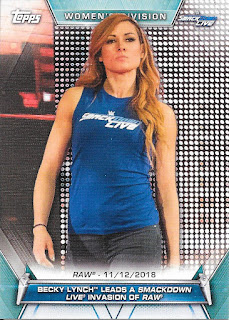 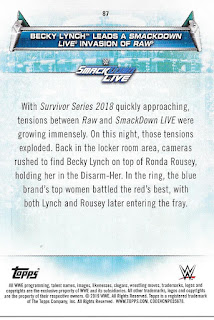 A great one as this was the invasion that saw Becky's trajectory change because of the punch from Nia Jax which kept her from fighting Rousey at the PPV event later that week.

I understand why they didn't use it, but the more iconic photo would have been the bloodied picture of Becky in the stands afterwards standing tall.

This is also from the second half of the base set (the first half are posed roster pics). 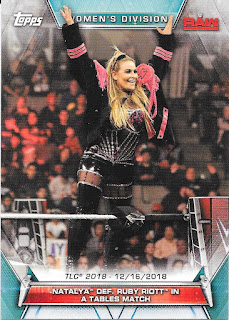 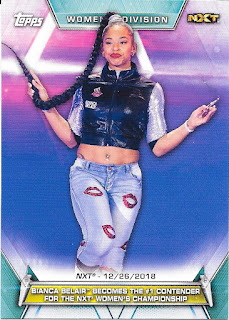 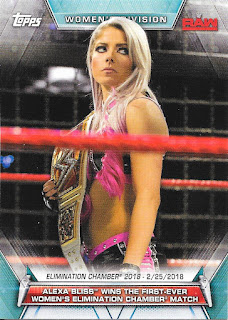 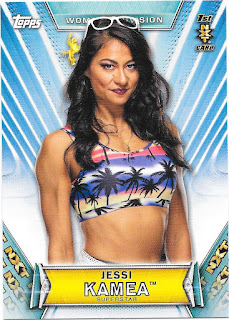 Always happy to see Bliss, and the E-S-T of N-X-T is a solid card also. 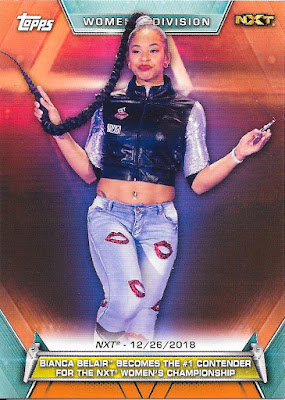 At first, I totally thought I got a dupe in the very first pack, but knowing collation as it is these days, it didn't make sense. Then I flipped the card over... 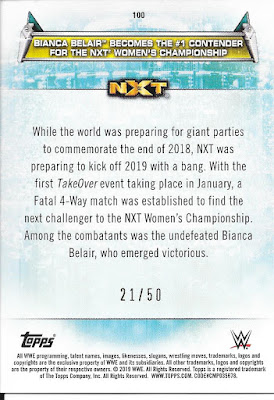 Sweet! This is one of the Orange parallels which fall in every 110 packs. The colour parallels are a bit gimmicky, but with those odds, I'll take it that this will be the hit of the box for me and not a bad one either.

Last up, a Team Bestie card... 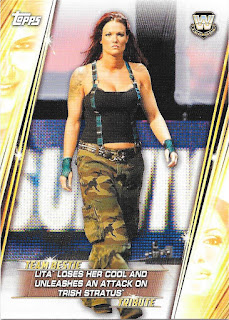 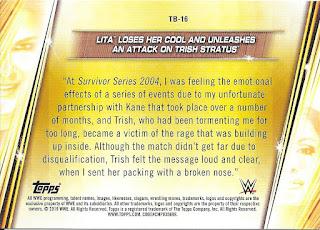 Lita looking fierce as she loses her cool. I like the design a bit better than the base when it comes to the back, but otherwise, a solid design anyway.

Wow - that is one solid start!

I know the new scoring will mean overall higher scores (and hopefully a wider range in scores), and will not be comparative with last year, but that is all good and fine with me.

As I mentioned yesterday, do have some trade cards to share still, so here is one for today from CardDad78. Since they live in Quebec, a great source for some of the French version of cards. 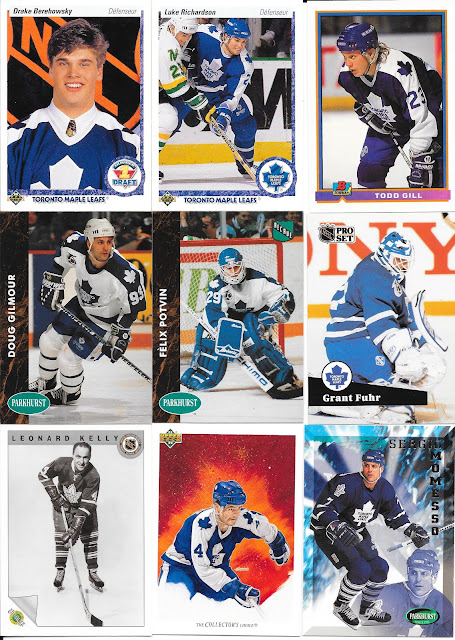 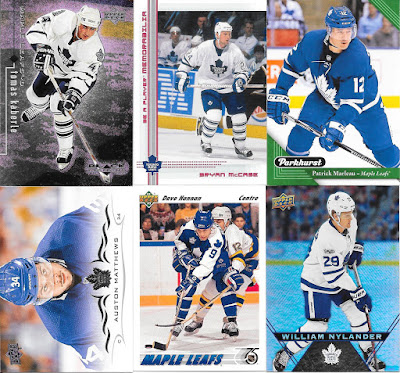 Most all of the early 90s cards are French versions which I didn't have. No difference in the pictures or designs, just a language factor, but counts for being different cards.

I really appreciate any Auston card that I get, and any Timmies card, so a great couple more recent pick ups.

Best of the bunch for me though is the Be A Player Memorabilia because it is another of those parallels which doesn't actually have a serial number (when it should be SN 200).

Beautiful variety and appreciated much!
Posted by CrazieJoe at 8:00 AM