The big picture on the Dave & Adam purchases

Today, I am going to go through a few of the "not opening" items I picked up from Dave & Adams last year. These have been sitting and waiting to be discussed, and are easy enough to touch on in a single post so I can log them and get these out of the way ahead of the boxes and such which will need opening. 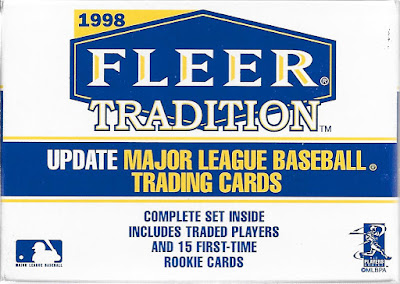 Reason I picked this up was because it was only a couple bucks on sale. A nice little set having many of the stars of the time (the first cards are McGwire, Sosa, Clemens, Bonds), and one I didn't have any cards of, so I figured why not - it means one more completed set out of the way. 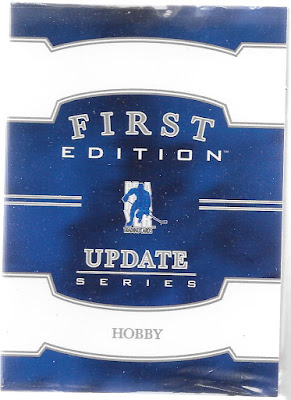 Yeah, that is a mouthful. Again, this was only a few dollars for a complete set (the baseball was 100 cards, this one is only 15, but one is a Rick Nash rookie at least). This is the hobby version as there is also a retail version with all different cards. They were the same price, but I didn't realize the cards themselves were different or I would have picked up both. 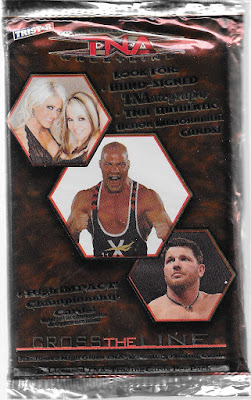 I have picked up a good start to the 2008 TNA Cross The Line set from the CNE packs I opened in December, but now I also have an unopened pack. Only 5 cards per, so I don't feel bad just picking up the one for $1. Man - AJ looks so young even there!

With that, we start looking at the Dave & Adam goodies from last year, and we knock off two sets for the year, just like that (only 8 more to meet one of my goals).

Tomorrow, I start the first box of 2020, and a revised scoring system for this year - nothing revolutionary, and as long as I keep it year long, should be fair.

In separate mail news - seems that the backlog from the holidays is clearing up as I received a few packages which will take some time to get through, but also a few PWEs, so let's share one quickie today. The Next Line insert is nice and shiny in hand, but no match for the Potvin McD card. I still need another Potvin though as I am close on the set, and also need a copy for the Leaf collection.

A great and quick little PWE which is much appreciated!