Seems today we get a nice sprinkling of sports and sets - always a fun time. 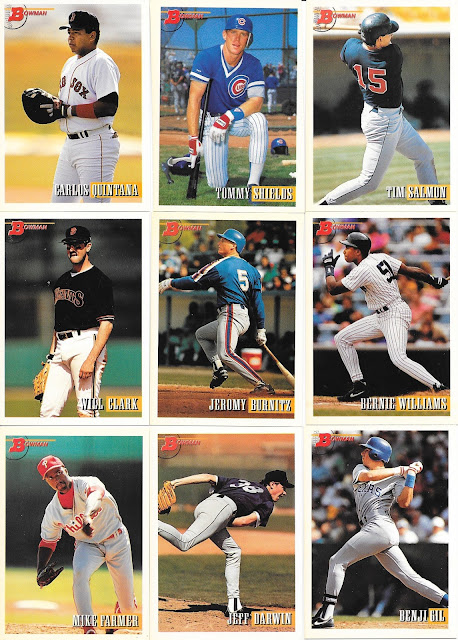 More tinged 1993 Bowman cards. At over 700 cards, not sure I'll see enough to make it worth collecting here, but time will tell. The photography is fine and the Bowman logo may be a bit bigger than needed, but the placement nicely keeps it out of the way. Some decent players too with Will Clark and Bernie Williams. 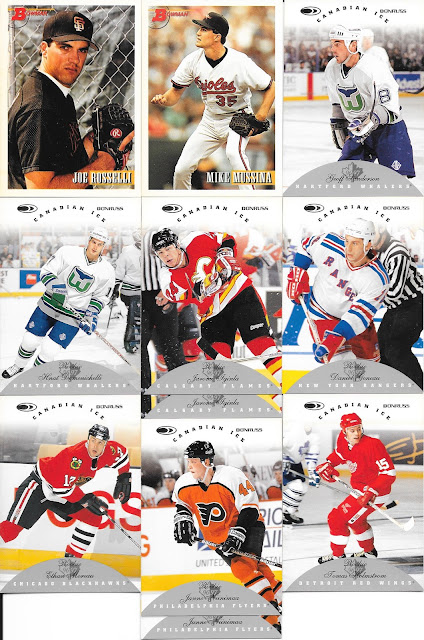 Like the idea of throwing "Canadian" in the title by Donruss - not sure if it is overly suiting or just another set and way to separate it. 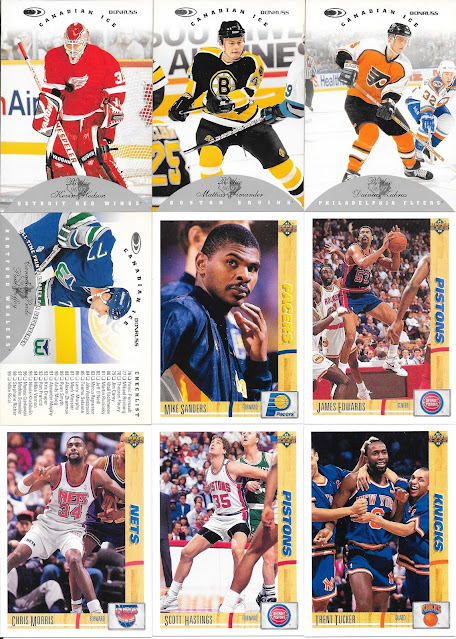 Then some classic 1991-92 Upper Deck basketball. 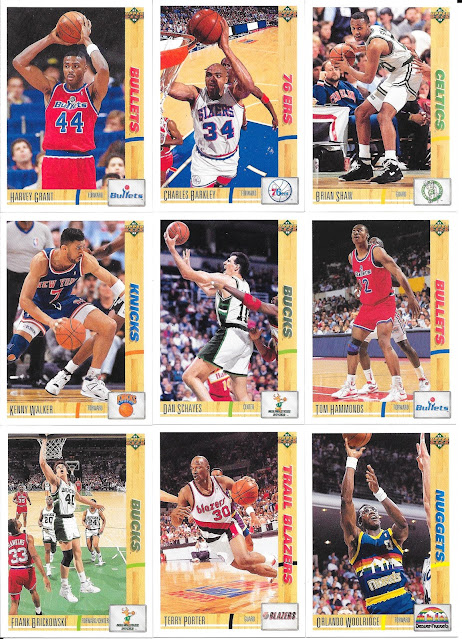 Charles Barkley's card here raises an interesting thought to me. I always think of him as a Sun, not a Sixer, but he did spend more time with Philly. It must be just the timing and fact that his Suns time is when I was more glued in with the NBA growing up.
Usually you remember a player being synonymous with a team they spent the most time with, but what are some examples of a player better remembered for a team they spent less time with? I could see David Wells being remembered more for his 4 years with the Yankees than his 8 years in Toronto for example. 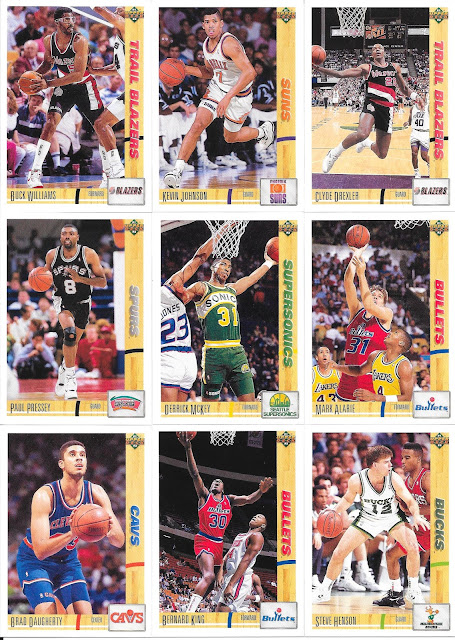 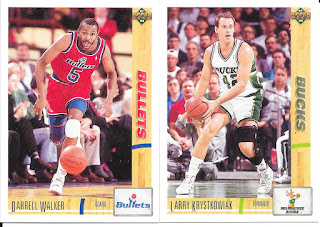 We do get one keeper for today at least... 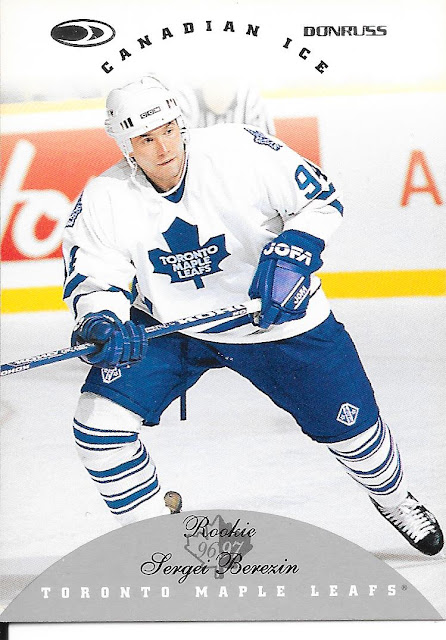 Sergei definitely is known for his time in Toronto as he only dabbled around for a couple years after leaving Toronto, having partial seasons in 4 different places before being done in the NHL. 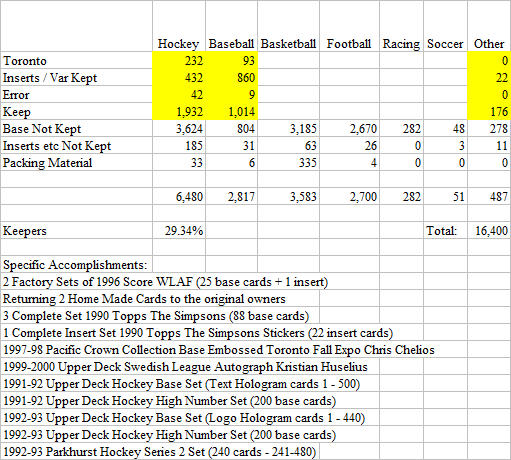 Last up before leaving...they came.... 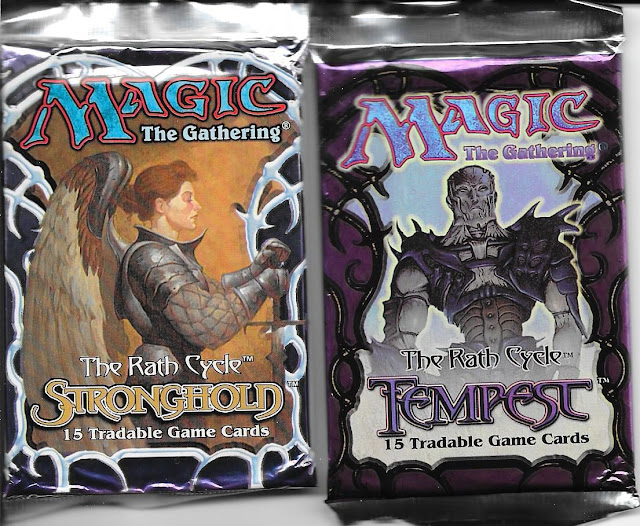 With these packs, I am now "done" with my unopened pack collection for Magic: The Gathering. I mean sure, I will continue to pick up the packs for new products as they come out, but I am not going to go after one of each artwork, or anything more historically, and I am not going for Alpha, Beta, Unlimited, Arabian Nights, Antiquities, Legends or Portal Three Kingdoms.
The last thing I do need to do is, my mystery booster pack is actually part of a box I bought of that product, so at some point need to crack the box to take a pack out, and probably go through the rest of the box...but fun for a different day. I am debating whether I should instead open and sell packs to recoup my cost on the box, but going to just leave it for now.
Anyway, one goal reached I am pretty darn happy about...now if I win that lottery, maybe I'll take a run at those other packs.....
Posted by CrazieJoe at 8:00 AM