Although this isn't a set I would evet purposely collect - it is hard sticking this up for trade when I am all of 10 cards short on the complete 200 card base set... 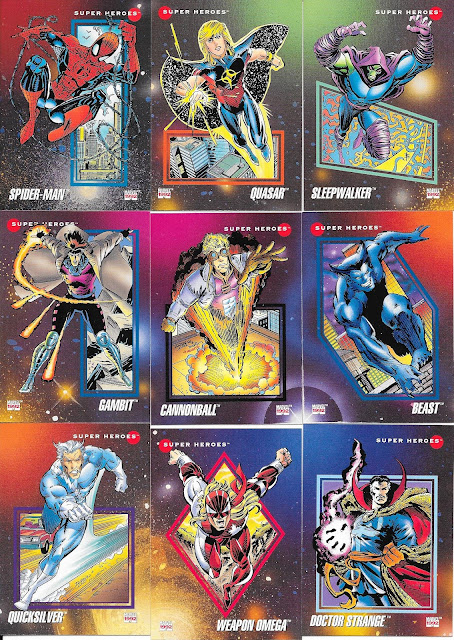 1992 Impel Marvel cards are pretty cool for what they are. If you liked the comics, follows the shows of the 90s, or of course the more recent moves, you will have a good idea about many of the names on the cards. It's really the comics though where these draw their write ups and details. 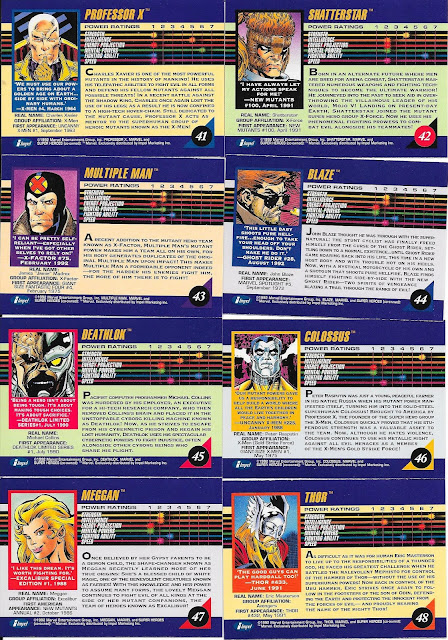 It's not like there are sports stats to fill the back, so having some arbitrary stats for different characteristics isn't a bad way to go, along will a nice write up. 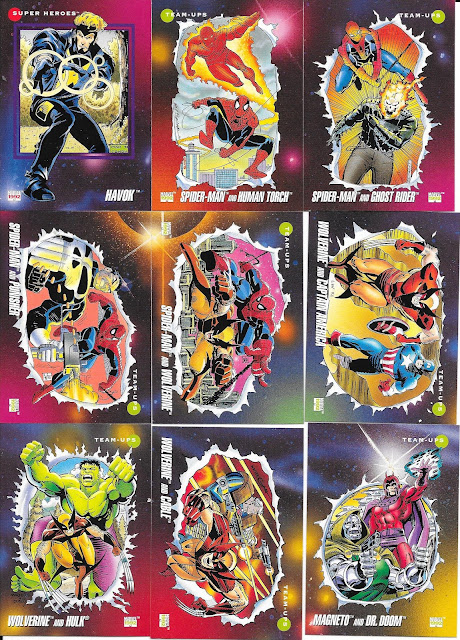 The base cards have a number of subsets too, including Team-Ups like you see here. 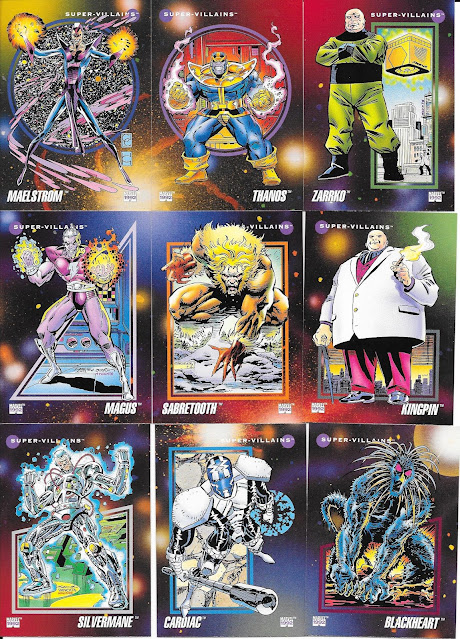 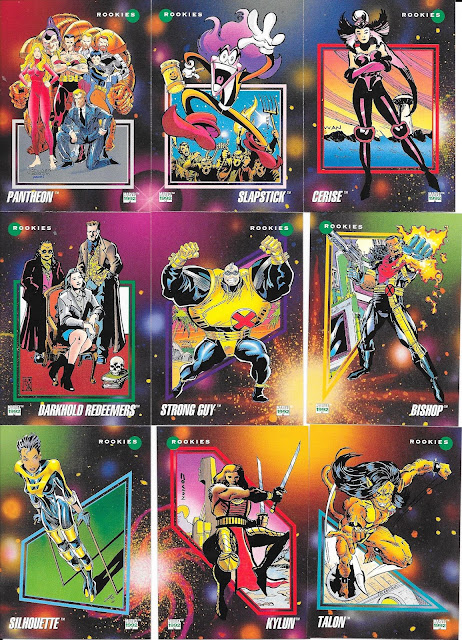 Heck - you even get a rookies subset...so it is kind of like a sports card set after all. 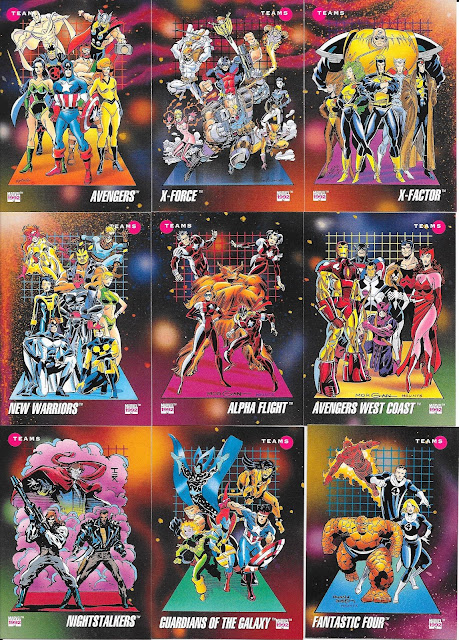 The question I have is - is it just a matter of time before all of these teams get into a movie or two. I know a few already have, and Marvel movies seem to be big bucks so....? 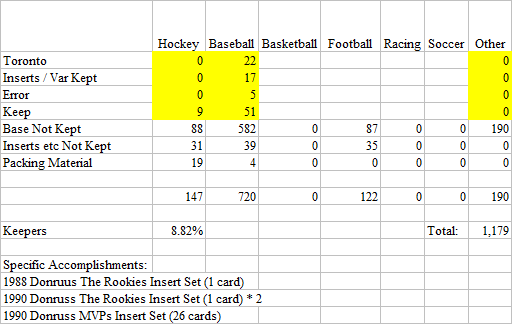