So, I did a very small type post with Frank Thomas where there were a few cards of his together, but I thought I'd see a couple more complete player PC type sections in this lot, and today we hit one. 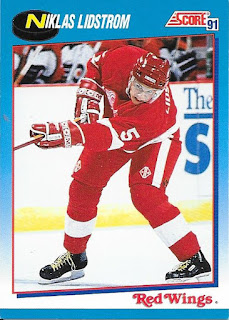 Well - there's a keeper with the first card as it's an error. I guess when a new guy is just starting in the league, it's hard to get the details down - like how to spell his name. 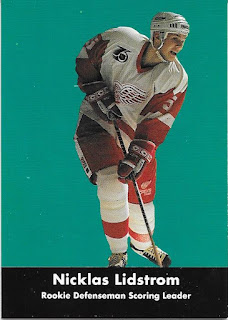 Nicklas was a Red Wing his entire career. A feat I've talked about before and respecting and appreciating when it happens because, these days, it's become so rare to see for a long career. 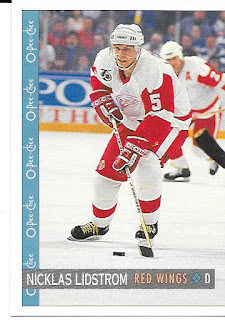 I expect the biggest accomplishment he'd list is the fact he won 4 Stanley Cups with Detroit over his years with the team which spanned 1991-92 through 2011-12. 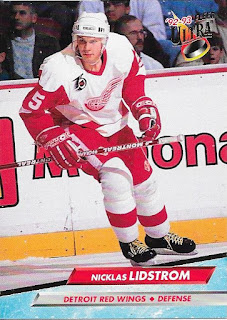 He was a workhorse as he regularly played almost 80 games in almost ever season except the strike shorted one there in the mid-90s that we try not to remember. 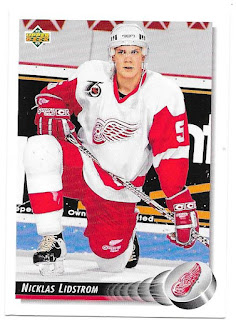 He was a solid D-Man that was usually good for about 13 goals and 45 assists a season. 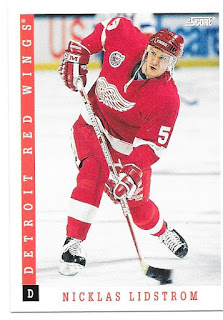 More telling for his career is the fact he was a +450 over his tenure in the NHL, with only one season being below zero. 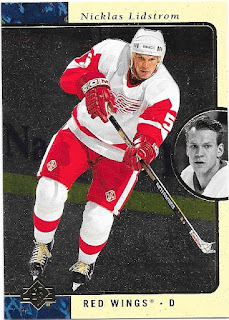 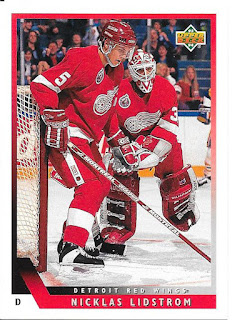 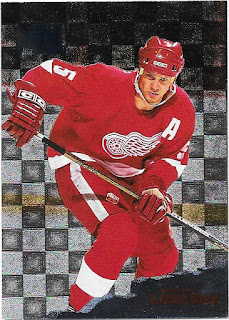 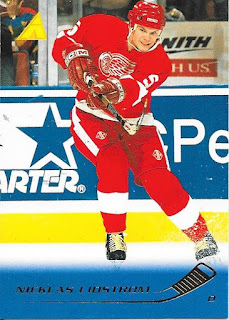 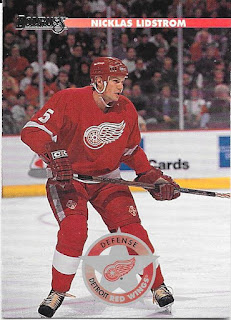 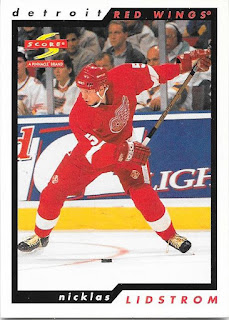 A few of these cards have dupes, but most are one offs here in the run. As for myself, there are a few which are keepers because they are in sets I am slowly building, but most are for trade. 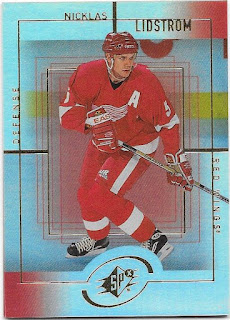 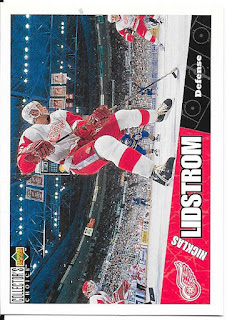 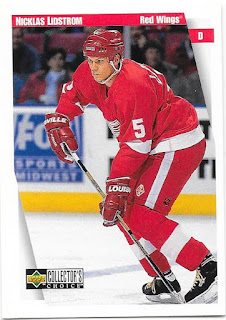 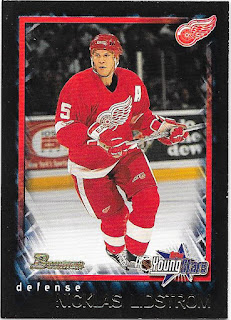 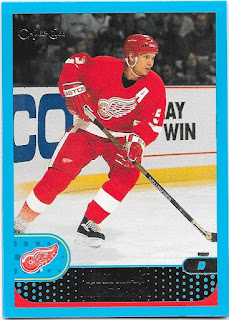 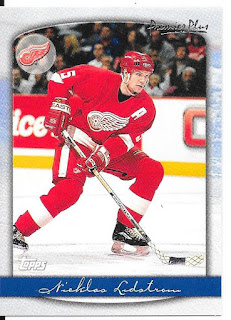 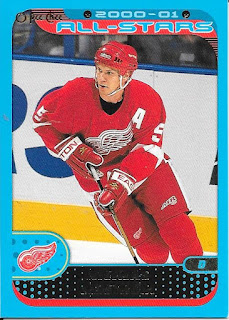 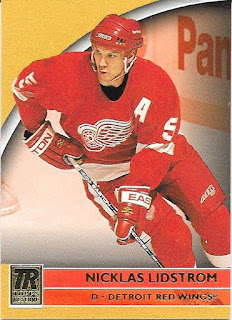 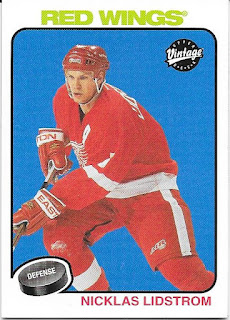 The cards here don't span all the way to the end of his career, but about 2/3 of the way there, and this Vintage is a good set add. 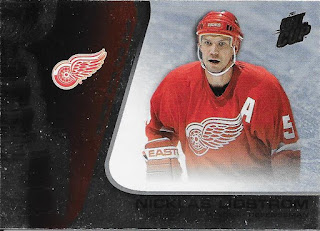 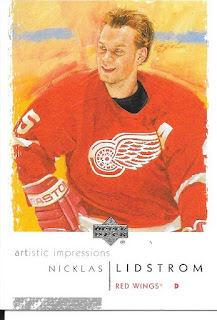 I have a couple Leaf cards from Artistic Impressions here, but not any others - they do look quite nice. 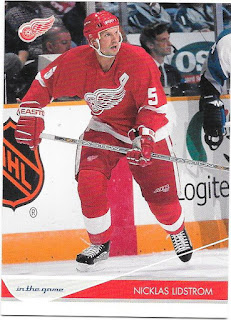 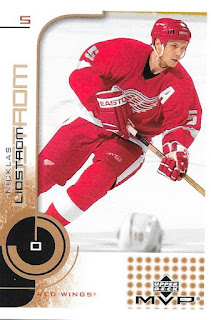 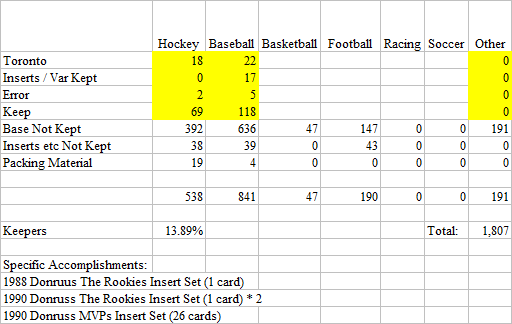