I expect there will be a chance to do a few posts like this, where we end up focusing on a specific athlete/player as I come across a few cards all about one person in this lot.

Today, we get a personal facourite - Frank Thomas. 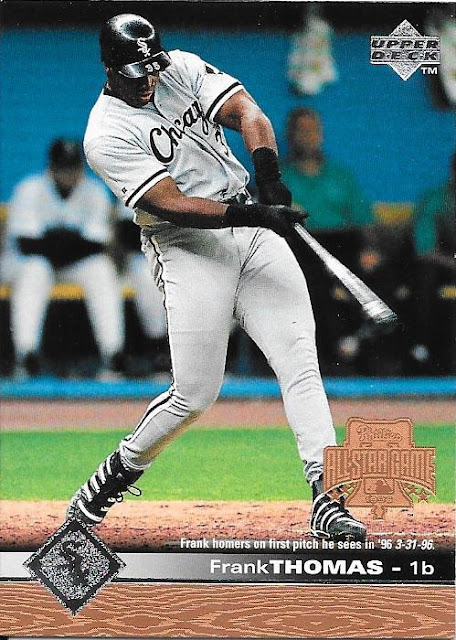 Frank WAS the White Sox for almost his entire career. A 5 time All-Star (1993 through 1997), first ballot hall of famer, with over 500 HRs in his career, he was a stud of a first baseman who also spent time as a DH. 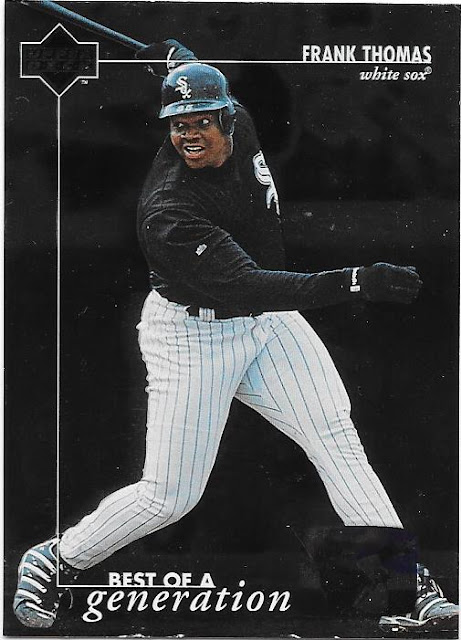 The are a handful of players for the Jays, and true for the Maple Leafs as well, that I am glad got to play for the team, as it gives me a chance to collect them as part of my Toronto collections. Frank Thomas is definitely one of those guys.
In 2007, Frank called T.O. home and had a decent season that year with a .277 average while hitting 26 home runs and 95 RBIs. Is it one of his best seasons? No. At this point though, Frank was into the last couple years of his career, and those numbers are darn good for someone near the end of their career. 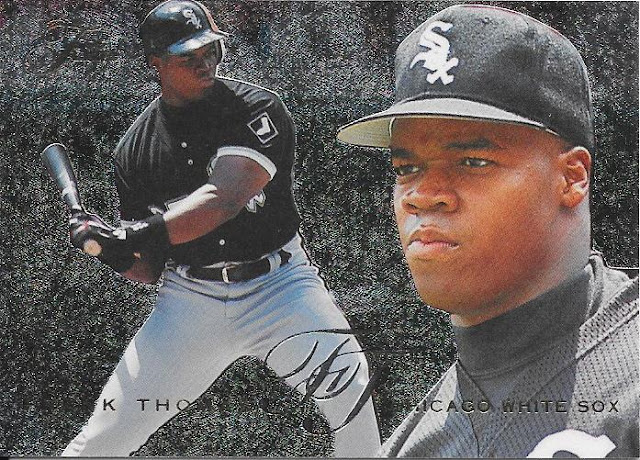 From all accounts I have seen, the man behind the player is an all around good guy. Add to his career, getting his name out there with a new generation from his Nugenix commercials, and he stayed a name people knew for a little while beyond his career! 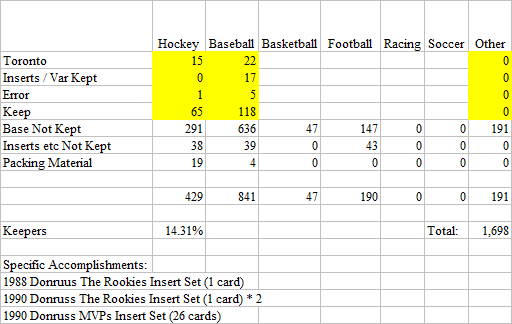 As we have a "light" photo day on the blog, let's go right to the lightest team baggie from Swing And A Pop-Up 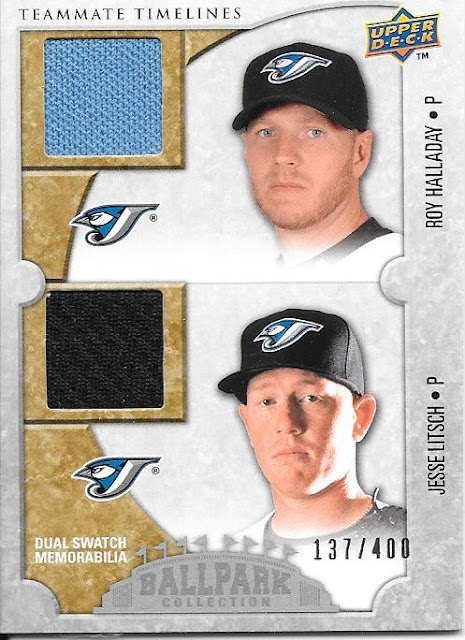 Now, that's a nice card. 2008's Ballpark Collection, I actually have another memorabilia card from in my Jays collection, so this makes two, and with Roy and being SN'd, very solid card and very much appreciated.
Doesn't hurt that we have two different colours, and neither being white. 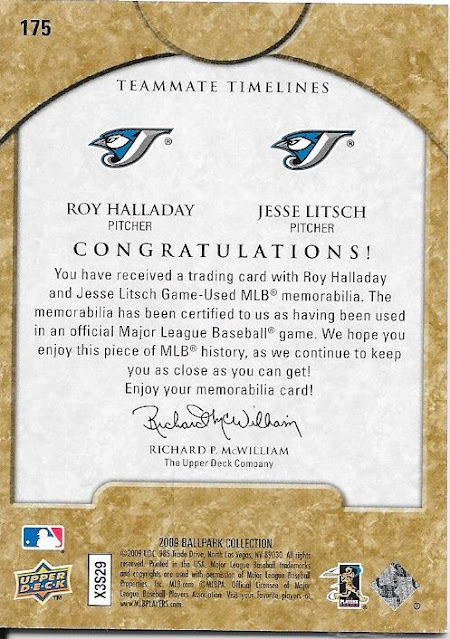 I might be about half way through the baggies, but I have a couple house projects (some painting) and a new computer that I need to take a few hours over a few days to set up. So, I will be posting, but I won't have the time to quite finish with these baggies yet. I will pick them back up in a couple weeks though and keep going through as they have been nothing short of awesome so far!
I also have to start work on a return package!
Posted by CrazieJoe at 8:00 AM