A Fine Friday the 13th

Before walking under some ladders or chasing around some black cats, let's look at a small pile of Finest cards, specifically 1998-99 Topps Finest hockey. 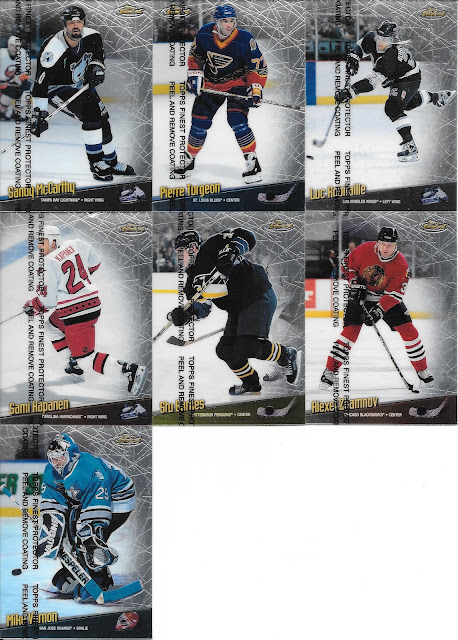 I didn't have any cards from this set, outside of a Leaf card or two picked up by trade, until one of the last lots of cards I bought. In that lot, had enough to put aside a start on the base set build. These all have the protective cover on them, which is my preference for them, though Sami's seems to be a little damaged on the top, though the card itself seems fine. 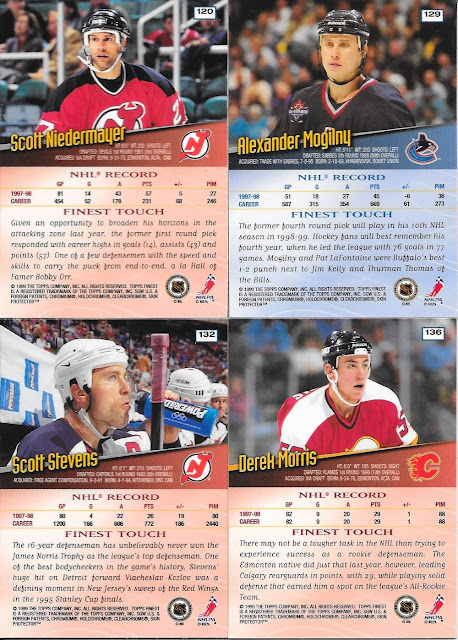 A few dupes, so a reminder of the backs which are pretty good as well. A couple decent stars in the bunch, and more keepers than not, so all good there - 80 of 150 isn't too shabby. 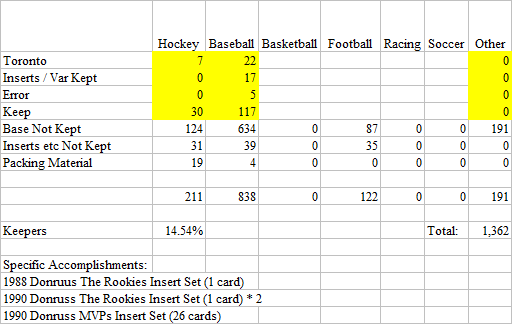 Before we call it a day, let's keep the 1982 Topps love coming with another bunch from Swing And A Pop Up. 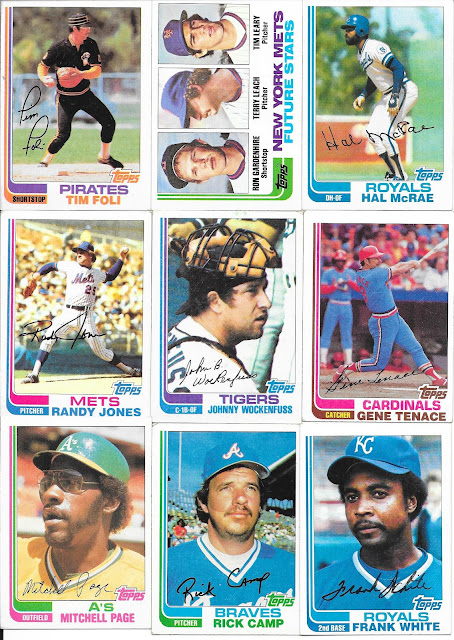 I still stand by the fact that Hal McRae was in every pack I opened as a kid. I know, it probably wasn't quite that bad, but he was just one of those players and names that seemed to be in so many of the packs I did open...it's like he was everywhere!
Also, not only is Jojnny showing what masks of the day looked like, He is also showing how close a name could go astray if you just switch the W and F... 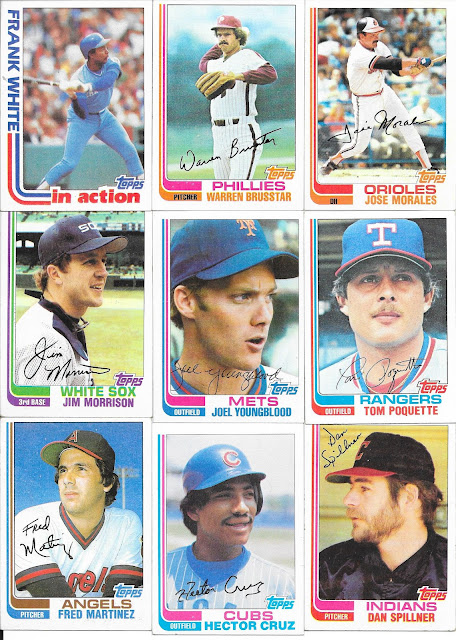 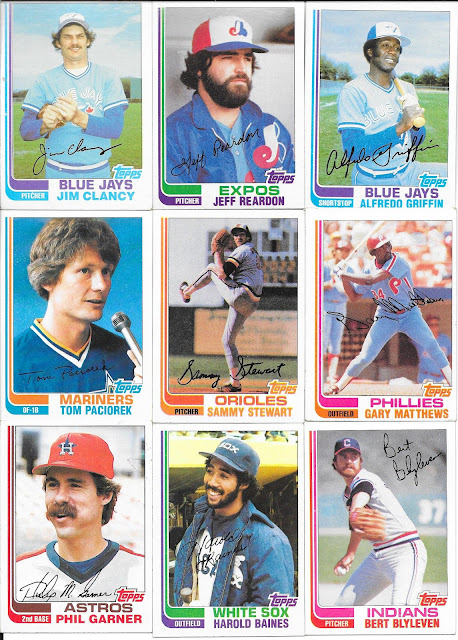 An all Canada team trio across the top here. Alfredo Griffin I always had a soft spot for, though not sure why other than it always seemed like he was really enjoying the game and being in the moment, but then again, watching as a kid, that's how I enjoyed the sport and watching.
Harold Baines - I guess he would look young in 1982.

The stream of help continues...I may just get to more than half way done on this set by time I am finished with the cards sent my way, which would be amazing!
Posted by CrazieJoe at 8:00 AM