What Was I Expecting? 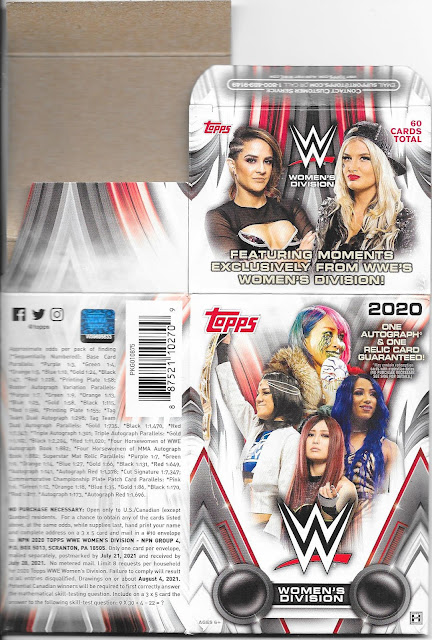 This was on sale, and I went back and forth on buying it, because it's crazy to me to spend something like $1 a card on cards that you have no idea what they are.
I looked and saw that it was 60 cards, and at first thought they were in packs, but before buying, saw it was really one "block: of 60 cards instead, so I thought, it would be an interesting enough product to open, and something I have none of. 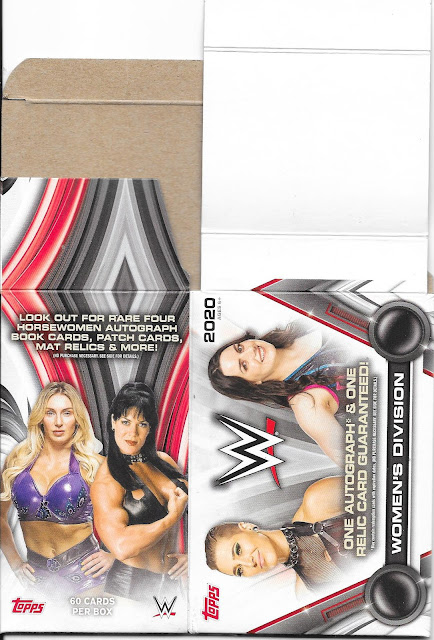 So I justified it away to myself that, why not, I don't do this often, and I know I will need all the cards, and the couple "hits" would be cool no matter why they were of. 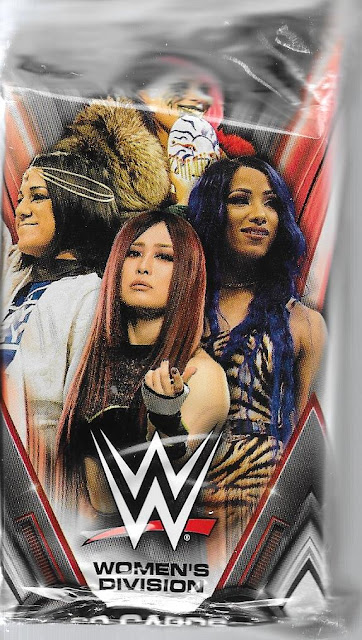 I was not expecting that. I was expecting a clear wrapped slab of 60 cards that didn't have any "pack" wrapping. So, now my collecting itches are pushing me not to open it, and to add it to my unopened pack collection. I mean, it's a super expensive pack, but I guess I have done similar with the unopened Magic packs.

For now, that's where it will be going - just definitely now what I was expecting I would be doing with the box.

With that said - I do want to add, I LOVE the packaging. I don't like the structure - one pack 60 cards, but I like that they were able to put 10 different stars on the outbox box design, though I am a bit surprised Becky isn't there, though expect it's the timing with her being off on maternity leave. Definitely a thumbs up there though.

Well, since that didn't provide any cards to look at, here's another bunch from Swing And A Pop-Up. The team baggies do seem to be somewhat together by time period as today seems to cover 2006-2008 Jays well. 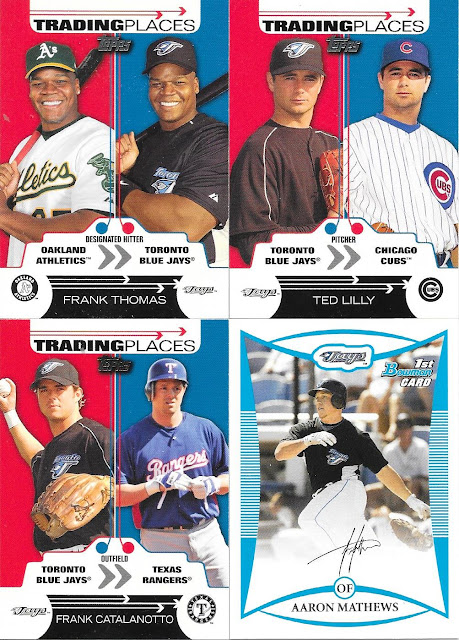 A great way to start is with team set completions, getting all three Trading Places inserts from 2007 Topps and the 2008 Bowman Prospects 3 card Jays team set too are highlights for the cards today for sure. 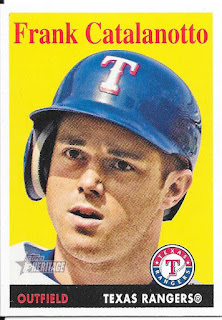 A non-Jays add - as I am not sure exactly why I had it on my want list, but am collecting the set, so all good! 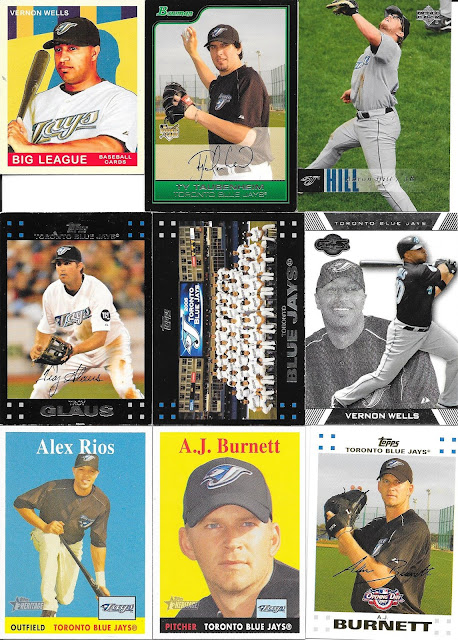 As I say, right in the 2007-2008 time period, and names from the day with the Jays like Wells and Burnett. I didn't mind when Opening Day was somewhat different other than the label, like a white versus black border. 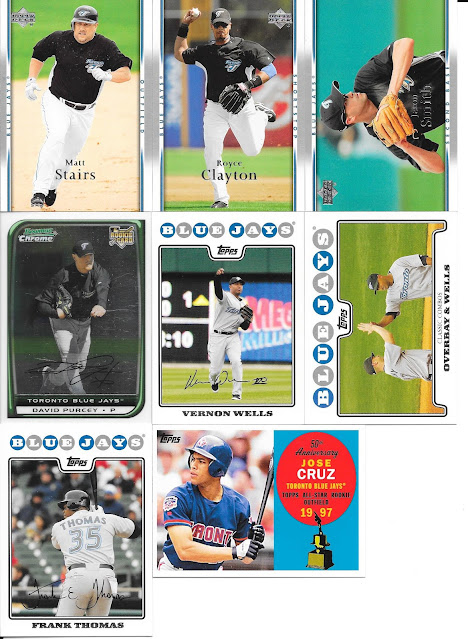 We get some nice Upper Deck from 2007, which was a nice little base set of over 1,000 cards. I will say, my favourite Jay during the time frame was Big Hurt Frank Thomas. I talked about enjoying him through his Chicago days, so was happy to have him join the Jays, even if it was near the end of his career, and for not that long. 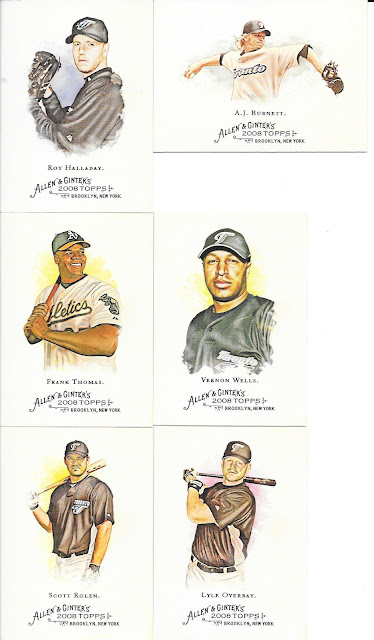 It did lead to some "Jays" cards like this. Pictured in the A's uniform, but labelled as a Jay on the back. Still counts for my collecting, though hurts a bit to see a non-Jays uniform in the binder. I'll make an exception for this guy though.
Oh - and A&G - nice enough cards, I just love adding them as I still have so relatively few given all the years it's been around now.
Posted by CrazieJoe at 8:00 AM