1991-92 and 1992-93 Parkhurst sets looked very similar on the front. Even the back was similar, save the very different colour used on the background. So when 1993-94 Parkhurst came out, the design was a big change. 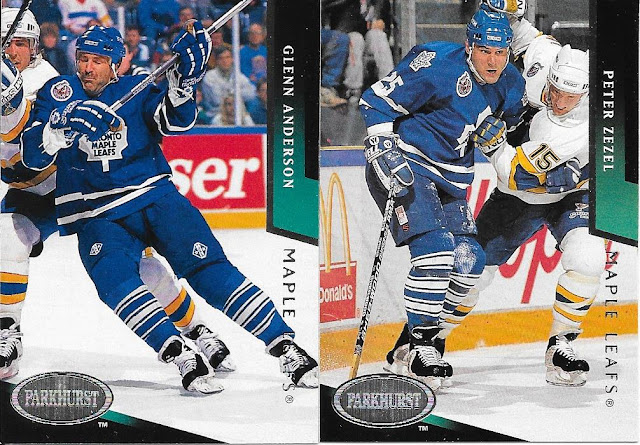 Slight modifications maybe, and the design could go for something out of the late 2010s. I'm still not collecting this set, so these are the two keepers for me - actually both were new ones too. The design was a good step up for my liking from the prior years though. 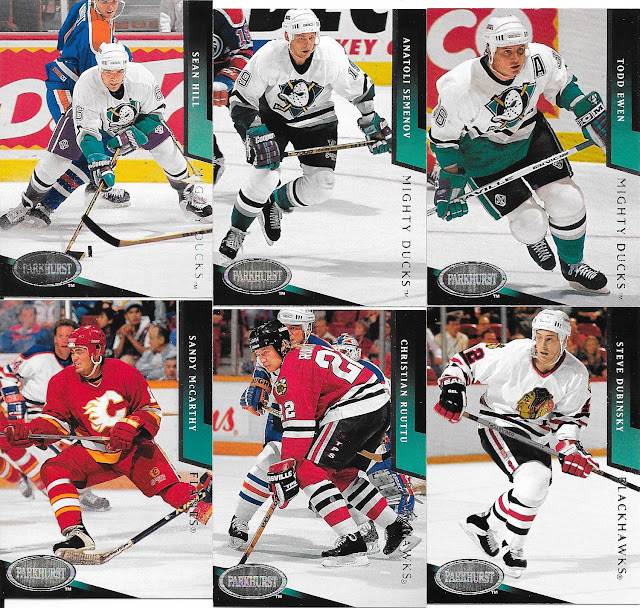 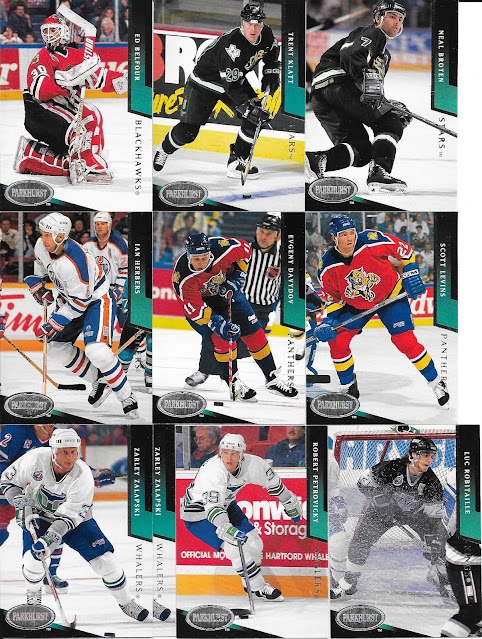 Otherwise, the Parkhurst green and black used for the bordering works well, and you get the odd great photo too - here I really like Eddie looking back, and the snow cloud Luc is stuck in. 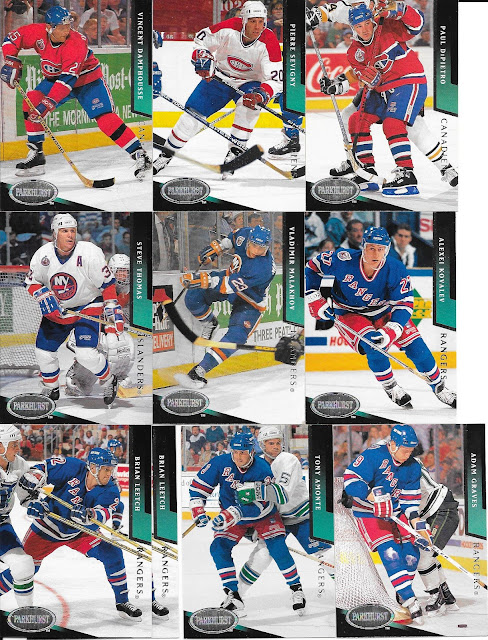 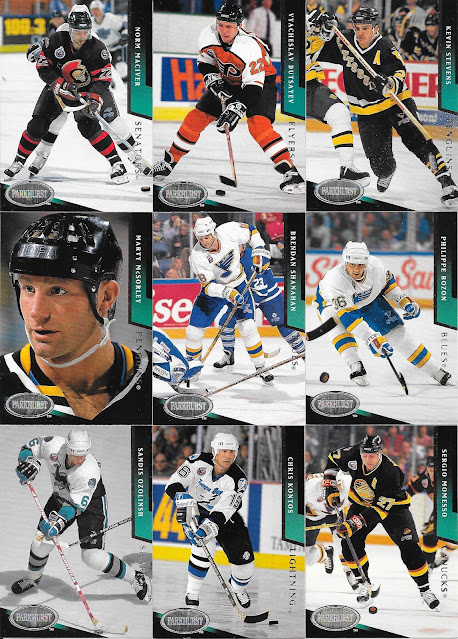 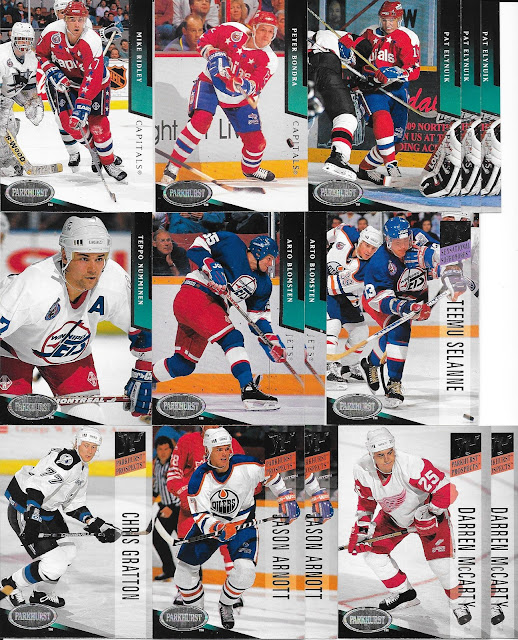 The backs are fine with a good second photo. Other than wanting more stats on the base cards, these "Parkhurst Prospect" cards are fine. No Young Guns, but that's what they were trying to be back in the day, and it worked fine enough.

I don't think this will be a set I get drawn into collecting though, but I can still appreciate the design being one that I think stands up well. 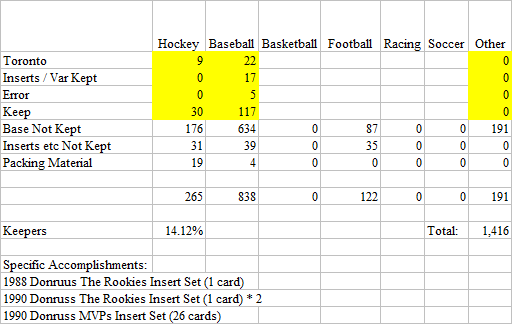 Let's continue working through the wonderful team baggies from Swing And A Pop Up, and specifically more 1982 Topps. 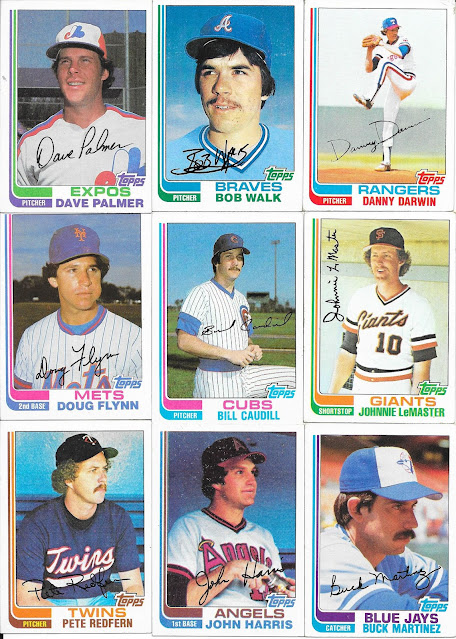 Always enjoy Buck Martinez Jays cards. I was too young to really remember much of his playing days, but he has been a great addition to the announcing team in the late 80s at first, but mroe so for the last 12 years or so for the Jays. A shame he had to step away recently for health reasons, but wishing him all the best on that front. 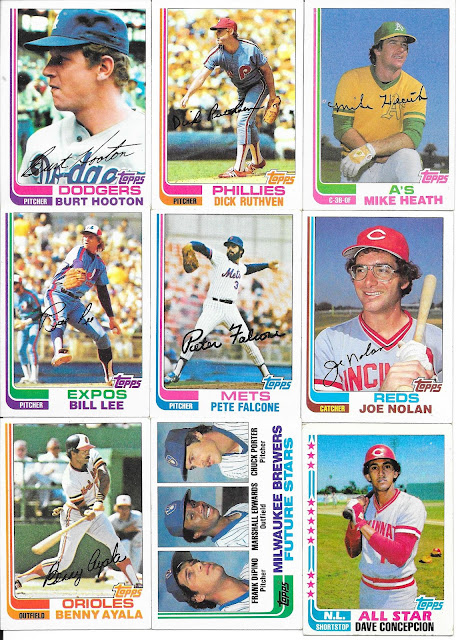 The All Star subset design is subtle in the difference and plays well off the base design. Nicely done. 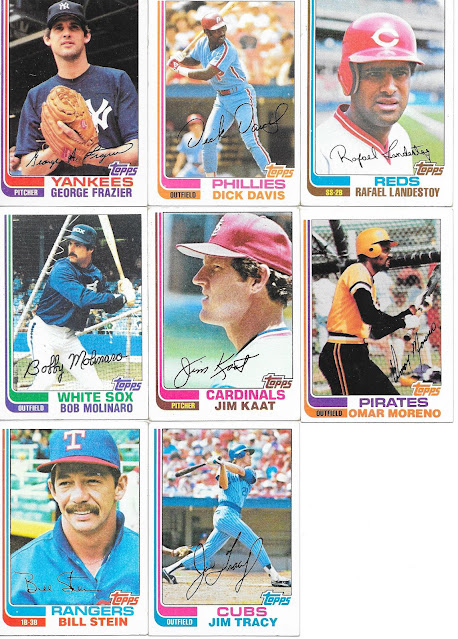 Another solid bunch of additions, as well as one error or variation may be more appropriate... 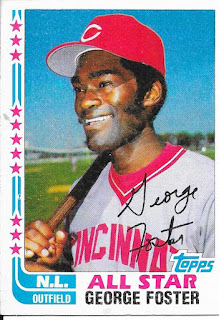 There is this signed version and an unsigned one.
We also have a single dupe... 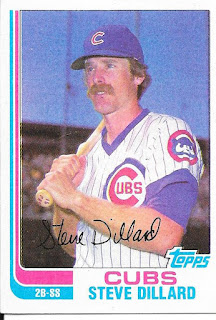 As luck would have it - just happened to have received one in a trade recently, but that's okay. I should be able to turn it into a base card I do need sooner than later!
Another great bump up in my cards for the set - with plenty of thanks!
Posted by CrazieJoe at 8:00 AM