Today, we get about 150 cards from 1992-93 O Pee Chee hockey set, which is one that I am slowly collecting, so as it worked out, this was a good bunch from the COVID lot. 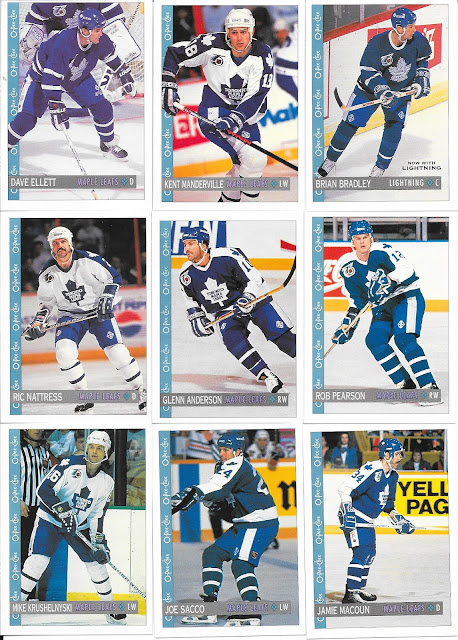 A good bunch of Leaf pick ups which is definitely needed in order to have dupes for the set and the team collection. Also nice to pick up Bradley which is rightfully listed as a Tampa Bay card, but for my collecting, since he's in a Leaf uniform - still counts as a Leaf for me. 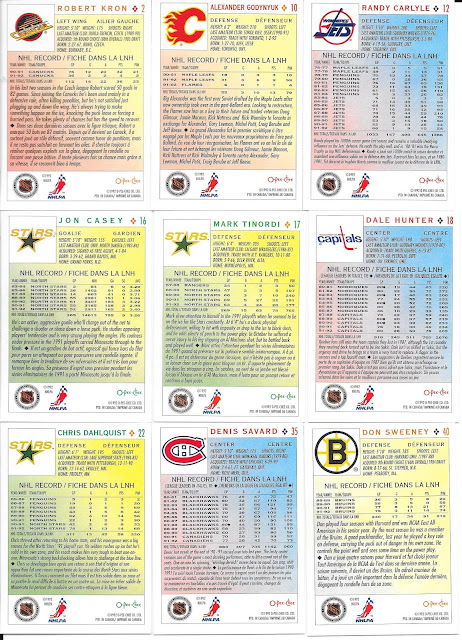 For your viewing pleasure, some backs which, lack a bit of flare without any pictures, but with full stats and write ups in two languages, lots has been fit in here. 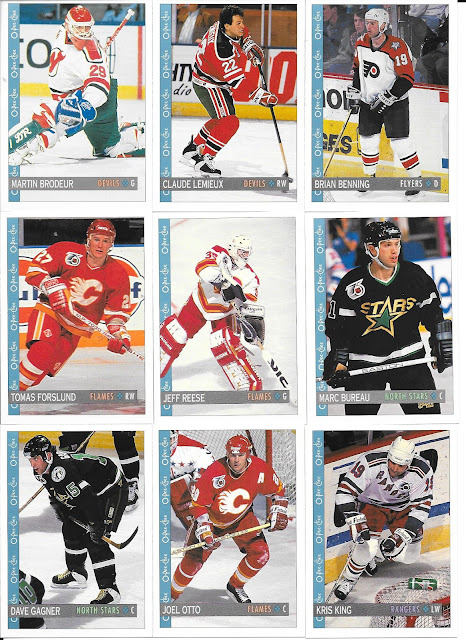 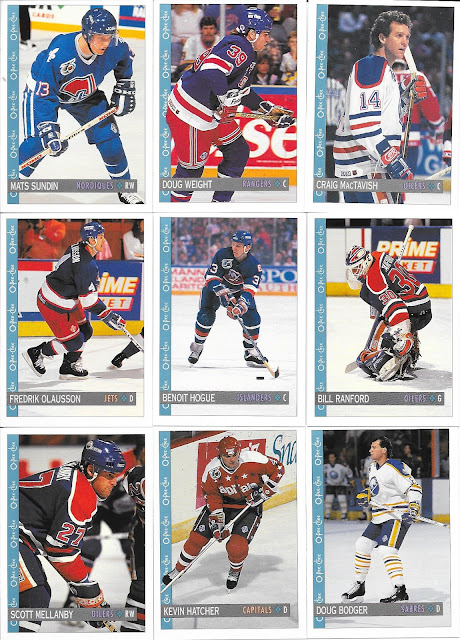 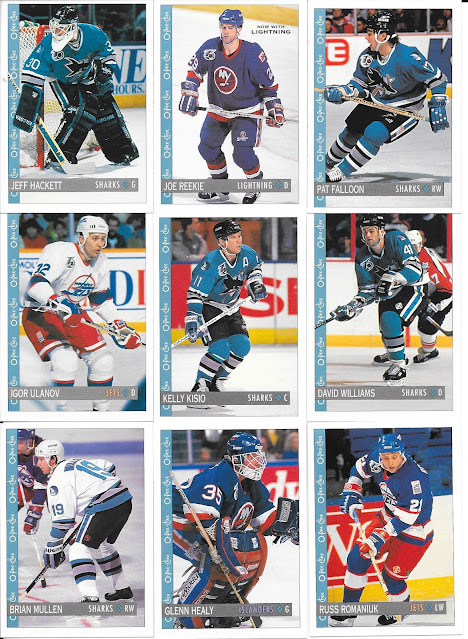 The bunch of keepers is swimming with Sharks which was a big deal at the time with expansion having just happened. 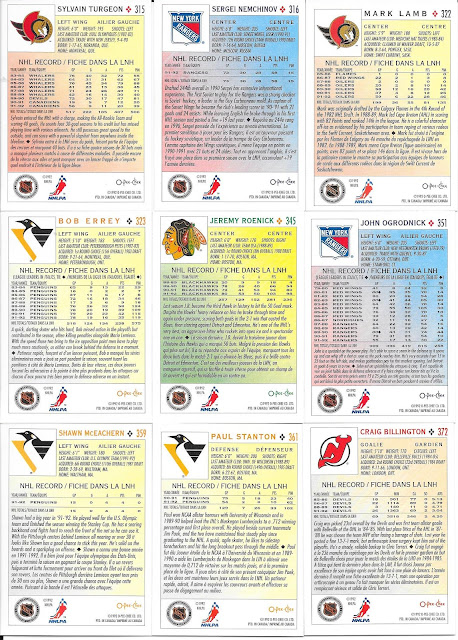 A great bunch of keepers between the set, the Leafs...and even a few UER cards for the error collection...

Added about 20% of the set today - and no, didn't show all the keepers. There were some dupes which, if you are interested, are all coded into TCDB and ready to trade! 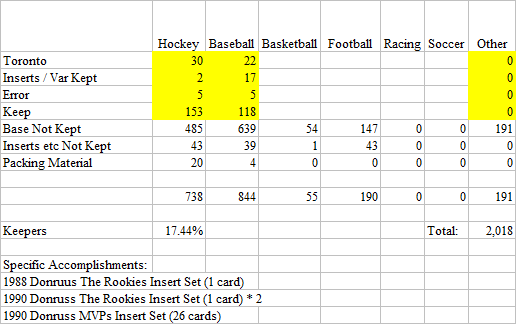