Today's cards from the COVID lot aren't really new as I've seen plenty of the set, but still not done the set so some keepers. Let's start with my Toronto cards. 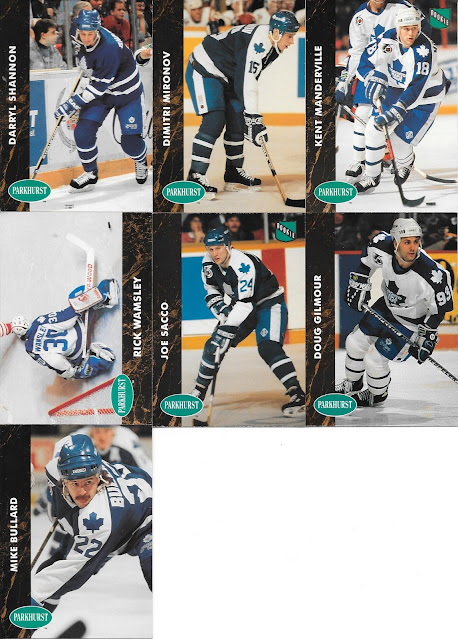 1991-92 Parkhurst can be tricky at times to recognize. I typically first tell the year of the card by checking the stats since that will show you the last year before printing. In this case though, the latter part of the set was released with 1991-92 stats on them, so it doesn't quite work. 2004-05 and 2005-06 years for hockey are tricky for this too because of the lockout year.
Though I do have these, I do want to point out the great Wamsley card with the fantastic overhead goalie shot. If I was to have an "odd" collection, would totally be overhead shots like this. Might be some in baseball too - home plate type overhead shots, but I can think of a number of hockey netminders photo'd in this manner.
Not too many new cards for me as I am about 3/4 done on the base set, but still some additions. 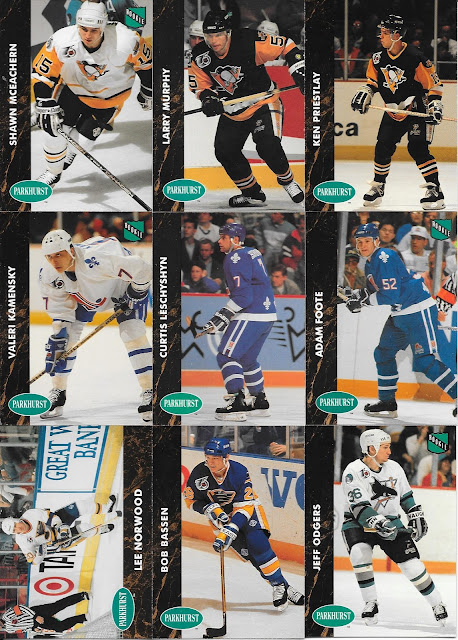 My guess is some of the rookies pulled in other lots, are showing up a bit more here...maybe the search through and "throwing back" of rookie cards that aren't as special. Not sure.
As for the traders, plenty of those, so here they are for those interested... 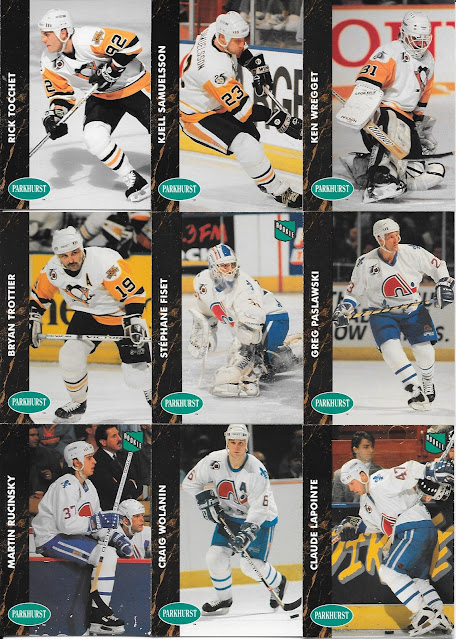 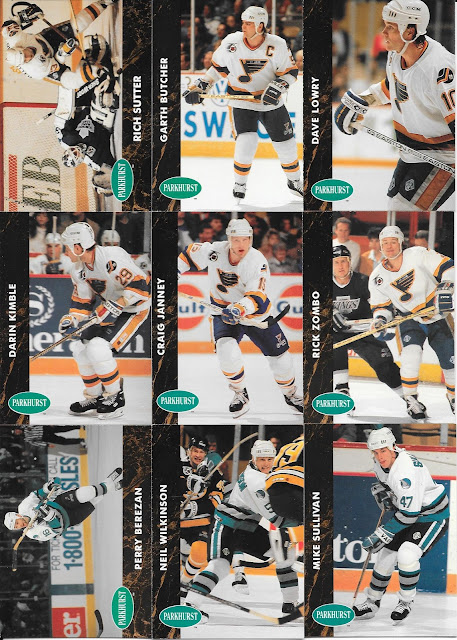 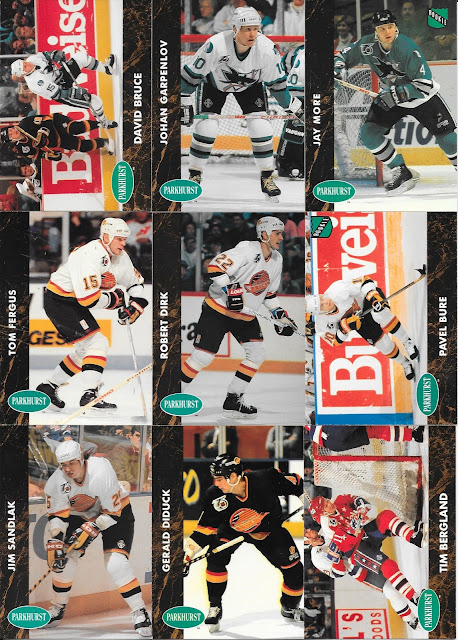 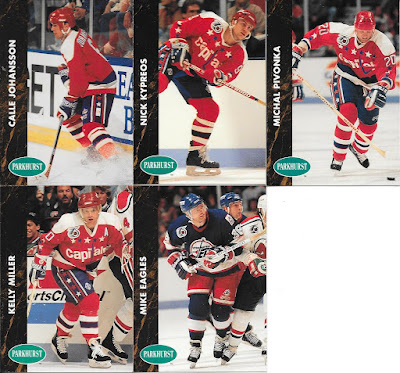 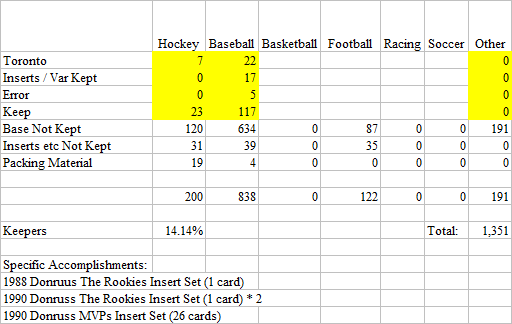 Another team baggie from Swing And A Pop Up today, and more 1982 Topps goodness. 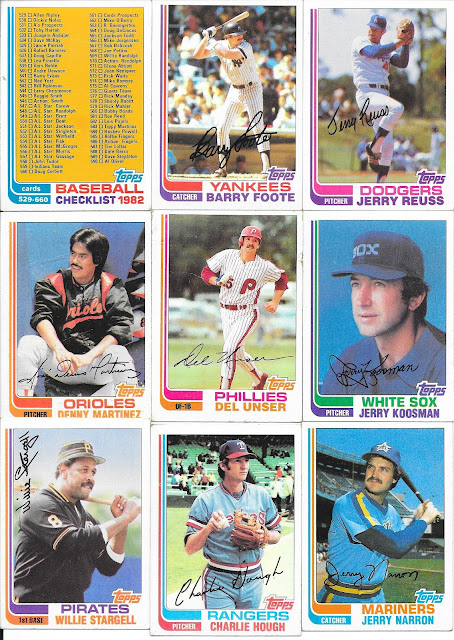 I really like checklists, and this one is clean as a sheet too which is nice and unexpected. We also get documentation of Dennis Martinez - I mean Denny - before the time I remember him, as an Expo. I was only two at this time, so forgive me for not having memories of the times, which is likely also why he looks so younf as I remember him more as the vet of course. 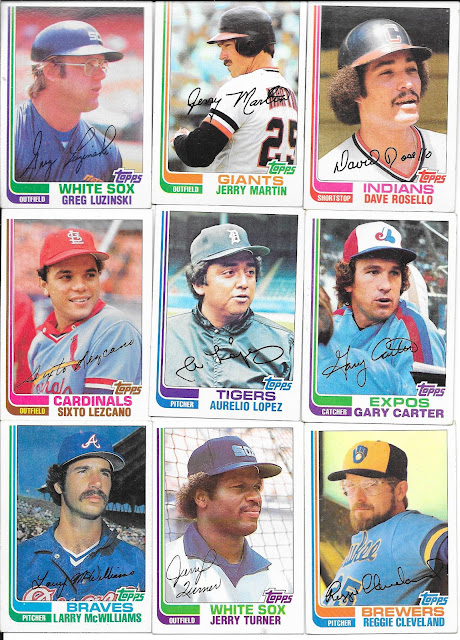 I swear, someone just surprised Gary Carter in the photo - probably just shouted boo, he turned around, and there's your card photo. 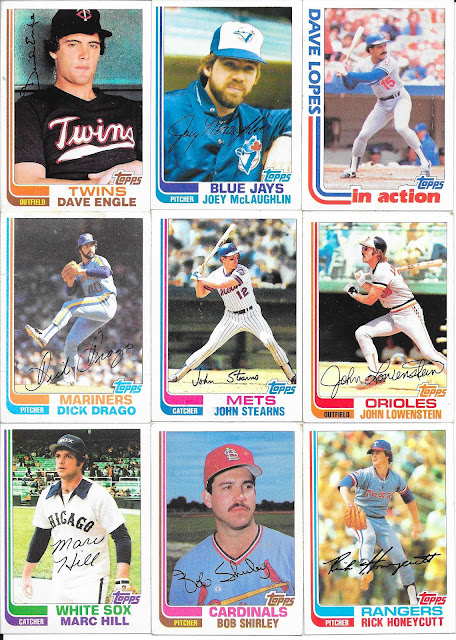 Definitely need some Jays dupes to have the set and the team set as well, so happy to take any of those too!
The in action cards were a nice little way to get players in with another base card. 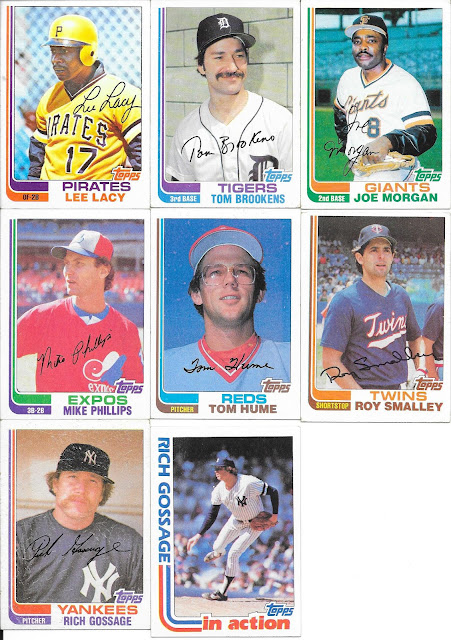 Gossage proves just that, as we get both his base cards here - sweet! Definitely another great step forward on this set - many thanks!
Posted by CrazieJoe at 8:00 AM