We get a few set adds for a set that first came to be something I was collecting from the last lot of cards I went through - 2001-02 Upper Deck Vintage.

The turn of the century was a low point in following sports for me - the highs of watching as a school aged and high school aged kid of the 90s, too busy with the start of university and the change of life, sports getting throw aside, there are some holdovers of the 90s I know well like Sullivan, but players that were rookies the year before or in 2001-02 took me until the mid 2000s to catch up a bit on. 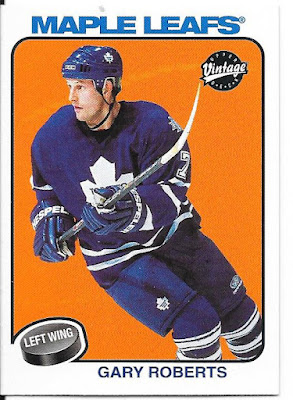 Gary was a 90s holdover - so was fine enough in knowing him! The above being the keepers, a majority are traders... 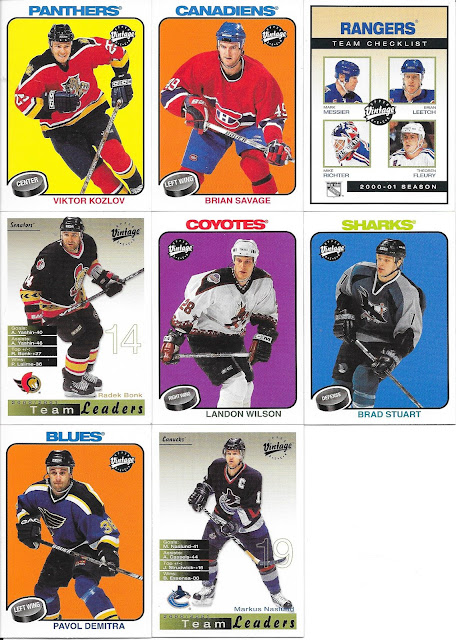 I think many people go through lulls of high interest and waning interest in following sports and in card collecting - when was your lull away from either, and how long did it last? 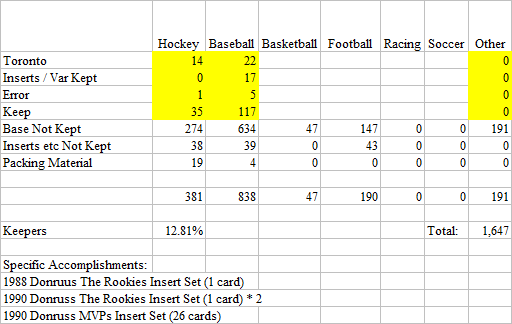 Let's keep working through the team baggies from Swing And A Pop-Up with some cards, a bit newer than those yesterday - here we are in around 2014-2016. 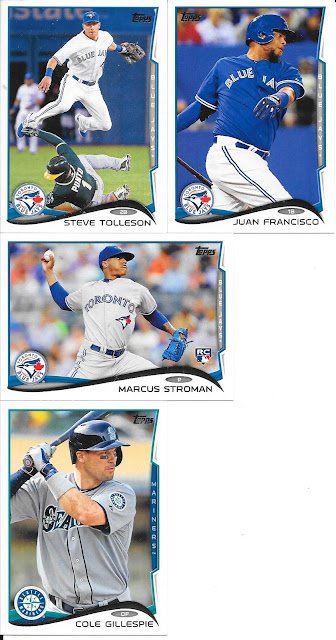 We start with the final base (not including crazy variation cards) for my 2014 Topps Update team set. Not a fan of cards which are "Toronto" cards where there is no front mention and the old non-Toronto team is noted like Cole here. The back notes "Toronto" as the team, but that's it. Looks out of place, but it is what it is and happy to have this team set completed. 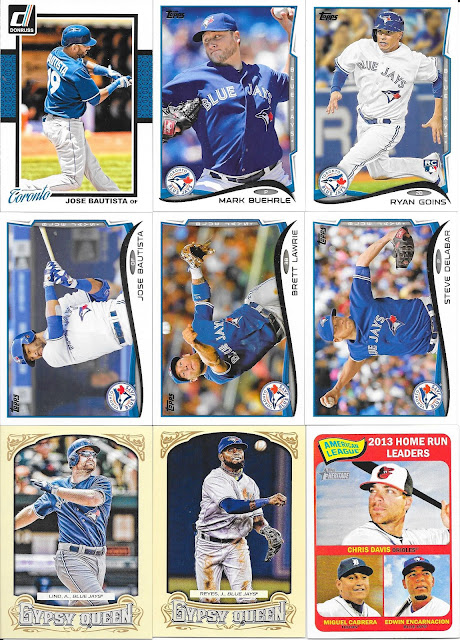 The time was ripe for Bautista and EE cards as well as Lawrie and Lind - all names of the team that had solid success, but didn't quite get "there" on the quest.
First couple Gypsy Queen cards for by Toronto collection circa 2014. 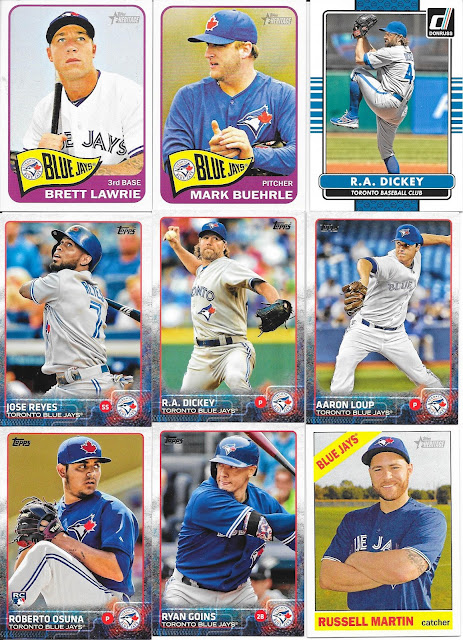 Looking at the few years before and after - I really don't like the 2015 Topps base set design. Before may have been too white, and after there was the some colour and the waves, but the mish-mash colouring of the blue and red here, just doesn't do it for me. 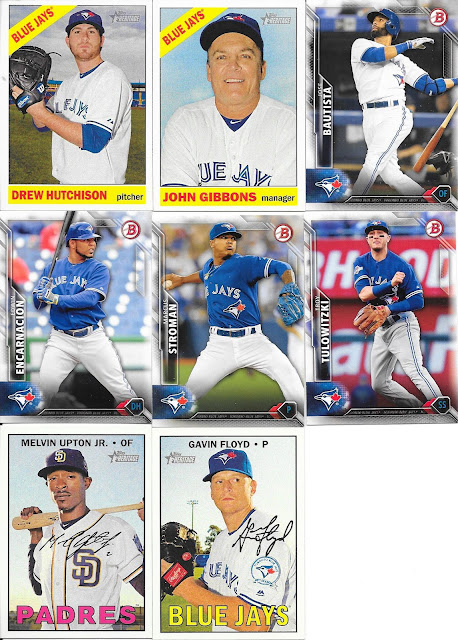 4/5 of the 2016 Bowman base set Jays here, which brings my total Jay count from the set to.....4. We also end with Upton Jr. feeling bad for Cole earlier and deciding to continue to non-Jays uni up my collection.
Posted by CrazieJoe at 8:00 AM