I know there will be more hockey. Actually, I expect it will likely be the "leader" among the sports from this lot, but here we are with the first cards, and it is a small, almost say a "pack" worth, of 1992-93 O Pee Chee, which is perfect as it's one of my "slowly building" sets. 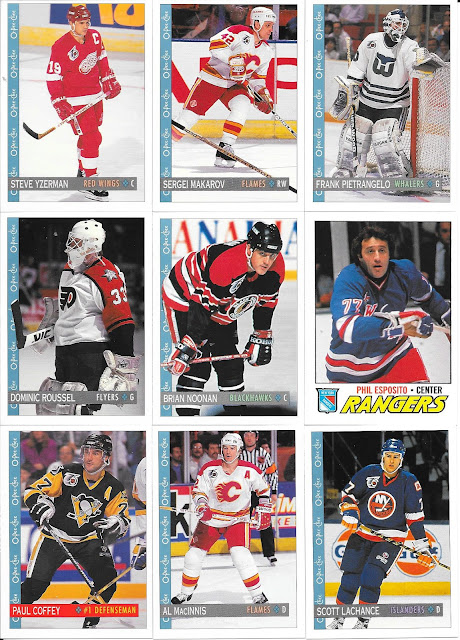 A page worth of cards that build to the base set. I am at about 170 of the near 400 cards needed for the set, so plenty to go. Really like the cards that smatter the base set which are "throwbacks" as it were, like Esposito here.
Glad to see Stevie Y too as I always wonder with these kinds of lots, how it will be for star power and whether they have all been stripped, or if it's more a dabbling that have been taken. First signs point to "dabbling". 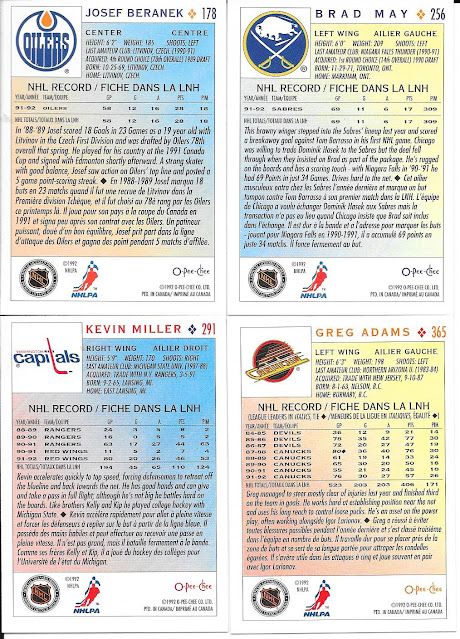 A few cards in dupe here for what I have, so a nice showing of the backs. Lots of write up and squeezed in stats, but overall alright. Maybe could have done a small photo instead of the big logo, and put the logo smaller, somewhere else, but that's just nitpicking. 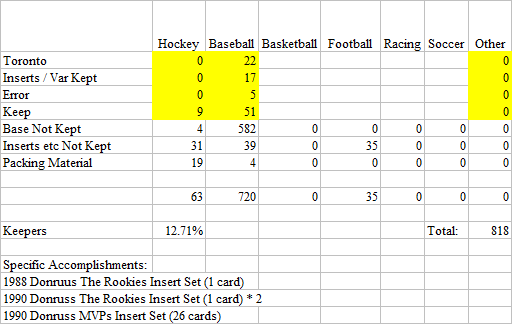 We close in on the end of the cards from Oren - well, one more post tomorrow, and we get a couple doozies here... 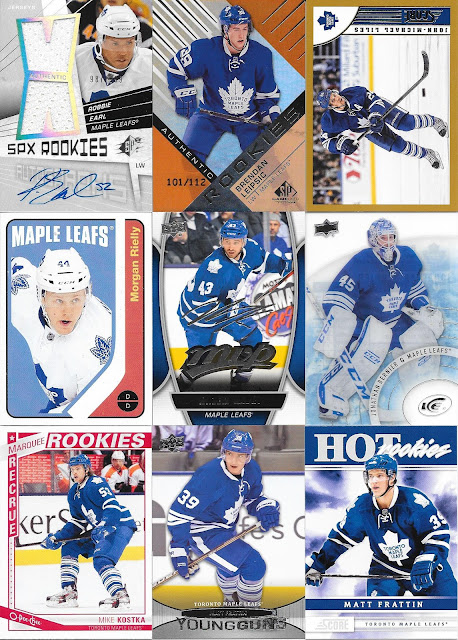 Robbie Earl covers all of the giggity boxes here - serial numbered, autograph AND jersey....wow. He player only 9 games with Toronto (and only another 40 or so in the NHL), but a very nice card. The Brendan rookie beside also serial numbered too, awesome.
Also highlighted with the Morgan O Pee Chee, and another Ice design from Upper Deck that I like a fair bit, and add in a row of rookies to boot! 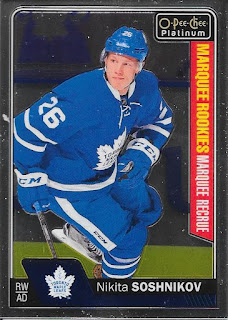 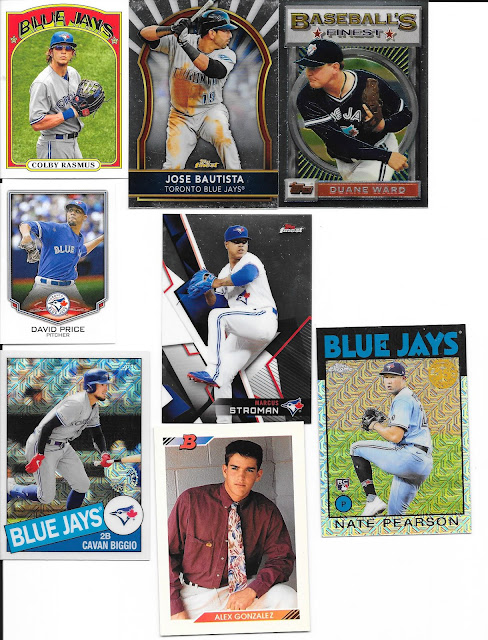 We end with a dabble of Jays, including a dirty Bautista and a nice Nate. Amazing. One more item for sharing tomorrow.
Posted by CrazieJoe at 8:00 AM