Adding To The Club 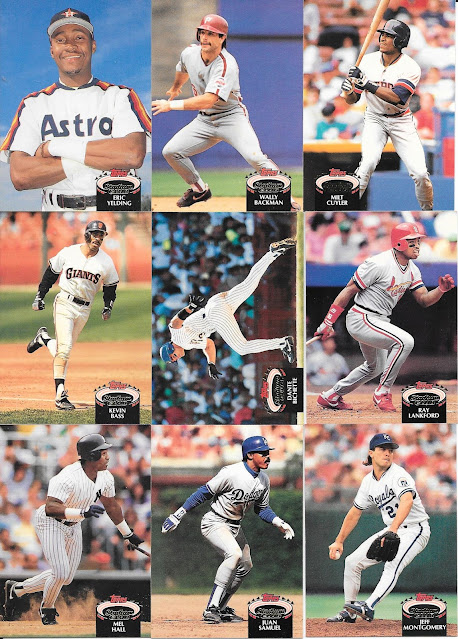 Even in the early years of Stadium Club, the photography stood out, and now these cards just "are" Stadium Club. 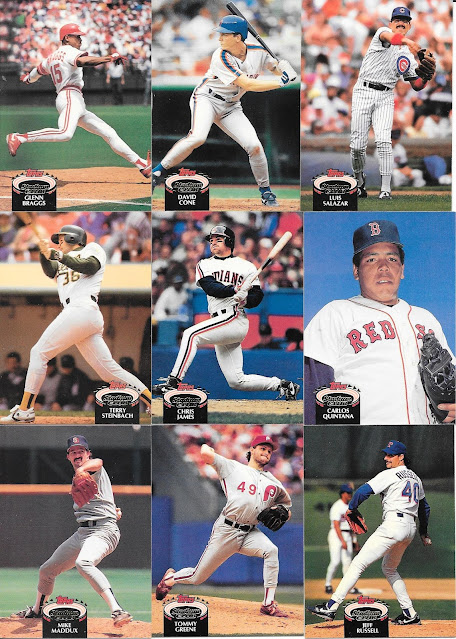 I didn't collect the set at the time, just wasn't really available. I guess the release, being in three parts was akin to having a series 1, series2, and update, so shouldn't be too surprised at the releasing in three pieces, but I think it was unusual at the time. 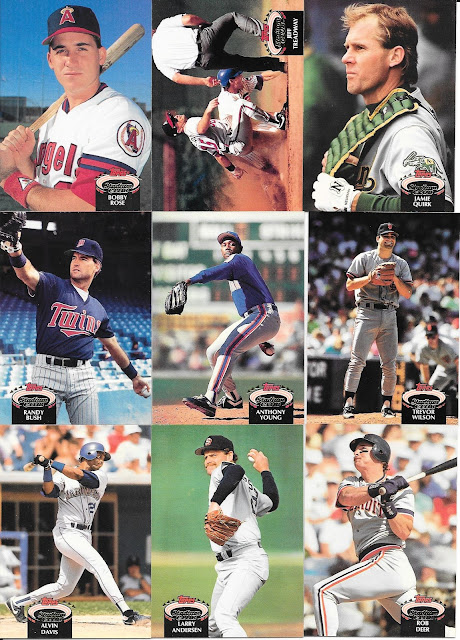 Though I am just showing all the keepers today, many had dupes so I also have traders if anyone is interest. I do keep my TCDB traders right up to date, so just check them out. 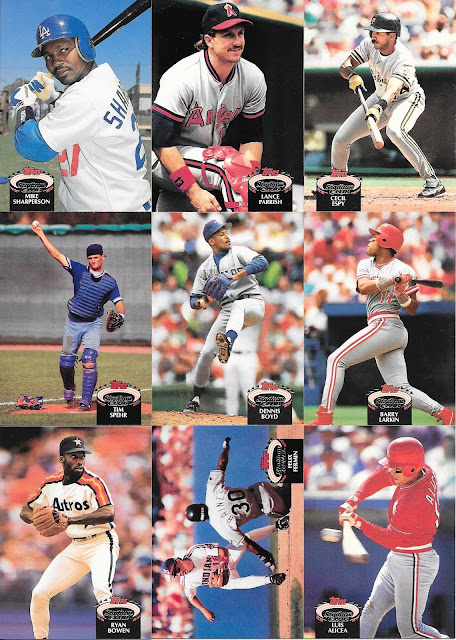 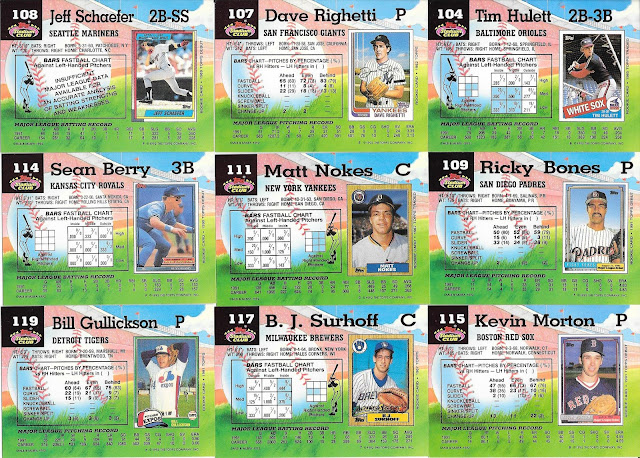 It was a really interesting way to get a second photo on the back by using a Topps rookie card. I mean, give a visual of a rookie card so someone who doesn't have it, may be attracted to collecting earlier cards. Why not?
Glad the charts didn't become a staple of card backs though. 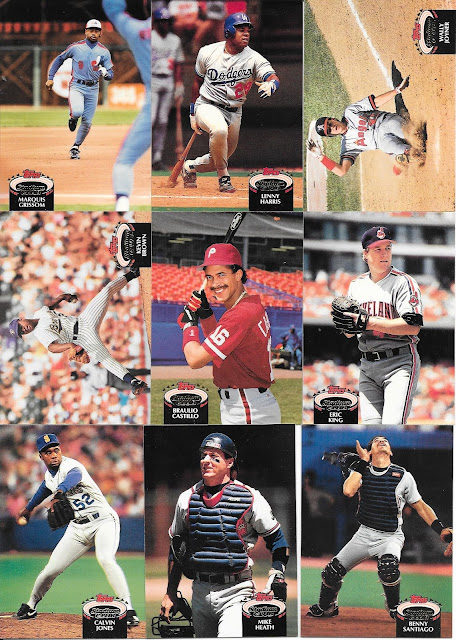 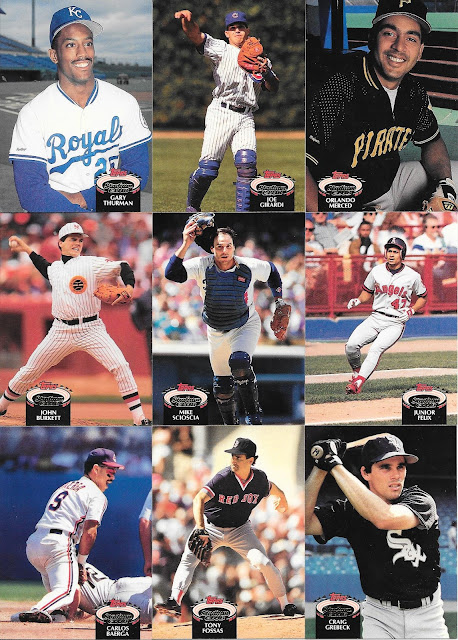 No Jays in the bunch, but not going to complain given the success in the set build here - very successful card day. 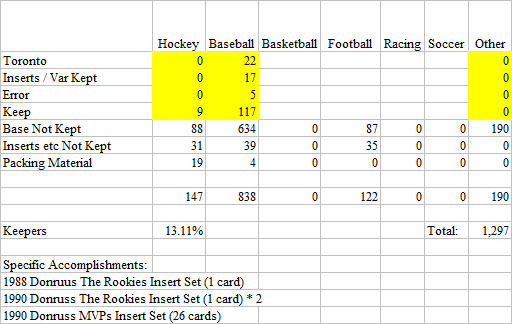