Today's cards from the COVID lot are a few different hockey cards, where I ask the question - do checklists have to be unchecked to be collectible? 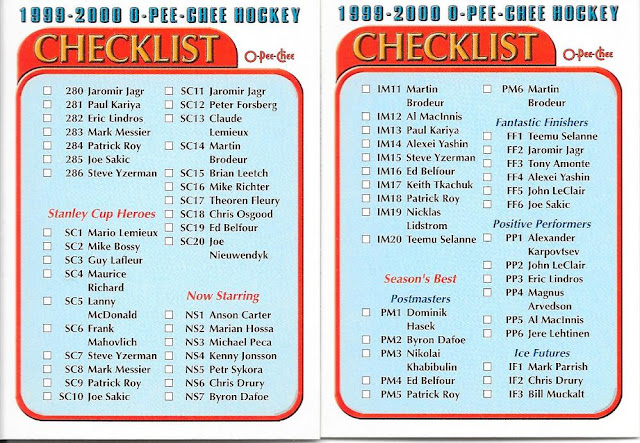 As a kid, darn right I checked those suckers off. I mean, we didn't have the internet to tell us a checklist, you had to get those cards to know what you had and what was missing. As a kid, it's expected to use them in this way.
Now as an adult, I really want my checklists perfectly unmarked, no matter the set or age. To be fair, the older the card, the more accepting I could be for it being marked up. I wouldn't argue over it on anything before the mid-1980s if I was to pick a timeframe. It would be a bonus going back that far if it was clean, or minimally marked up.
These two inserted checklists are ones I didn't have, and almost give me the set of 6 checklist cards for 1999-200 O Pee Chee hockey. 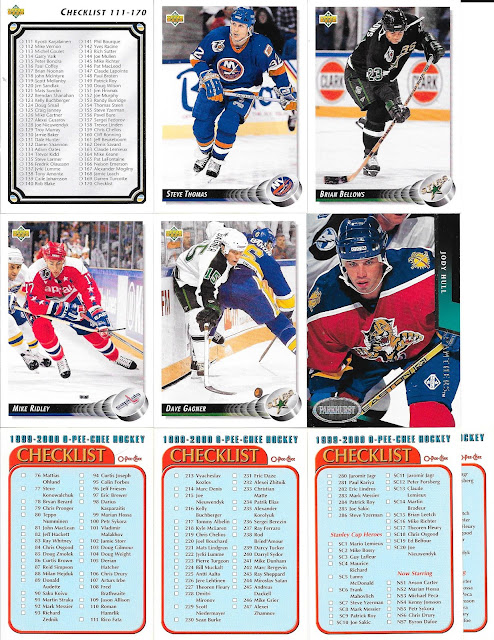 As you can see, there were more of the checklists, I just happen to have already had those in my collection. 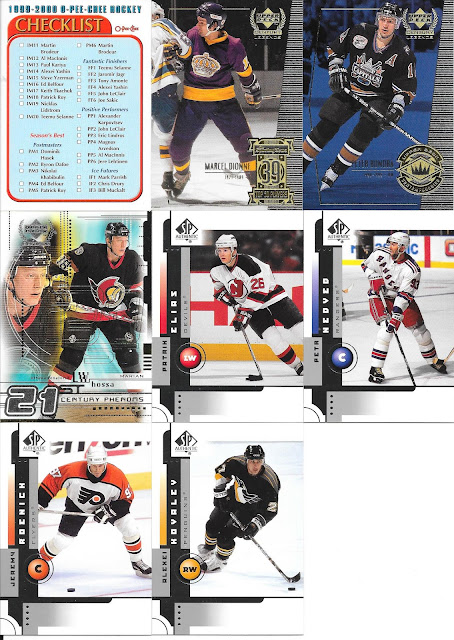 Wow - a couple new to me sets, well new to me having them in my hands. I am a sucker for the retro content, so even though the design on the Century Legends cards is a bit too flashy, the content is nice. Will have to see if we see more of these as I may have to consider collecting it. 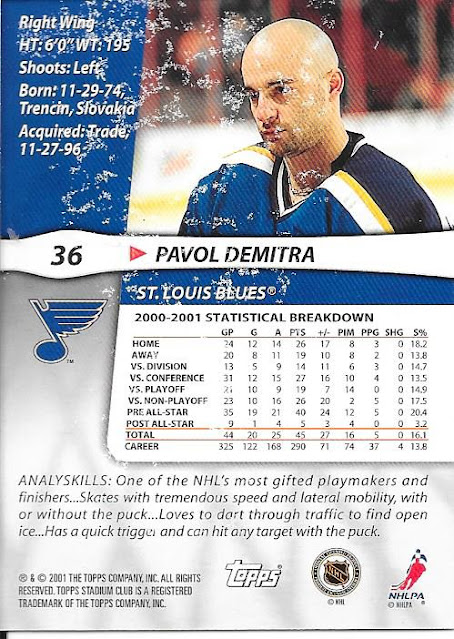 Well, not totally unexpected to get the odd card that ends up a little too stuck to its surroundings, and thus becomes packaging material. Still useful though! 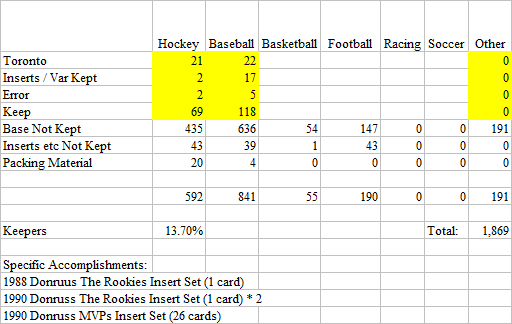