I've talked about not being a player collector, but still of course having players who are personal favourites, and today we get to look at one of them. I don't know exactly what first drew me to his play, but once I saw Ryne play, was a fan since then. 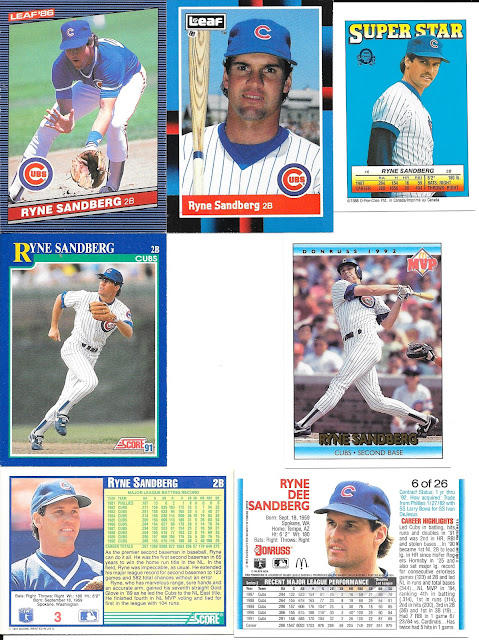 Being with the Cubs, I didn't have to worry about him playing against my beloved Jays, so I could enjoy him hitting and fielding like a star in Chicago again the NL competition. His speed is forgotten sometimes as he could steal bases as well as hit for good power as a second baseman.
As for the cards, nice to get a couple of the 1992 McDonalds cards - that was a nice little set for McDs. 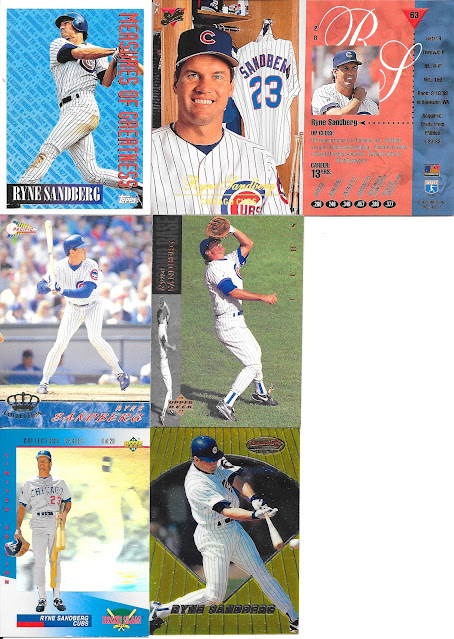 Speaking of food related cards, the Denny's hologram will be a keeper for me, as is the Studio card - well, one of the three - as I need it for that set build.

Definitely a great second baseman, and one of my favourites at the position - and a nice bunch of cards in one sharing today...even if I may only keep a couple. 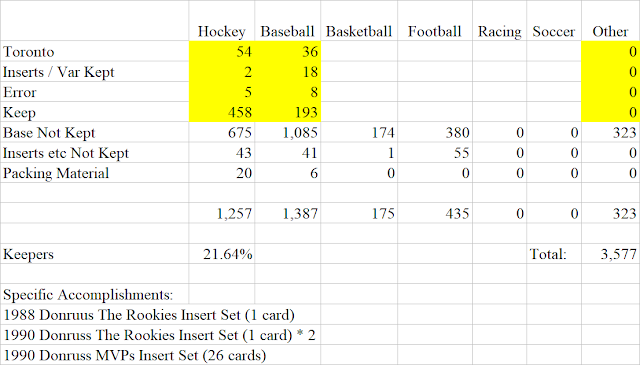