As we pull some cards from the COVID lot today, just so happened we hit into cards of a few players, but not too many cards of each. Let's take a look at the 4 which, maybe were pulled aside for someone else's player collection. 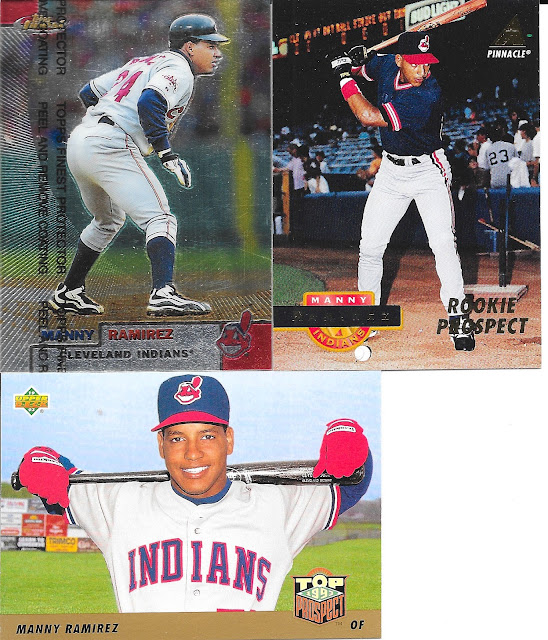 First up, Manny Ramirez who, as we speak is about half way through his HOF eligibility, and unless he really gets a bump up, don't think he will be making the hall as he is pulling about 30%. That said, he was a fun player and enjoyed the game from many of the highlights you see of him. 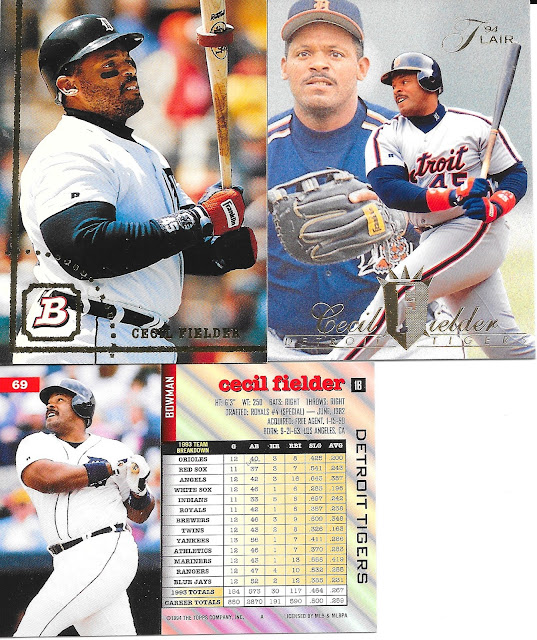 Speaking of fun - Cecil was another one that, in this case, was fun to watch. If you liked watching homeruns, the man could hit them. Before the Bonds, Sosa, McGwire days, it was Fielder, Canseco...and McGwire. It was interesting seeing the power come out in 1990 after 1988 dabblings with the Jays, though, looking at 1989 when he spent a year in Japan hitting just over .300 and getting 38 homeruns, that's where the gap really fills in nicely. 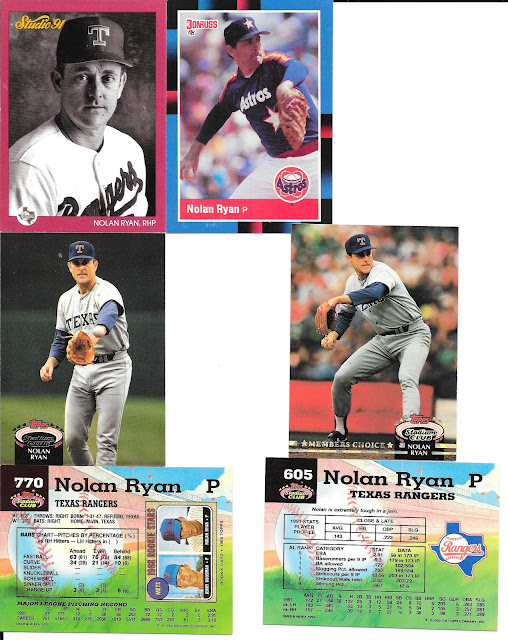 Can't go wrong with Hall of Famer Nolan Ryan. Nothing spectacular in the cards, but seeing card for him, who knows how many others we will come across. I do need that Studio card and the Stadium Club ones, so thumbs up to those. 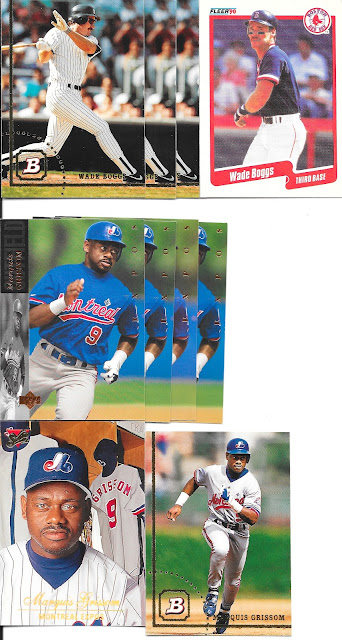 Stars are great to get to fill set holes if nothing else - 1990 Fleer Wade Boggs, and Grissom Studio for 1994. No need to keep all of the cards today as they just helped with a few set holes, but the Expo cards will be put aside for a better home, otherwise, feel free to check on my traders on TCDB. 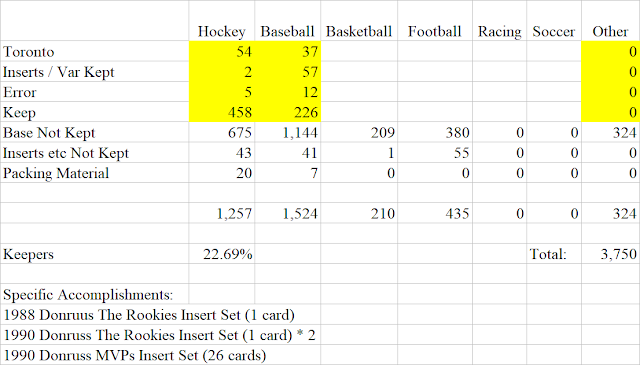 We end today with a nice surprise package in the way of a pay it forward (PIF) from TCDB member ranfordfan who is out in Saskatchewan. He was nice enough to send across most of the base missing 2020-21 Allure set Leafs and an insert Leaf from it too! 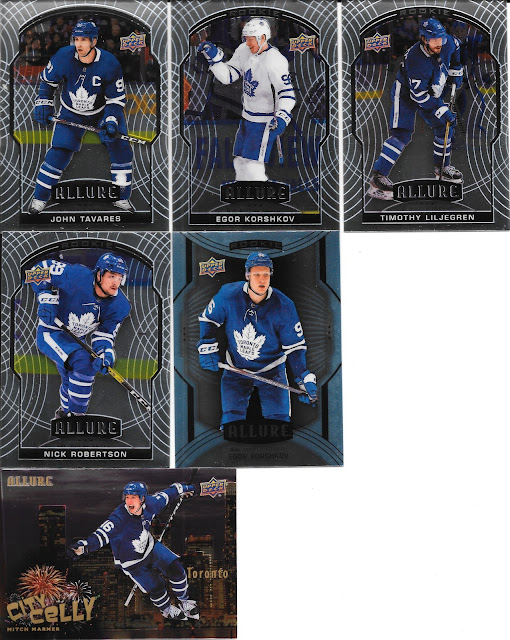 A very nice bunch of cards that I wasn't expecting, and do like the shiny! Not sure I really like the lingo of "City Celly" instead of Celebration, but I guess that would be too long to fit onto the card.
Posted by CrazieJoe at 8:00 AM