No Contending With It

I just can't. I mean, some sets, I come across and get a good start in these purchased card lots, so I think, heck, here 50% of a set or so, let's go for it.

Panini Playoff Contenders - you will never be such a set.

I could be handed 90% of the set, and I still wouldn't want to finish it. I know there's many who are not fans on Panini in general, and I will say I generally feel that way, though I will allow for a few exceptions. 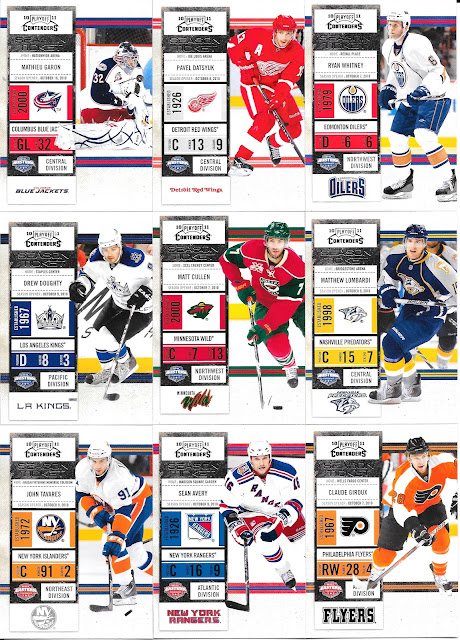 See - there's like a ticket design on the side - isn't it cool? Especially how it takes up half the front? Yeah - not for me. I will say, I do appreciate that the "seat" is useful information - position, player number and seasons for the player. I can appreciate that. The colour scheme, okay, I can say that works alright as well.
However, a number of back non-nos... 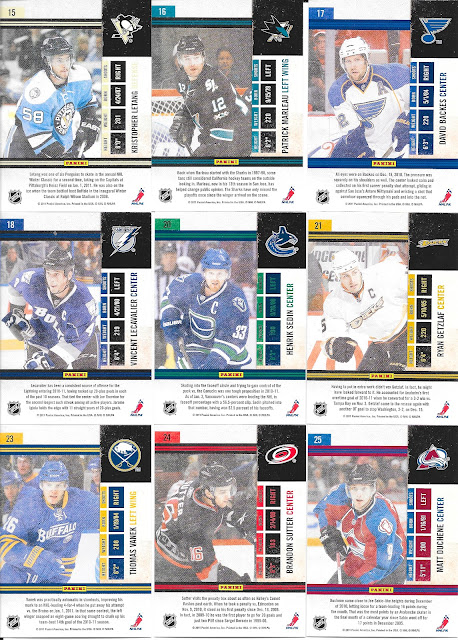 The picture on the back....same as the front, just zoomed in a bit. No thank you.
Also, look at those stats! Wait...where are the stats? I mean, they are kind of important. This isn't Studio baseball sets with really neat and off the wall write ups, so....stats please? No? *sigh*. 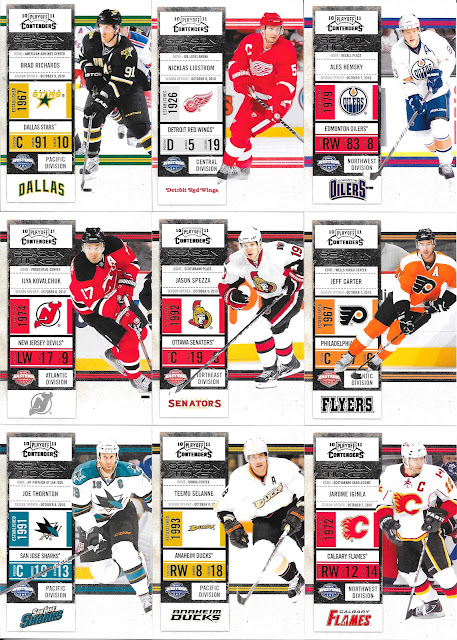 I'd say these cards are a hard pass, but it's not that hard. Heck, no Leafs to begrudgingly keep either! 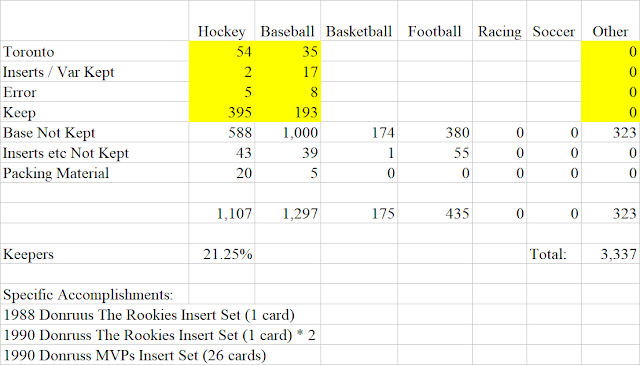