Yes - today we get some high series cards from 19981-92 Upper Deck basketball. In the release, the set was 400 cards as a first release, and then the high numbered series provided another 100 cards which of course included trade and all star related cards. 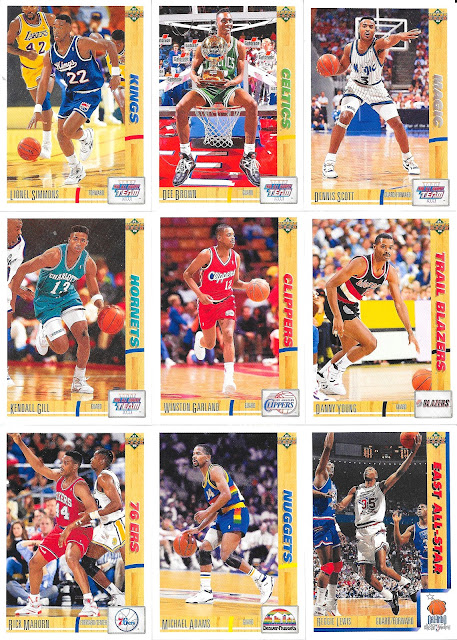 The design is a classic one that I really like with the hardcourt border. Really like the Dee Brown card - I mean, sitting on a net, trophy in hand - pretty unique and sweet card. 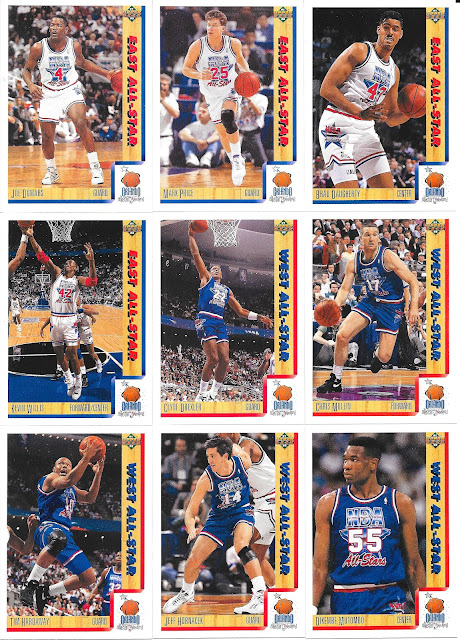 Are we missing a few All Star cards? Absolutely! We still have most of them here, and some solid ones too like Clyde. 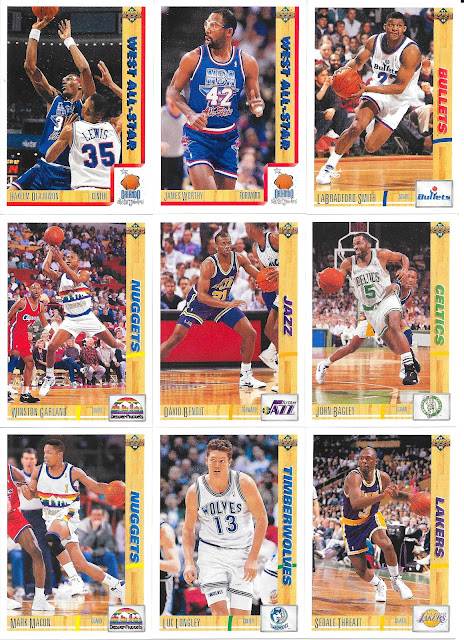 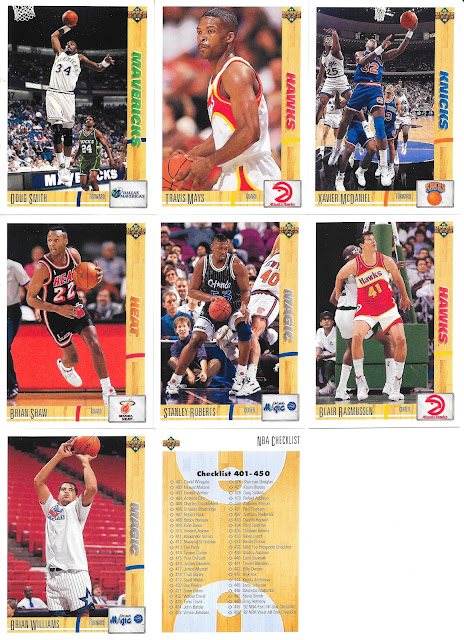 I have never been a fan of the update/high numbered series. I rather it be a completely different set because then I don't feel I need to collect all of it, but I know that's exactly why they number and sell them as such to this day. If I have a complete series 1, it still isn't really complete if series 2 and the update series continue the numerical set, so instead of collecting say 300 cards I need 300, plus another 300, plus another 100, for example.

Do you collect "part" of a set, and are you OK with it. For example, just a high numbered series and not the rest of the base, or series 1 and not series 2? 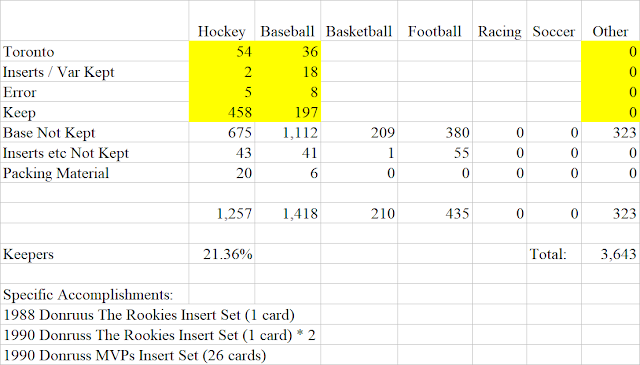 Since we are talking about "high", I picked up two packs from the most recent Magic release to keep up my unopened pack collection. On one hand, these were expensive because Double Masters is a special set to begin with... 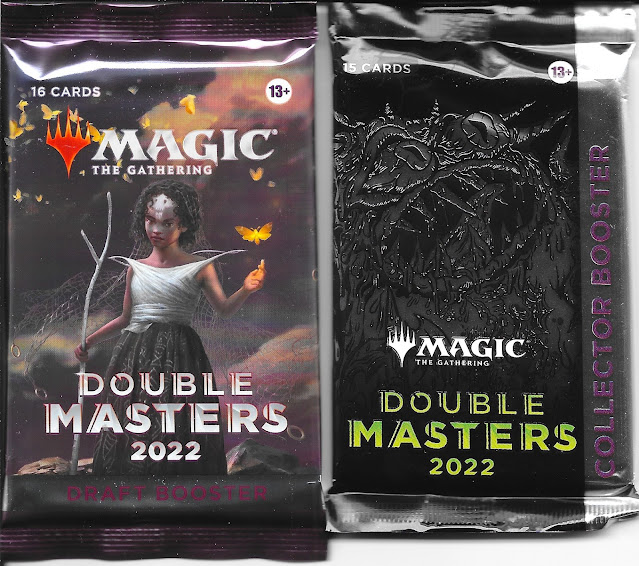 So, I pre ordered them for $15 and $84 CDN respectively - yes - for each pack of cards. The good news I guess is that, when they were actually released, the price has already gone up to $19 and $94 each....so I saved money, right?
Just don't tell my wife I spent money in order to save money, that's an argument she always tries to pull on me!
Posted by CrazieJoe at 8:00 AM