Happy 4th of July to our neighbours to the south. Always nice when there's a long weekend out of it. Sometimes, when going through card lots and coming upon special days like today, the card gods are able to kindly provide some kind of link between the cards and the holiday. In this case....I can't see any whatsoever.

That's okay though, we still have cards to share, so be happy! 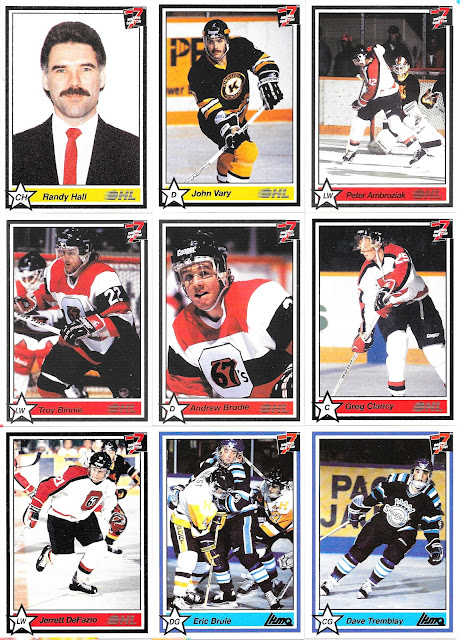 I take it back - don't be happy....save yourself! 7th Inning Sketch - how I haven't missed you. We also get the added pleasure of not only the OHL, and QMJHL as well - almost like a 2 for one deal where they force the second upon you, whether you want it or not. 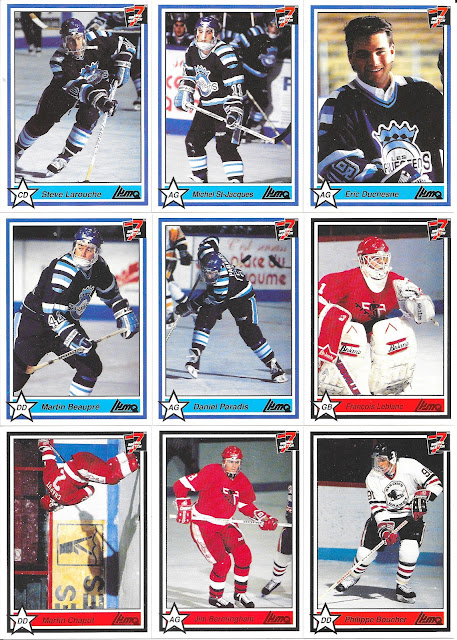 I kid - kind of. It isn't a set I have ever cared about, but I know some people do, so, there's at least the "trade fodder" argument for these cards being of some use getting. 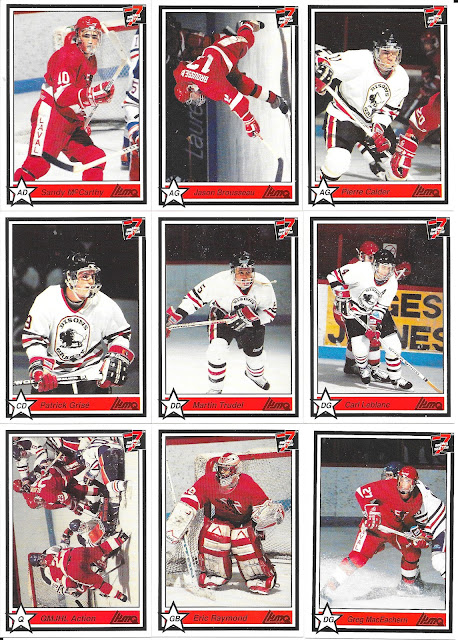 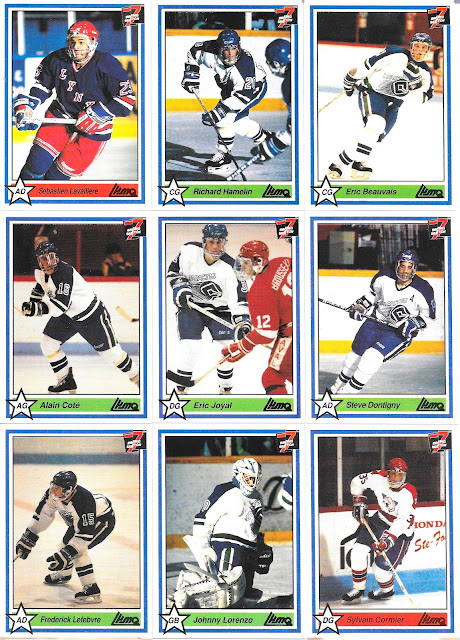 I guess I should try and say something positive like, I don't recall ever seeing that shade of green used on cards in the early 90s (though with good reason....) 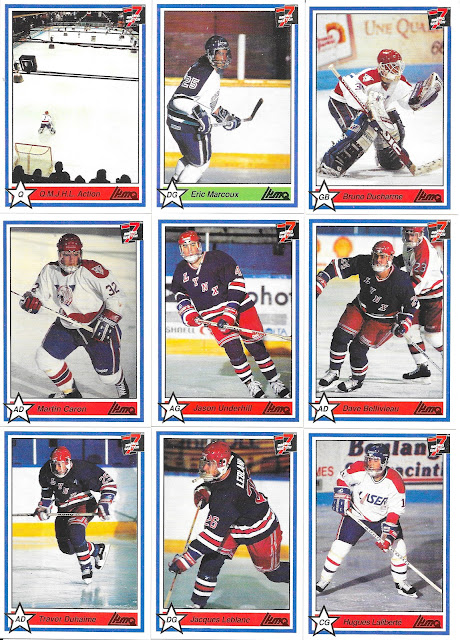 Oh - and that QMJHL over-rink photo is unique (I mean, you could have taken a shot of a pick up game and put it on, and it's so far away you probably couldn't tell the difference).
It is what it is - and hopefully these cards will enter trade packages at some point and invade....I mean....make their way in a welcomes fashion, into someone else's home. 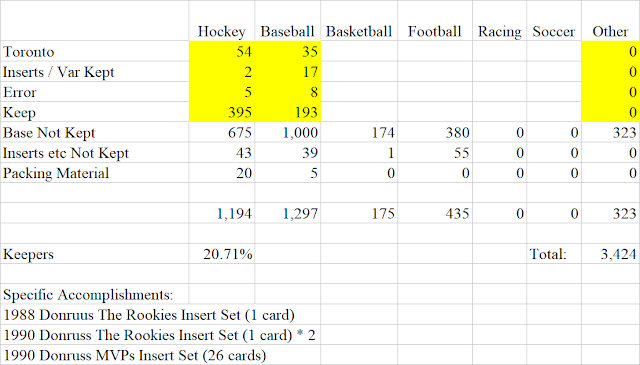