Heroes In A Half Shell

We get some more late 80s / early 90s nostalgia with some Teenage Mutant Ninja Turtles from O Pee Chee. 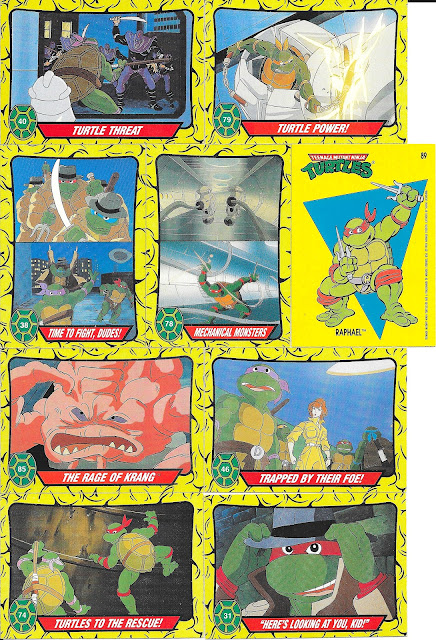 I loved the cartoon and remember watching it many Saturday mornings. The movie was good, the video game was a bit frustrating (the first one), but the TV show was awesome. The cards above are in great condition - and honestly, went out in a trade as soon as I posted them on TCDB, so don't even have most of them anymore. Unfortunately, some of the cards for whatever reason were written on as you can see the backs below - so those will just be packing material instead... 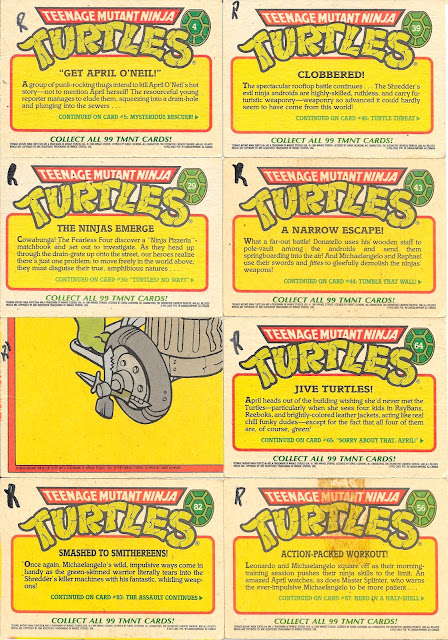 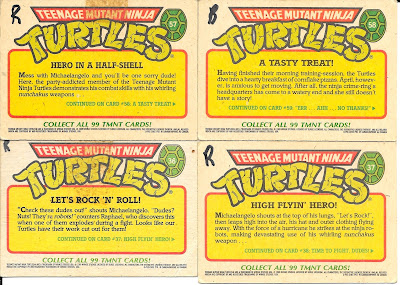 Yeah, some tape damage too. The backs are nice though when considering TV show backs, the colours in all, are very reflective of the turtles and the show.

I still love the fact that Uncle Phil (James Avery) did the voice of Shredder for the cartoon - at least early on. 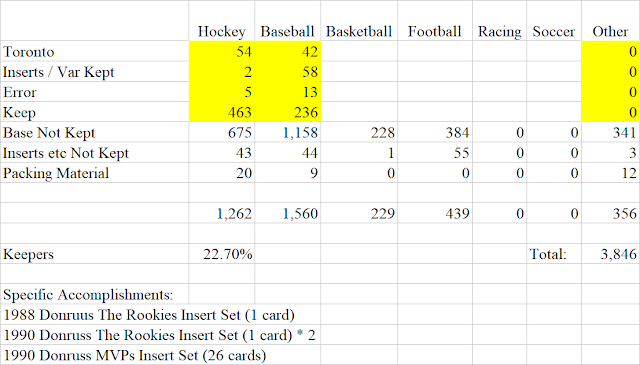