If we were to look through some 1993 Upper Deck baseball cards, no surprise you would see this man on two cards... 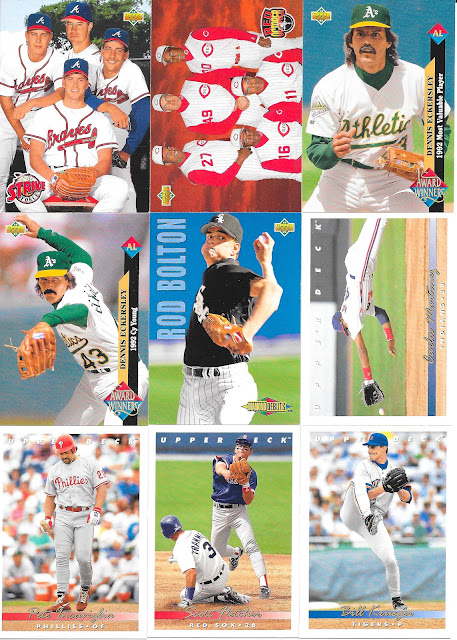 Dennis Eckersley was THE dominant closer of the early 90s, at least in my opinion. He actually had quite an interesting career which was essentially two - one as a starting pitcher, and then transitioned to a closer. No wonder, given the long span of his career at 24 seasons, that he made it into the Hall of Fame. Wonder if he would have been number one in saves if he was a closer his entire career.
His mystique as a closer, his look, and the fierce nature of his competitiveness made it all that much sweeter when Roberto Alomar hit the final blow with a homerun off Eckersley in the Jays comeback against the As in game 4 of the 1992 ALCS. It had been 6-1 Oakland going into the 8th and that homerun tied it at 6 before the Jays would go on to win. 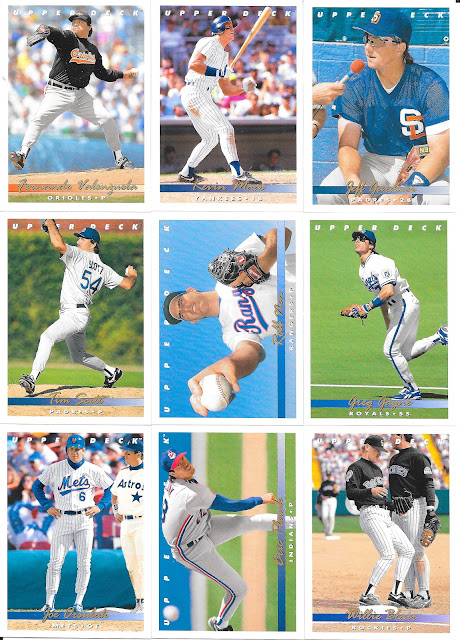 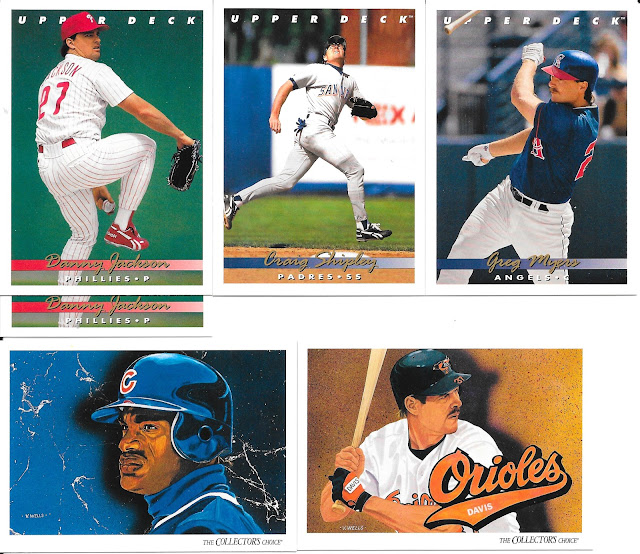 All in, just two cards in the bunch that weren't set additions for me, and the Collectors choice cards, as a subset, continued to be well done in 1993. 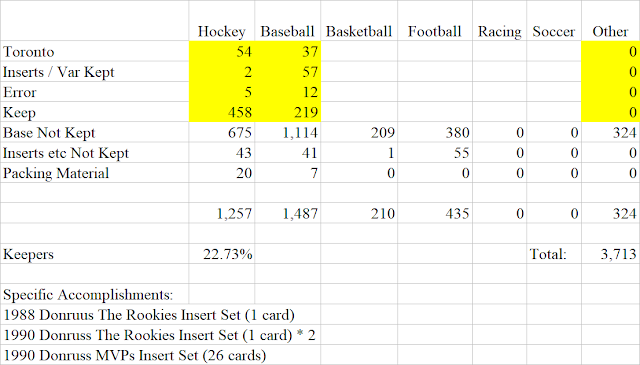 We get to end today with a PWE trade on TCDB with TDorsay. I have had a number of trades with Trevor, and he was looking for some non-sports cards, and was nice enough to send across the following... 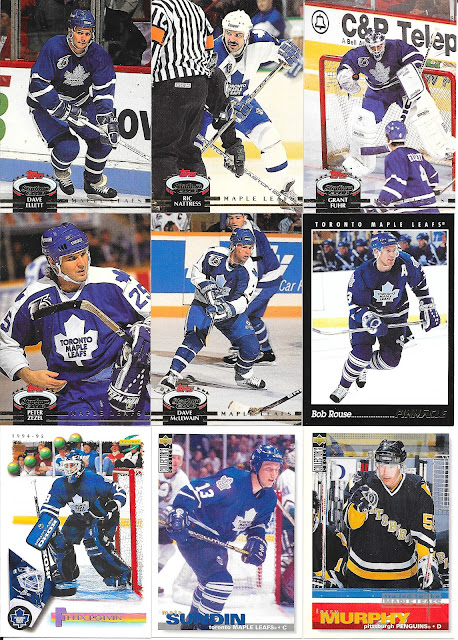 A nice bunch of early 90s Leaf cards that I was in need of. Didn't finish any team sets with these, but got a few a lot closer. 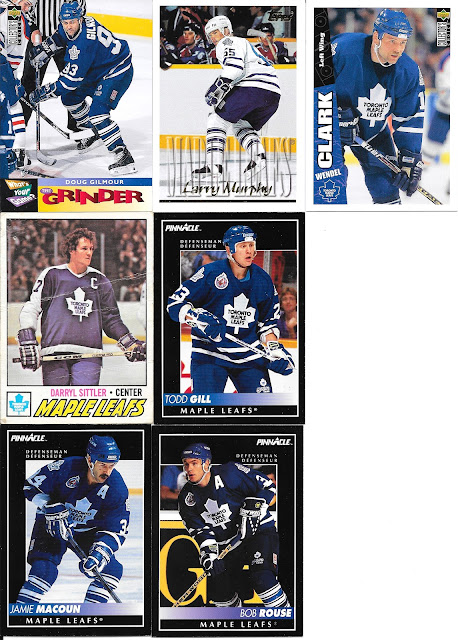 Trevor was nice even through in a few extra cards including the Sittler. It's a bit beat up, but that's fine for me. Anything pre-1980, I wouldn't worry about condition too much and wouldn't likely bother replacing. Anything after about 1980, I'll still keep, but may look for better quality cards for my team sets.
Appreciate the trade as always Trevor!
Posted by CrazieJoe at 8:00 AM