Sure, this is one I have 5-6 complete sets of already, but I am more than happy to collect added copies of the cards alone, let alone another set. 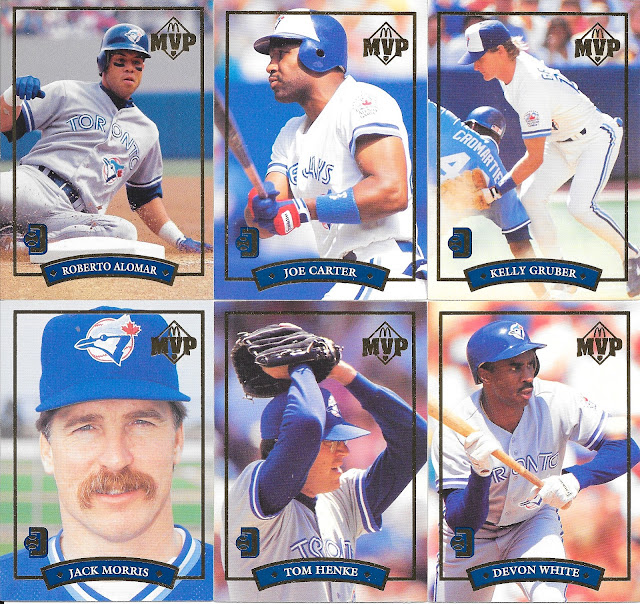 These are the 1992 Donruss McDonalds MVP insert Blue Jays Gold set. 6 of the key cogs from the World Series champs is absolutely a great little set - which is why I have a handful of them already.
A solid design for a McDonald's card, and a small enough set that you could get them back in the day from pack pulls, but even more, able to get them now fairly easily too.
Roberto has obviously lost a lot of his luster with more recent (well, since his Hall of Fame induction) allegations/behaviour, but Joe Carter remains a Toronto great, and Jack Morris may always be more of a Detrot Tiger given his long tenure there, but did well enough and played a pivotal role in 1992 for the Jays, that I still think of him more as a Jay. 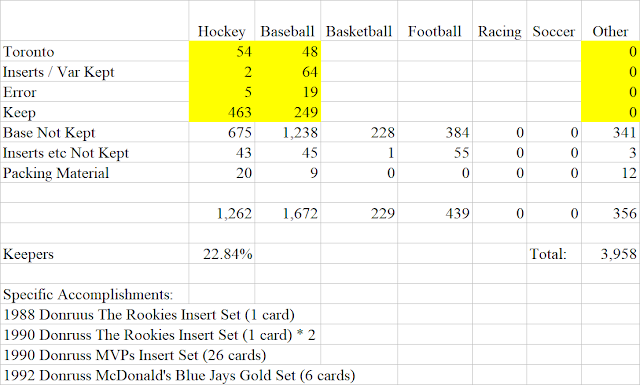