Interesting that the Jays decided over the All-Star break that they wanted to be a football team with their run output last night against the Red Sox. I doubt it's going to last, but great to see them have a fun game where everything went their way. Today's cards have nothing to do with blowouts, but they are baseball at least.

I like the Donruss puzzles of the late 80s and early 90s. One I don't have complete is the 1992 Rod Carew puzzle. 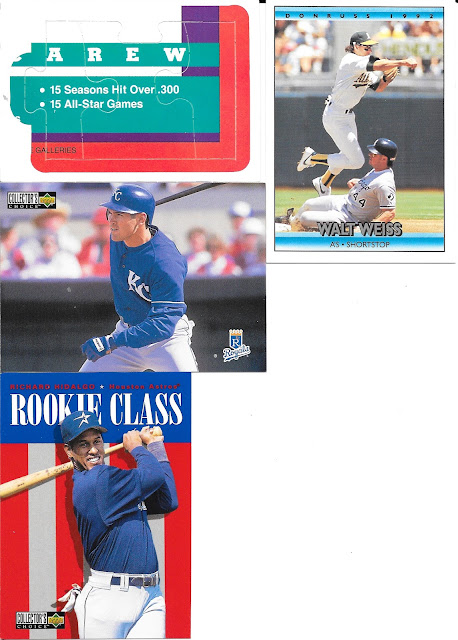 Unfortunately I do have this puzzle piece, so no help there, or on the Walt card either. I am also slow collecting the 1996 Collector's Choice set which makes up the rest of today's cards, so some success with those. 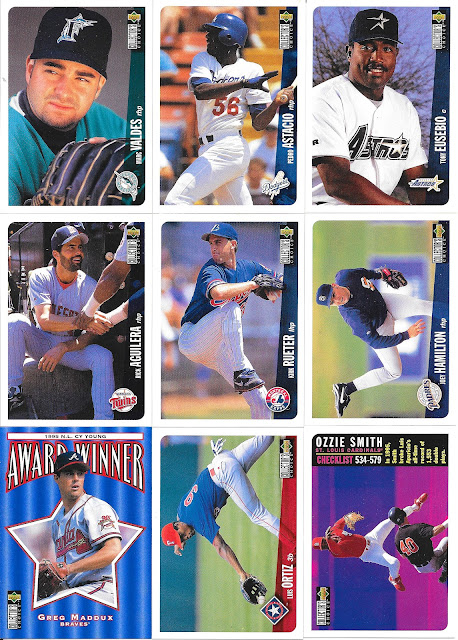 Six keepers in that set, which is good, and I really like the Ozzie Checklist card. The background and colour combo may leave something to be desired, but a picture of Ozzie jumping to turn a double play is so classic for the man, that it does very well for the card.

You also get the award subset appearance of Maddux which is pretty nice as well. I have to say, so far I am liking the split on the cards in this lot as the majority have been baseball and hockey, which are the ones I collect. If I can keep around 20% keepers overall, that would be more than enough to keep me happy!