Why not? I mean, we had a set of SP Authentic yesterday in the hockey realm, why not an SP set in baseball today?

I will start off by saying, I am not, at this point, going to collect this one, so up for grabs if anyone is interested. Part of the reason being, it's a 200 card base set, and less here than there was of the SP Authentic set yesterday. 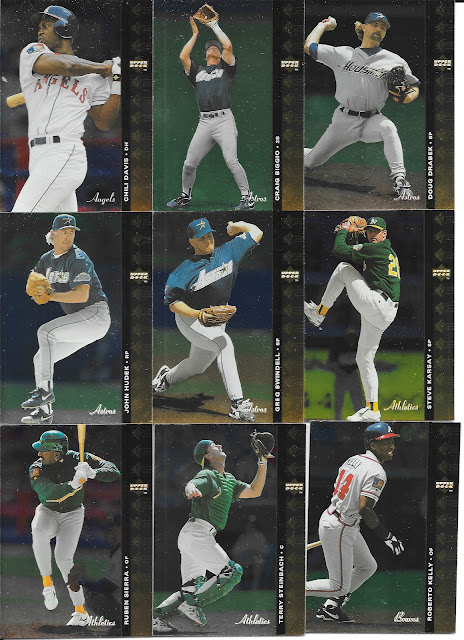 Another reason is, I am a bit picky on look of these chrome/foil fronts as I just don't enjoy them typically, as much as "normal" cards, so it takes more to draw me to collecting them. They scan dark, they are dark in hand, and with my eye sight, it doesn't help and seems to lose a lot of the detail. I get it is supposed to make the player "pop", but doesn't usually work for me (though there are exceptions). 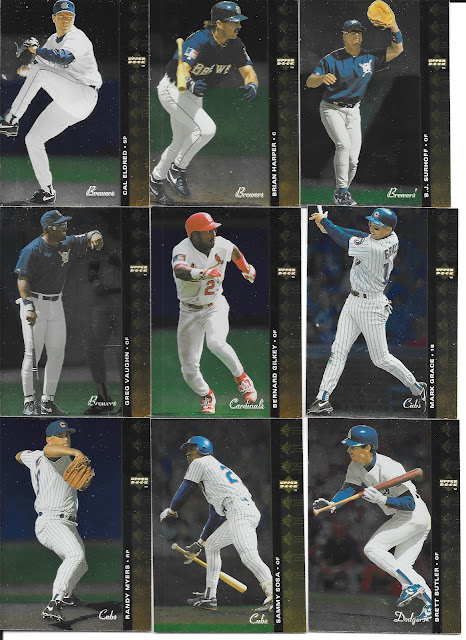 Though I don't like the vertical name placement, it's at least very clear and can be read easily. Alternatively, not a fan of the team name presentation - just give me a team logo and I'll be happy. 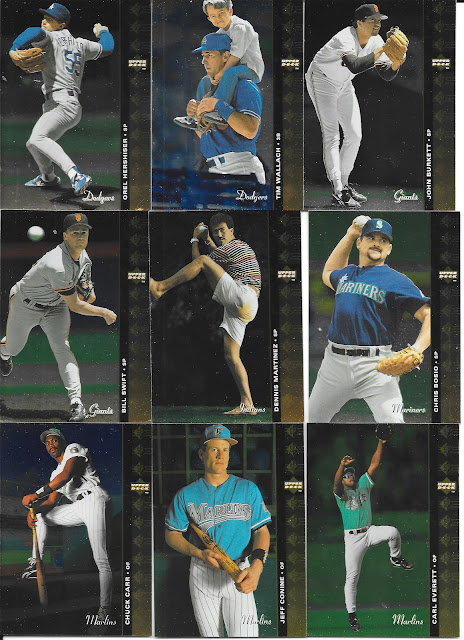 I don't know which photo I like more for the quirkiness - Tim Wallach for child on head, or Dennis Martinez for colourful shirt and shorts. 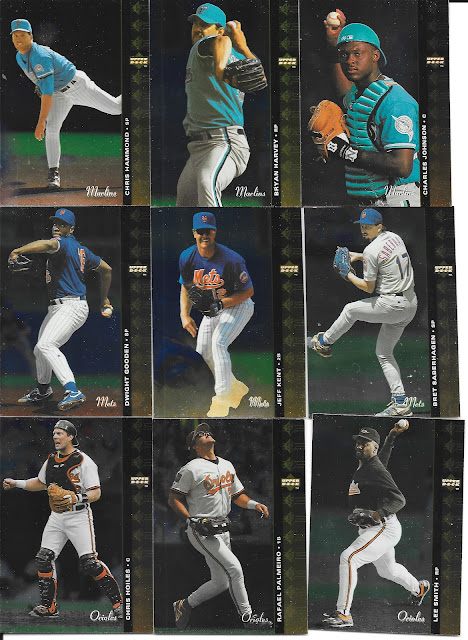 Definitely the time when the Florida Marlins, being the new kid on the block, seemed to be overrepresented in ever pack and set. 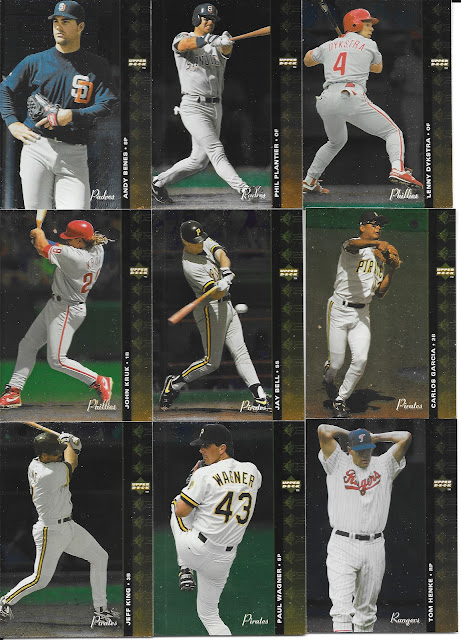 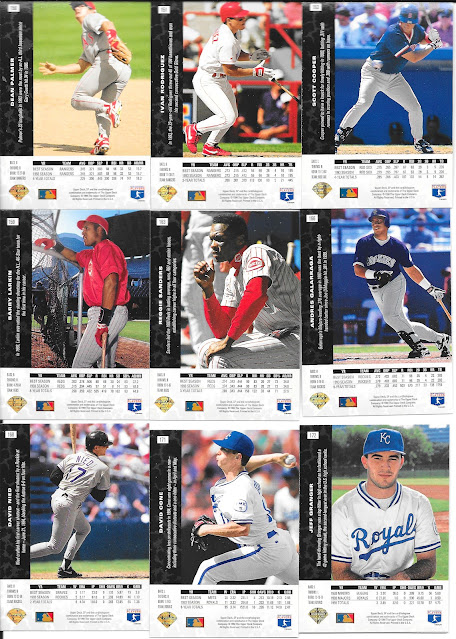 Never a fan of having to flip a card sideways to read part of it, and I'd rather a smaller photo and bigger on the stats, but at least the photo selection for the back is pretty good. 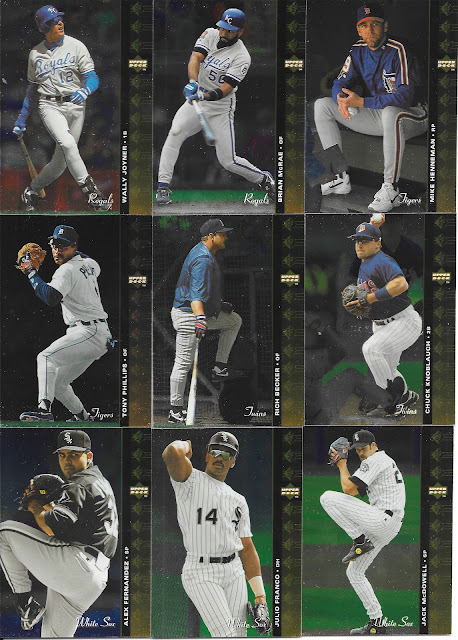 Unfortunately no Jays in this run, but still, a set I haven't seen much of and provides something more for trade fodder, so all good there. 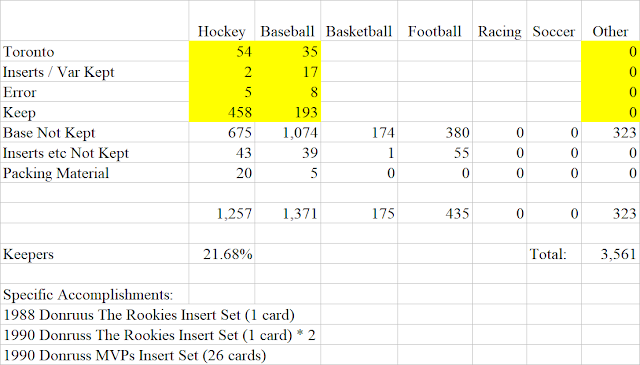