Well, no surprise that if you have a player collection for baseball and you are talking catcher from 1990 on, it would be Mike Piazza. 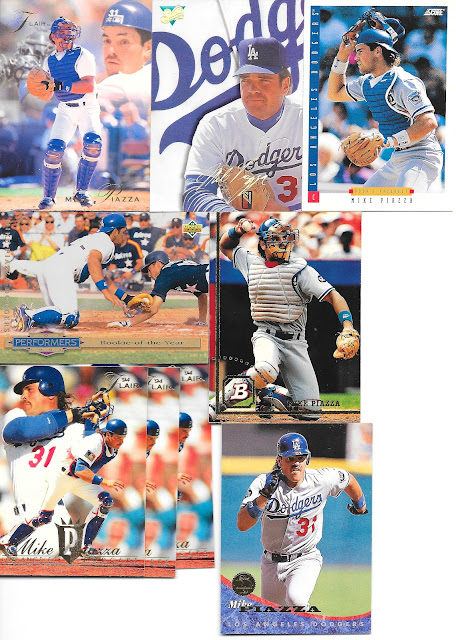 The catcher of the 90s and into the 2000s, he was a star in Los Angeles, and though a tumultuous departure, he had success subsequently with the Mets as well.
He was offensively talented for the position, and a solid catcher behind the plate as well. If you look at his WAR statistics as a measure, he was slightly above with LA defensively, and then slightly below with his time on the Mets defensively, while offensively, he ended up a career 66 offensive WAR rating. 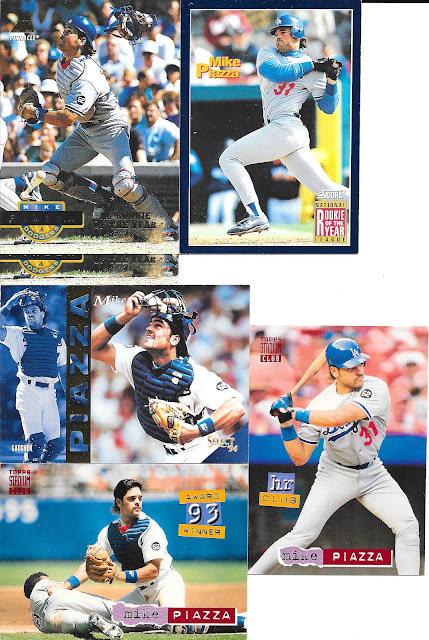 He wasn't a first year HOF entry as it took 4 years for his votes to grow from below 60% to above the 75% needed, but he did get there. 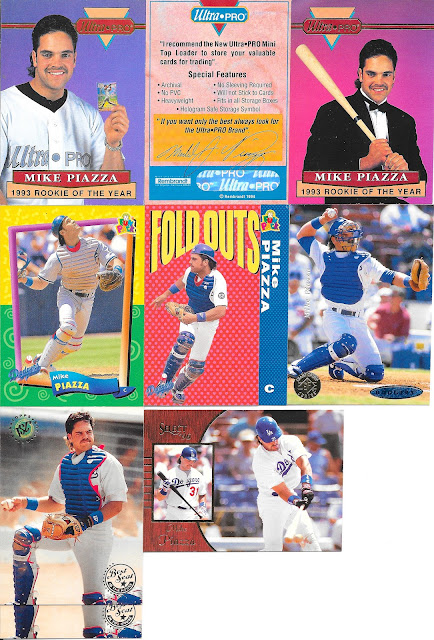 Card specific - hadn't seen these UltraPro cards with Mike, but apparently they were a limited print - and yes, this was when limited print meant 100,000. The cards were inserted one per box of 9 pocket pages, so it would take a bit to get them. A neat little card and set as you can see. 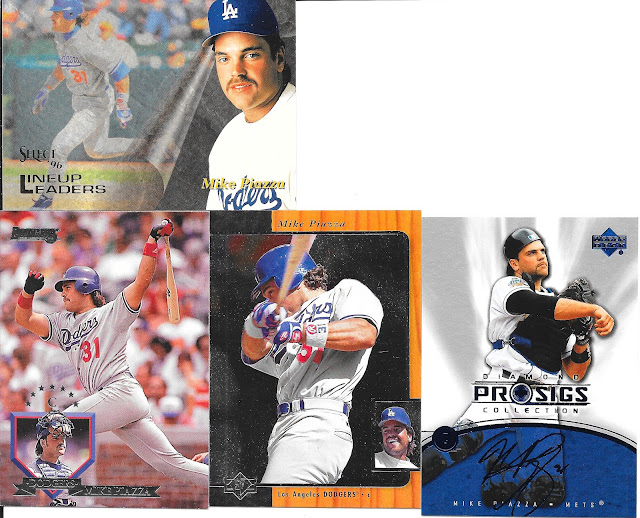 I will always consider him more so a Dodger as that is where he started, though he did end up spending more seasons, by one, in New York. 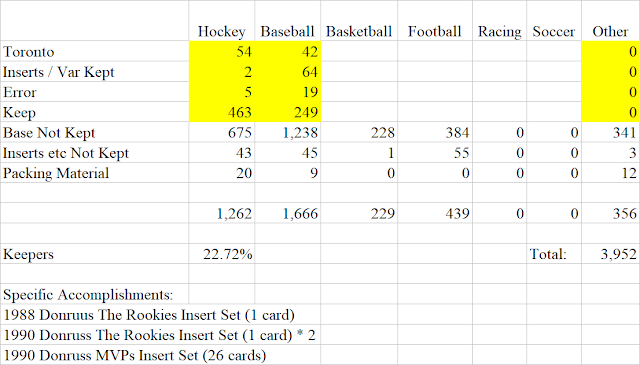