A Bit of Each

Pulling cards from this COVID lot has usually meant some kind of theme - same player, set, etc, but today, it's like a pack of assorted sports cards, which still works out just fine. 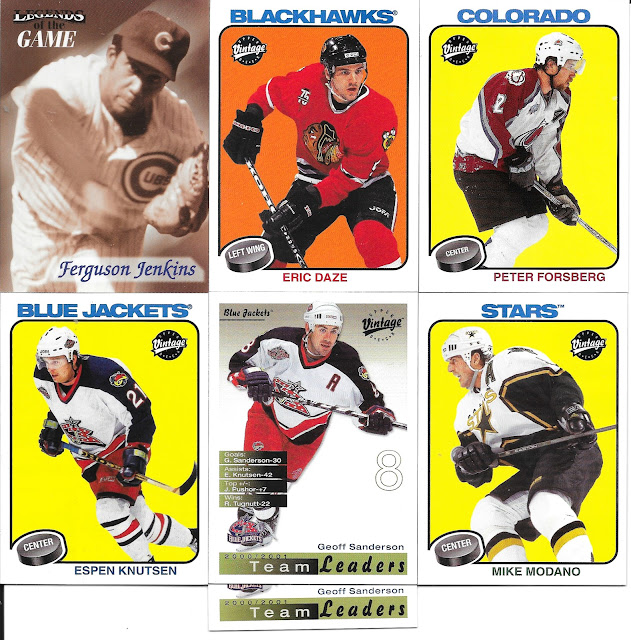 I really like that 1998 Sports Illustrated Then & Now set. I didn't know it existed until I got a fair number of the cards from a previous lot, but getting more here will be an awesome help too. Add to the fact it's Canadian-born Fergie, and that's like icing on the cake! May just be the one today, but it was a need, and brings me to 89/150 for the base set.
As for the 2001-02 Upper Deck Vintage, similar story - had a bunch in prior lots, and glad to see more needs knocked off here as I needed them all, though maybe not two copies of Sanderson. 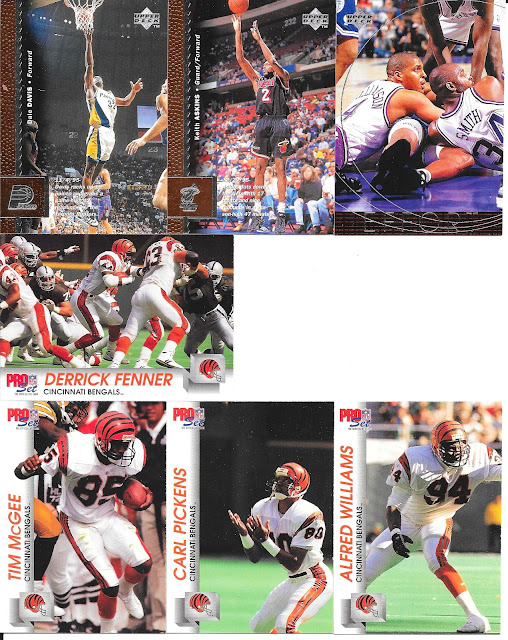 Well, I said it was a bit of each, and that would mean the other big sports too. Sets I've seen with 1996-97 Upper Deck basketball and 1992 Pro Set football. My only comment for these cards is, I have no idea why the photo for Pickens was cropped the way it was with so much air space above him, but cutting off his legs at the same time. 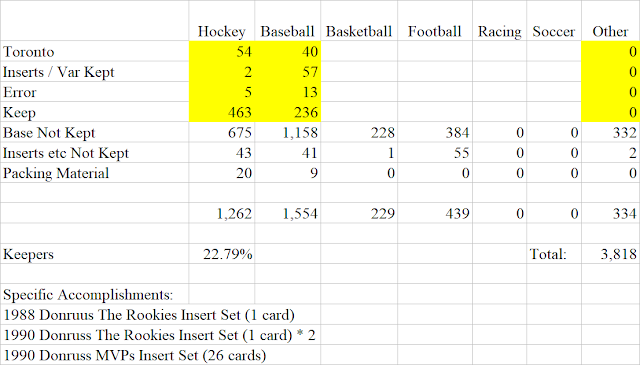