Though I will refer to the junk wax years by reference as that is what many refer to it as, I don't consider any of the sets "junk". Sure, they were overproduced, so everyone and their mother, sister and third cousin twice removed, could find them, but many of the cards are still "good". We will see some examples today. 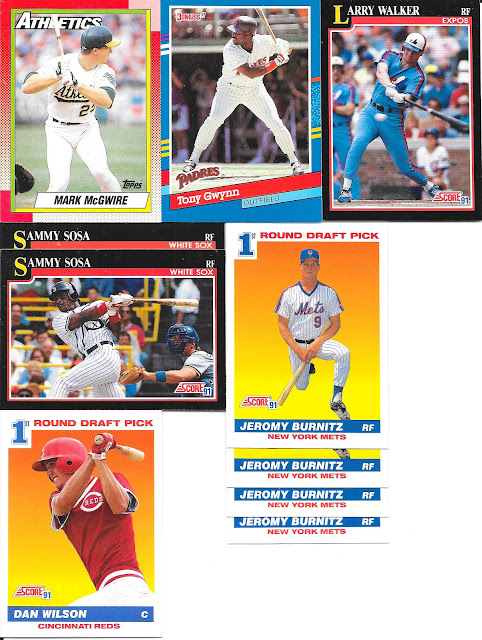 Designs so familiar, we probably don't even need to mention the sets. 1991 Score was the set I first ever had an entire box of. It was fun busting an entire box in an afternoon, sorting and seeing what I had and what was missing. I remember the big ones I liked getting were the Dream Team cards. 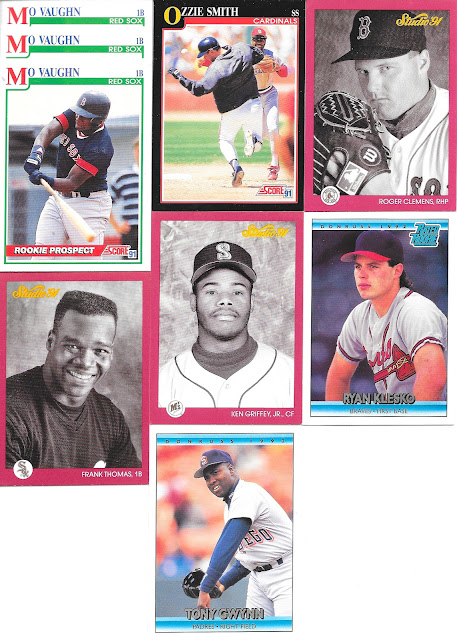 I love the 1991 Studio set and happily will knock a few of the bigger names off the set here. Griffey Jr., not surprisingly, is a name very scarce to see in lot purchases as his cards generally hold some value - or get retained in collections as people reduce what they collect. He was such a strong figure - akin to Tiger Woods in the late 90s / early 2000s, or Michael Jordan to basketball, Gretzky / Crosby to hockey. 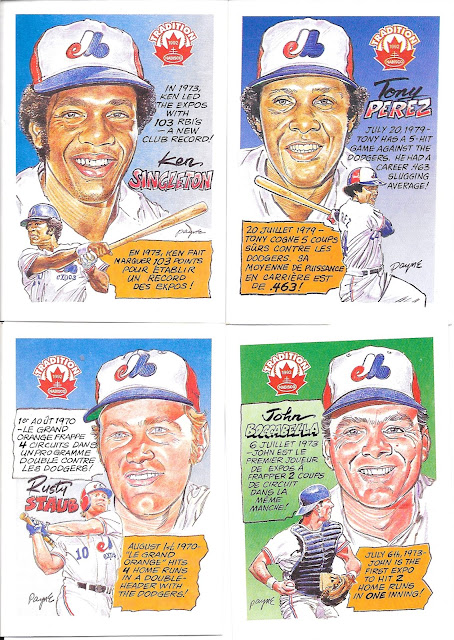 These are the stars for today though. The 1992 Nabisco set was all Jays and Expos. As much as I already have the Jays but would like to complete the set, and these are all needs, so good way to end! 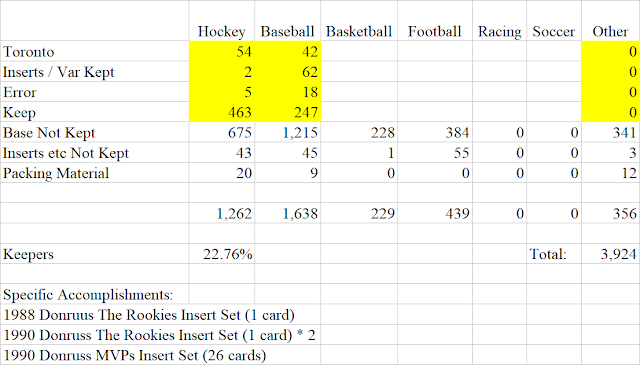 A chance to end today's post with another TCDB PWE trade, this one with BarnabyCrosby. 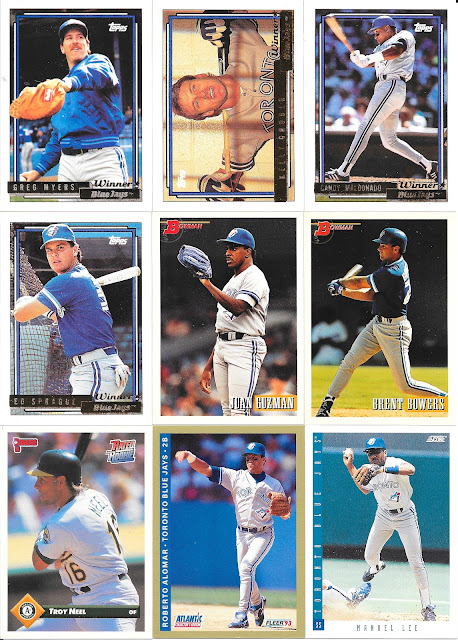 The Gold Winner 1992 Topps cards may not be expensive, but the fact that they came random on points redemption, does make them a bit harder to get, so nice to pick a few up here.
The 1993 Fleer Atlantic is a set I hadn't heard of, and I have the only Jays card in the small set. It's basically the Fleer flagship design but with a gold border and background tint on the back as well.
The non-Jay is a 1993 Donruss set build addition. 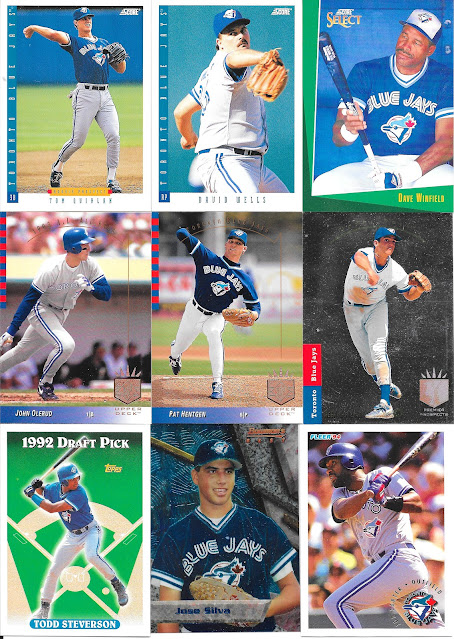 A nice bunch of Jays mid-90s adds continue the PWE. I wouldn't be surprised if I might see one or two of these come up in the COVID lot, but time will tell on that. 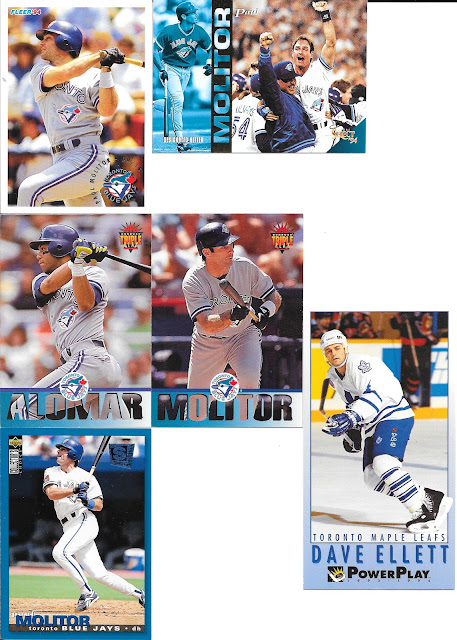 Another PwerPlay Leaf card which randomly adds like yesterdays PWE, one card from this Leaf team set. Funny that the two recent offers happened to include one, but that works for me. 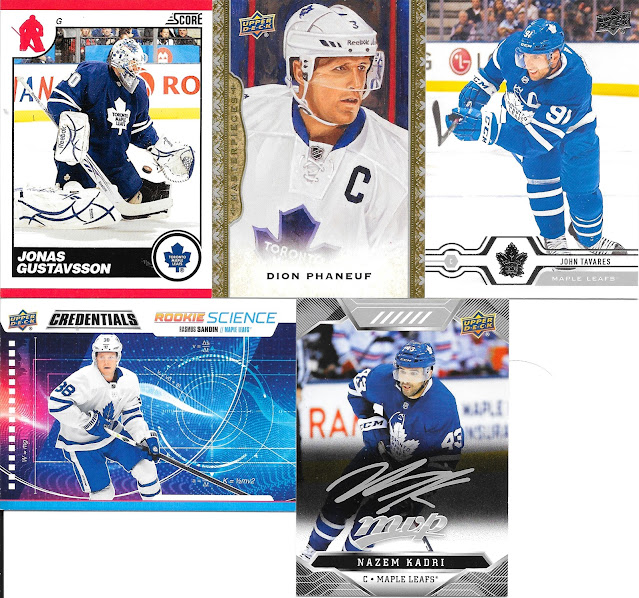 We also get to end with my first 2019-2020 Upper Deck MVP Silver Script cards with the since departed Toronto Kadri.
A great trade, and many thanks!
Posted by CrazieJoe at 8:00 AM