How Am I Not Done This?

1991 Topps has always stood out to me. With the 40th anniversary logo, the fact I actually remember getting packs regularly of it, and the design may not be overly exciting, but does what it's supposed to do, the set is one I figured I'd be near completing at this point. 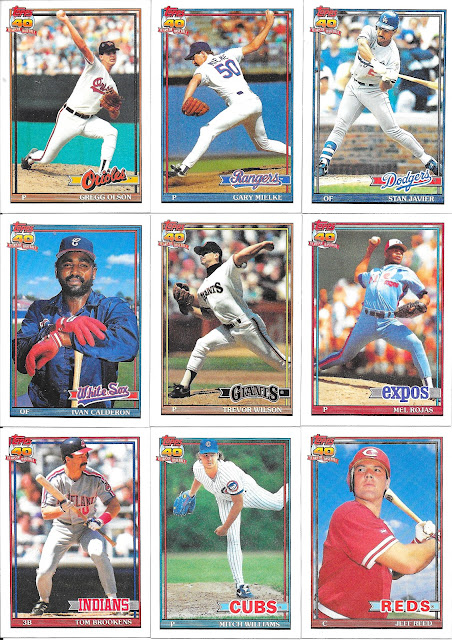 However, I am not. I still have a LONG way to go. Partially because a lot of the cards I had were O Pee Chee - and as a kid, I didn't care for the difference, but collecting again now, I do. 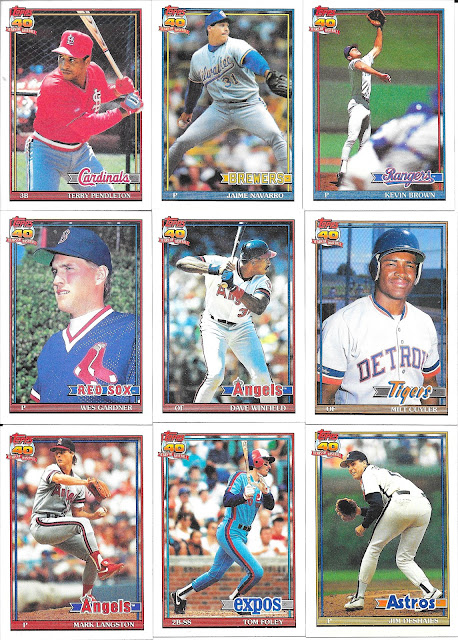 Being in Canada, that meant I only had about half the set I thought I did, but again, with TCDB, there's an open pathway to much of the set, but these card lots work too, like today and adding almost 20 more to my set build. 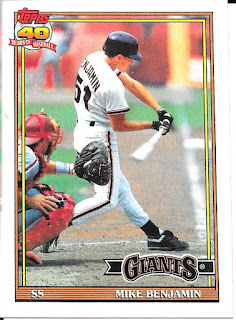 Of course, it's also about the Jays, but only one add today on that front... 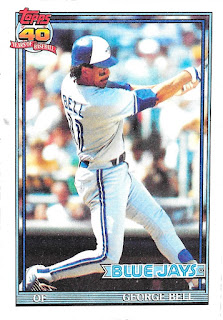 This set has one of the surprisingly expensive Blue Jays cards which I am sure some know about and I have mentioned before - the Mark Whiten hand outside the border variation (or error - not sure I consider it an error). I'd love to come across such a card in one of these random lots - but it still surprised me it goes for tens of dollars or more versus, you know, maybe $2 instead of $1 on eBay.

The three above are error cards - just back stat based issues, but still works for my collecting. As for the traders, let's go names only... 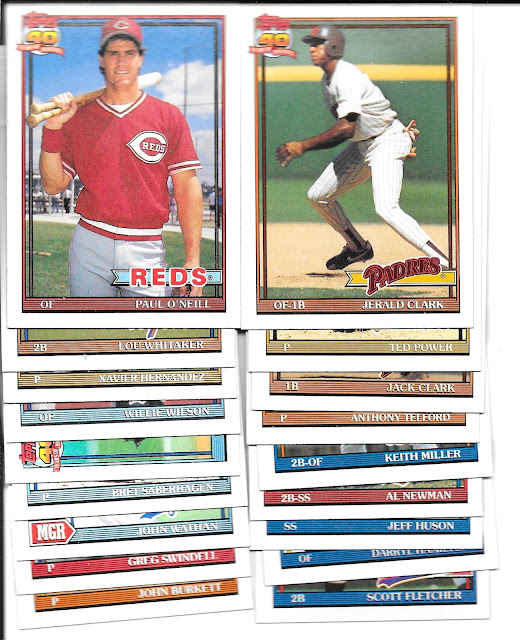 Oh, and I did check, none of these cards are dark logo back or glow backs....though I think I spied some of those.
Yeah - for those who have headaches about "INC" versus "INC." variations, the glowbacks are something else. I will say, I did buy an ultra violet light from Amazon a while back because of this set and Magic the Gathering 4th Edition Summer cards - both having different looks under the light.
Who knew it would be a supply you need when collecting cards. 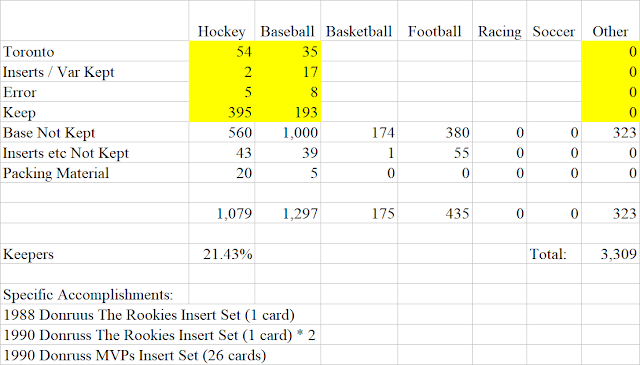 Before we go - something that a nice little PWE trade helps me start... 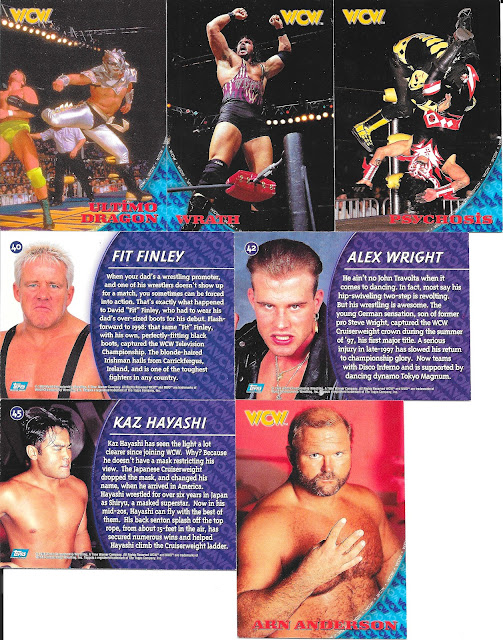 I did a small PWE trade with TCDB member TwinKiller who was nice enough to provide me with my first 15 cards from 1998 Topps WCW/nWo. Solid card design with full photo fronts and nice back write ups as you can see. Fit Finlay looks (relatively) young, and Arn I swear, has looked the same since he was 20. 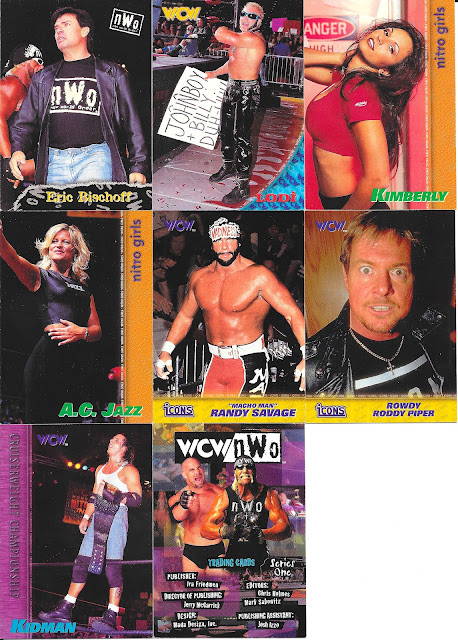 The nWo was so huge for wrestling, it was ridiculous. The Monday Night Wars were amazing for wrestling. That said, it's amazing to think of the options available right now when it comes to wrestling. Back then, it was WWF, WCW and maybe ECW for three. Now you have WWE, AEW, Impact Wrestling, ROH (in whatever version it will be now), MLW, NWA, and options overseas as well.
We may not have the Nitro Girls anymore, and they had their time and place, but happy we have moved on and have the women's divisions tearing it up in the ring now.
Appreciate the new cards from a new to me set.
Posted by CrazieJoe at 8:00 AM