A Set That Moved

I don't collect this at all, but what I had before moved pretty quickly... 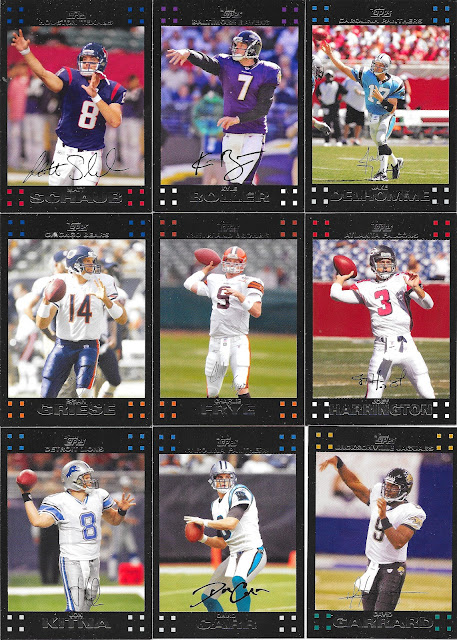 2007 Topps football is a set I saw a bunch of in one of my earlier lot purchases - I think I ended up with about 300-400 cards from the set which has been reduced to less than 50 by way of trades. I have no idea what I really got in exchange, but obviously would have been for cards in my collection, so that is a solid turn around. Due to that, I am not too upset about getting 125 cards from the set here today. 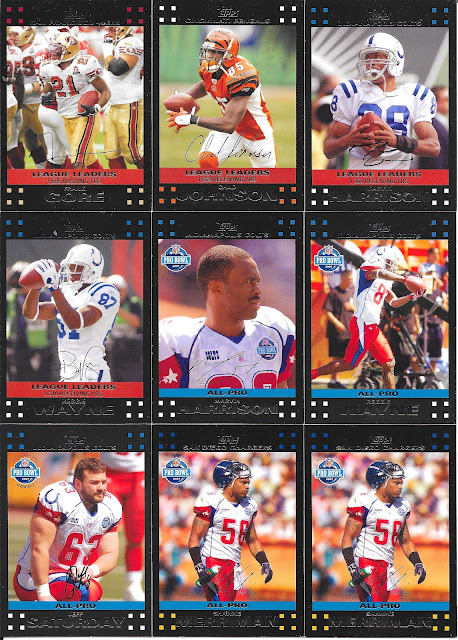 Given the cards will move and we have some of the solid cards here including a bunch of the subset cards, that's good. Not too many have dupes in the 125, but there are a few. 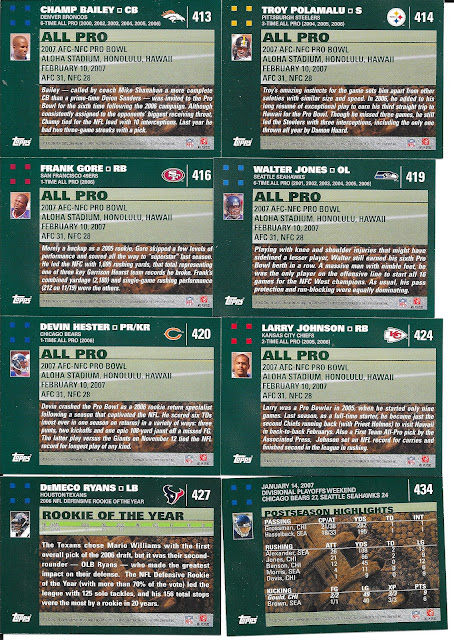 Topps used this design across sports, so it is familiar, and the backs are set the same too. 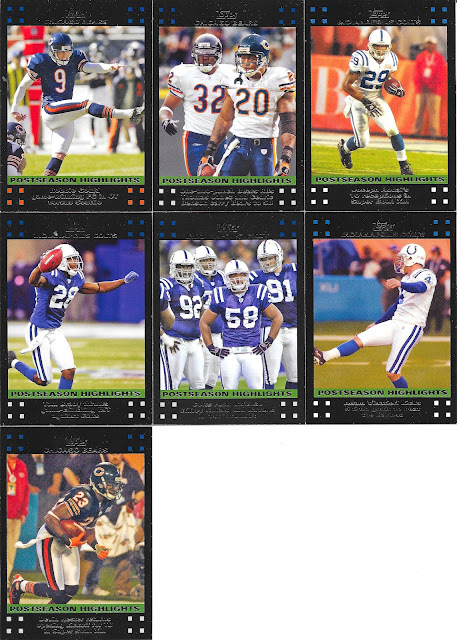 As I said before with this set, like Magic cards, the black border can look nice, but knicks up very easily so condition can be an issue. Anyway, a decent set, so if anyone does collect and wants a start, let me know, or as always, check out my for trade cards at TCDB.